Way down on the Suwannee River 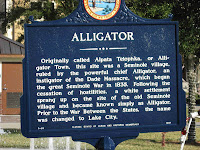 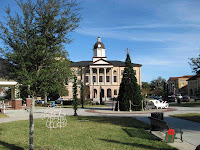 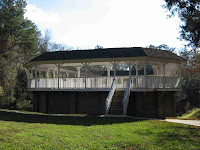 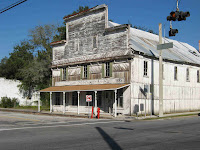 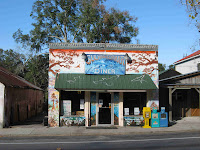 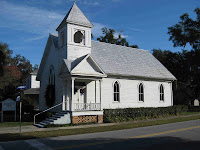 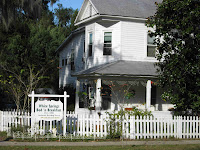 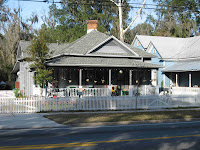 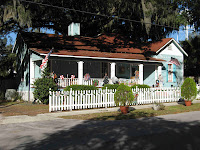 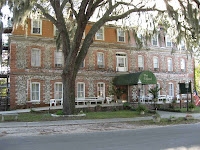 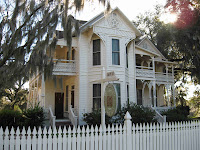 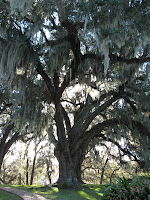 6 December 2007
We are camped along the Suwannee River, in the heart of the Suwannee River recreation area of Florida. This area of Florida has been popular with settlers and travelers since the early 1800’s due to the climate and the hot springs that have been abundant in the Suwannee River Valley. In fact, the Seminole Indians believed that the springs had medicinal qualities. This brings to me to the topic of this post. There is not great deal of historical places to visit in the area and most of the towns near here could be considered mundane.

We first visited Lake City, FL which is clean but not particularly interesting. It requires that you look under the surface to realize that it was a major Seminole Indian village until the early 1800’s. As is the case with most of the history of this country, the Indians were a hindrance to the expansion of the European settlers, which led to pressure on the Indians that in turn led to the famous Dade massacre of 1835 led by the Seminole Chief Alligator from the village that is now Lake City. This started the Seminole war, which was the longest war, the United States was ever engaged in. So even the most unobtrusive places can have an amazing past.

We next visited the town of White Springs, which was the first real tourist town in Florida. It was very popular from the mid 1800’s until the early 1900’s as a resort with a number of hotels with various levels of luxury service. What made the town popular was the White Sulfur Springs along the Suwannee River that were thought to have healing and recuperative qualities. There was a spa built around the main spring at the edge of the town on the Suwannee River. Once the tourist started heading further south, the town quickly faded into history. Perhaps its last claim to fame was as a WWII prisoner of war camp located here, where a good number of the prisoners chose to stay after the war rather than return to Germany. What is left is a small reminder of its former short lived glory and the Stephen Foster State Park.
Posted by Chuck and Anneke's RV travels at 1:52 PM

That tree is just amazing! Wish I could walk into Home Depot and buy a tree like that and have it delivered/planted.