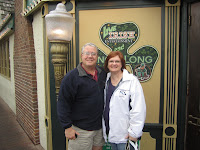 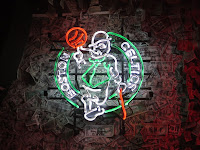 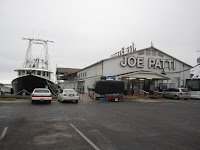 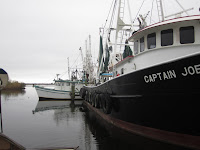 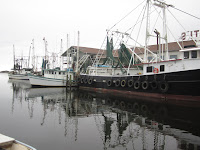 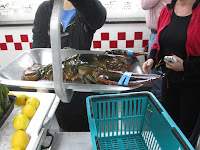 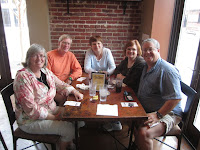 The last couple of days have been busy and fun. Yesterday, we got together with fellow bloggers Paul and Marti. Paul also happens to be a fellow Coastie , so in addition to the RV conversation, we covered a bit of Coast Guard stuff. We enjoyed a hearty lunch at McGuire’s Irish Pub in Pensacola. It was great to meet another full time couple.

After lunch we headed to our favorite local fish market, Capt. Joe Patti’s. They have their own fleet and the Gulf caught fish is always right off the boat. They also have guaranteed fresh fish from other parts of the world, as well. In you are in Pensacola, it is a great place to get your catch of the day.

In the evening, we had the final campground party of the season. Not that all the snowbirds are leaving yet, but soon the spring breakers will start arriving.

Since Paul is much faster than me at getting a blog post out last night, Paul and Mary saw it and sent us an email to join them for lunch today, when they planned a lunch with Paul and Marti. Needless to say that was too good an offer to pass up. So today we headed back to Pensacola and enjoyed another great lunch and conversation that quickly consumed several fun hours. It was really an enjoyable way to spend an afternoon.

Posted by Chuck and Anneke's RV travels at 7:48 PM 9 comments: 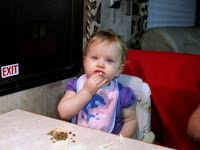 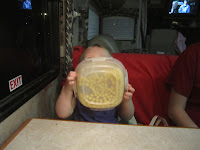 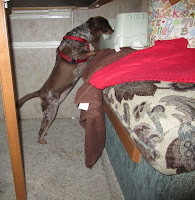 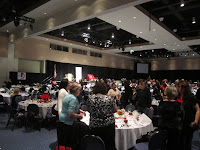 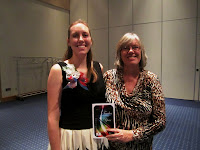 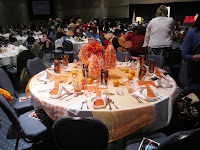 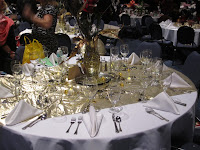 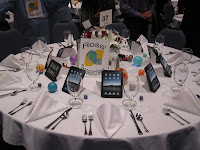 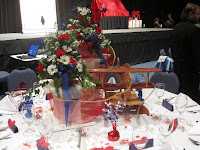 After recovering from a two week struggle with a particularly nasty cold bug, we were just in time to enjoy a couple of special events. The first was Victoria’s first meal in the motorhome. She seemed to enjoy the broiled salmon, if throwing it all around is a sign of enjoyment. It was a fun dinner and Halley really enjoyed participating in the cleanup.

All in all it was a great way to get back into action after our confinement.

We hope you are all having a great day! I did get a gift from my sweetheart. It is very cute, but I am still trying to decide what her message is:)

The Netherlands is currently occupied not so much with the severe weather in Europe, but rather that this may allow the skating race known as the Elfstedentocht to be run. This race has been referred to as almost mystical. It is a 200KM (125 mile) race between 11 Frisian towns in the north of the Netherlands. It is not very often that the weather conditions allow the race, since at least six inches of ice is necessary across the complete route which includes canals, rivers, and lakes. It is expected that more than 16000 skaters will take part.

Now you may be wondering why this is a topic in a RV blog. In 1997, we were living in the Netherlands and were one of the many who braved the freezing conditions to watch the race. We were up before dawn to head to the town of Balk, so that we could watch the lead group of the race come flying through the town’s main canal.

I had purchased a sweatshirt from the 1987 race, so I would look like an old hand. Later we learned that the reason the shirt was so cheap was because the race that year did not actually took place. It had to be cancelled due to unsafe ice. It was so cold that we went back to Anneke’s parent’s house and watched the race in comfort. Later in the day we followed along the route to see the race at various points.

It is truly a Dutch tradition that is not to be missed if you are lucky enough to be there in one of the years that it occurs.

We are hoping that the weather continues to get colder, so the race can be run again after 15 years of waiting.

In addition to the race, this cold weather allowed us to spend some time enjoying some Frisian traditions ourselves, since Anneke’s parents lived on a canal in the boating town of Lemmer.

Victoria’s first birthday bash was a big success. Her fellow toddlers seemed to have a good time along with the moms. The gifts and cake were all great and the party was rowdy but fun for all.

There was even a visit from Victoria’s aunt Katie via Skype. Her generation will find this technology unremarkable. I can only wonder what new gadgets will be around for her tenth birthday.

I am glad to report that the pink car was a big hit.

I was also pleasantly surprised that none of the kids had a meltdown during the event. What more could you ask for:)

Preparations for the big day 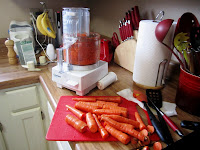 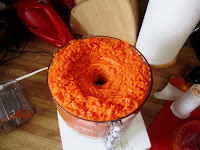 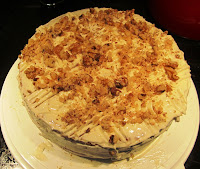 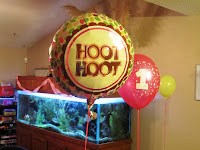 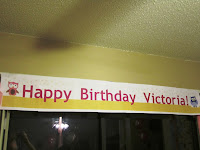 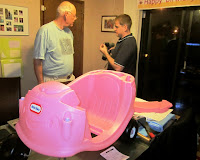 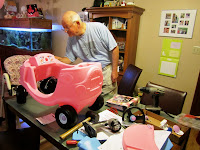 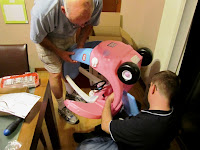 This weekend was Victoria’s first birthday. This milestone was going to be celebrated with a small gathering of friends and family. But first there is the preparation. Now, our kids left the nest some time ago and I had forgotten some of the rituals that went with this kind of party. We had to decorate, make the birthday cake and the dreaded assemble the toys routine. I had promised myself that I would never buy something again that said: some assembly required. Clearly, I failed to take into account the parents plans.

Making the carrot cake involved me only as far as prepping the carrots. No Problem. Since mom had the forethought to get a bottle of helium, getting the balloons filled was also no problem. Then came the -easy to assemble- Little Tike Cozy Coup which was another matter. The instructions that came with it were nearly useless, but we were able to go to their web site and watch a step by step video .It was pretty good, as long as you turned the volume down on the music. Two hours later, it was done.

Now the preparations are complete, next phase-the celebration!