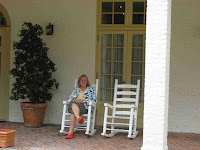 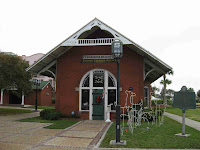 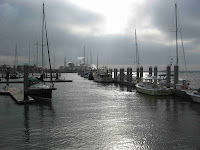 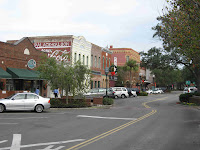 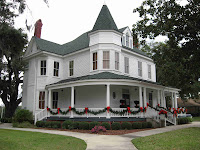 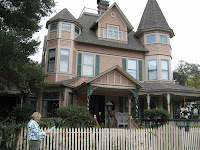 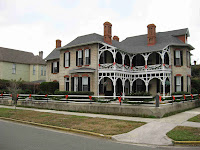 28 November 2007
We headed to Amelia Island today, but first made a stop to visit a plantation on St George’s Island. This was the Kingsley Plantation for a number of years in the early 1800’s. If you are familiar with the background of cotton plantations in the south, it was not remarkable except for a few interesting facts. First, thru skilled management techniques they managed to expand the plantation from just under a thousand acres to over 32000 acres. The most interesting fact was much more personal. Zephaniah Kingsley purchased a 13 year old slave (Ana) in Havana directly from a ship which brought her from Africa. He fathered three children with her. Several years later, he freed her and her children. He eventually married her and she became his partner in the plantation. Because of a change in Florida law that impacted her rights to hold land and other property, he moved his family to Haiti. After he passed away, she returned to Florida to claim his property left to her in his will. A Florida court denied her claim based on race and she appealed to the Supreme Court and was granted her property. At the time, she was likely the most successful former female black slave in Florida. Also of interest to me was the fact that during her time as a freed slave in Florida, she owned a farm in her own right and owned black African slaves of her own.

After passing thru the large new resort areas and mega housing developments that are threatening to sink the south end of Amelia Island, we stopped at the oldest town on the Island-Fernandina Beach. This has been a busy town since before the struggle for independent from Britain. It sits along a busy waterway; which has provided much of its success. Today, this small town is a regular stop for the waterborne snowbirds seeking the winter sun. Among its attractions are the many Victorian era homes and a recently opened Island Museum. Also of note, is the oldest operating saloon in Florida located on the main street.

Certainly, if we still owned our sailboat, it would be on our list of places to drop anchor for awhile.
Posted by Chuck and Anneke's RV travels at 3:16 PM