This area is definitely different than New Orleans, but we still had a great parade on Navarre Beach.  This was our first time at the parade and had no idea what to expect. It was a long line across the bridge and there is limited parking on the island.  So we were a  bit surprised when we arrived at the turn to go into the county beach park that there was still so many parking spots open just a short time before the start of the parade.  As we headed across the street to the parade route along the only thru road on the island, it was quickly clear why we found empty parking spots in the park.  During the parade they allow people to park along the road and basically set up a day camp. 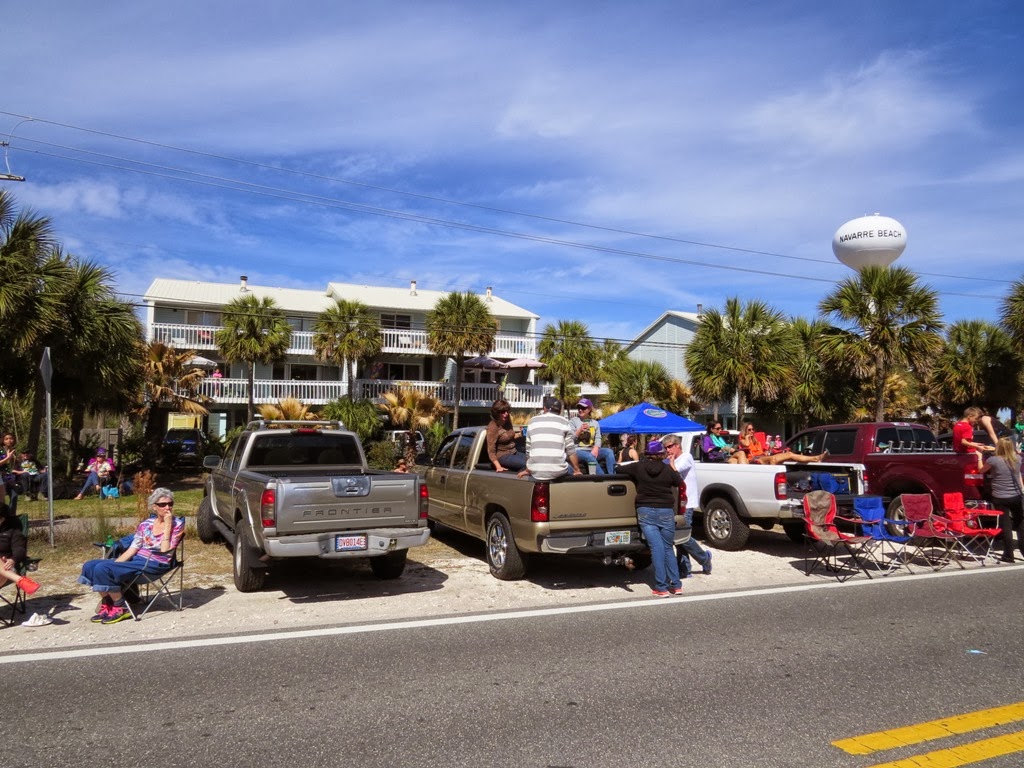 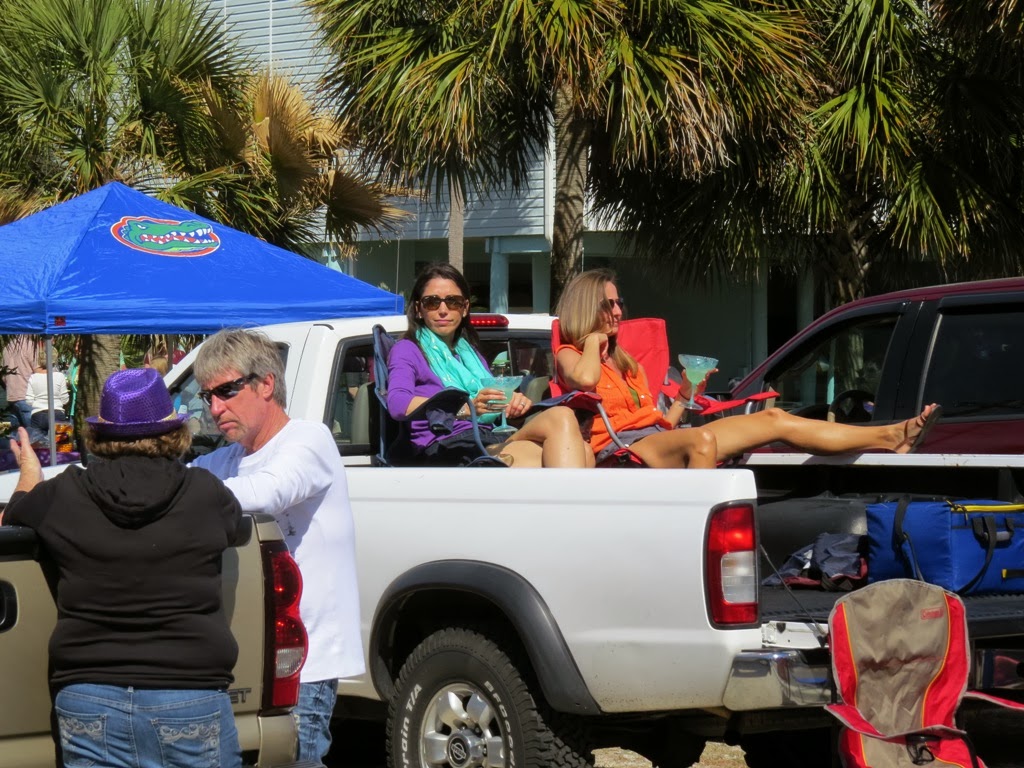 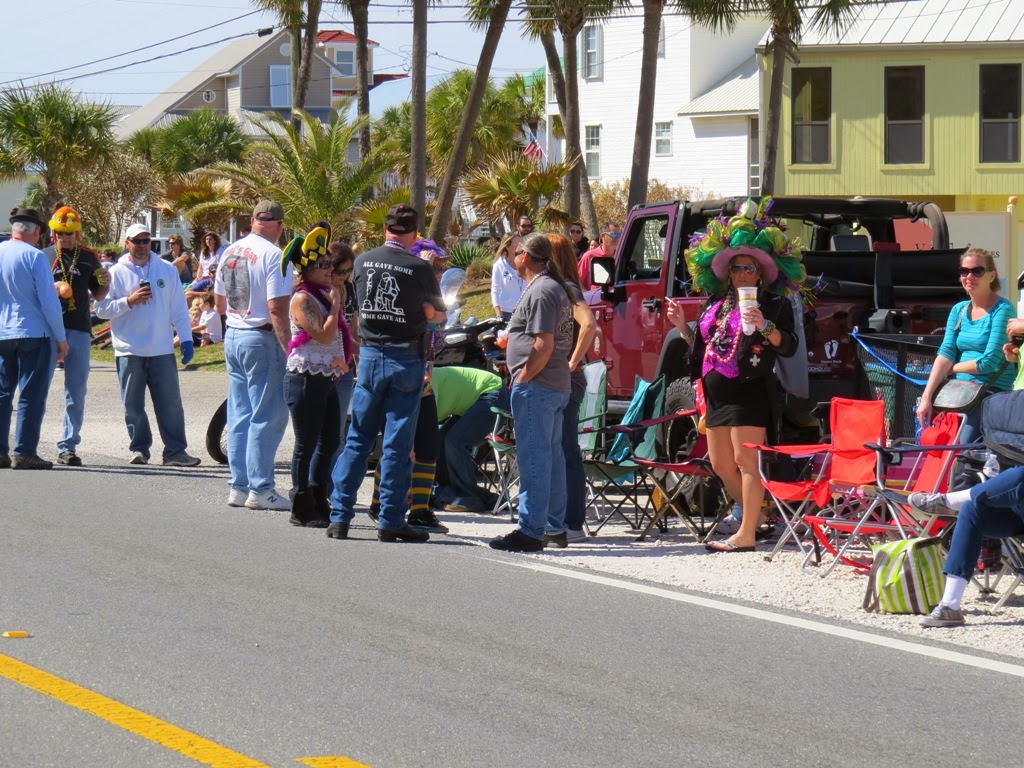 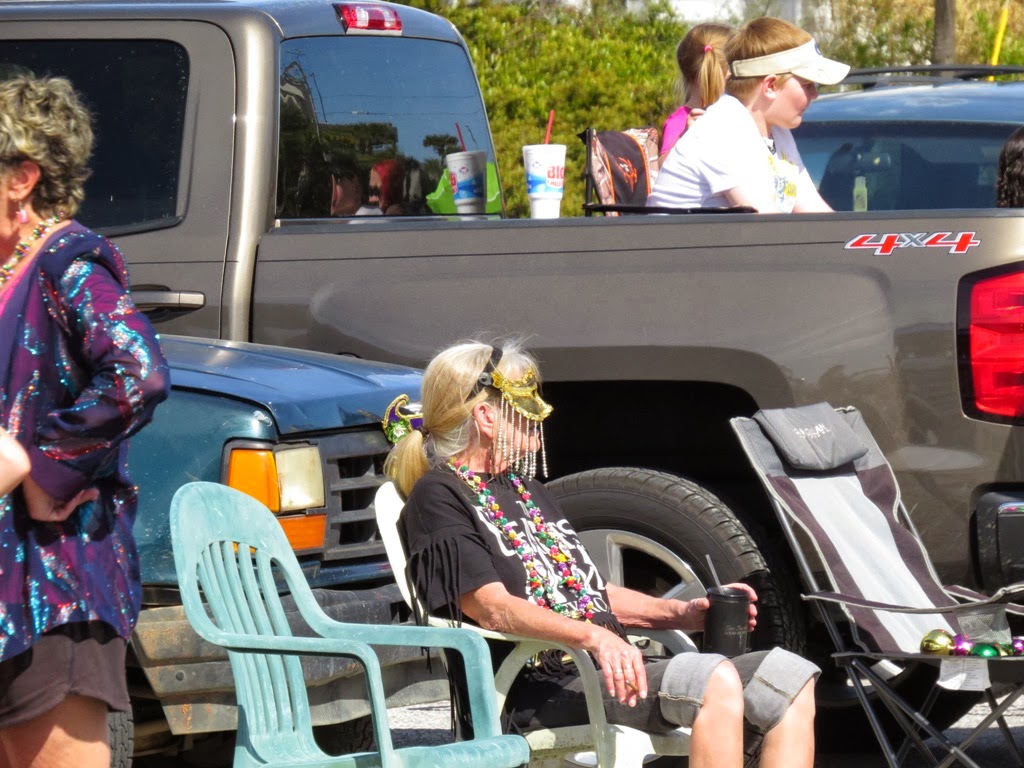 The parade itself was bigger and better than I expected.  But the most interesting part was watching all the people have fun.  As we were wandering along the parade route we happened upon a couple we know from Emerald Beach RV park, where we stayed every time when visiting our daughter and family.  We ended up spending the rest of the parade visiting with them as the show flowed by. 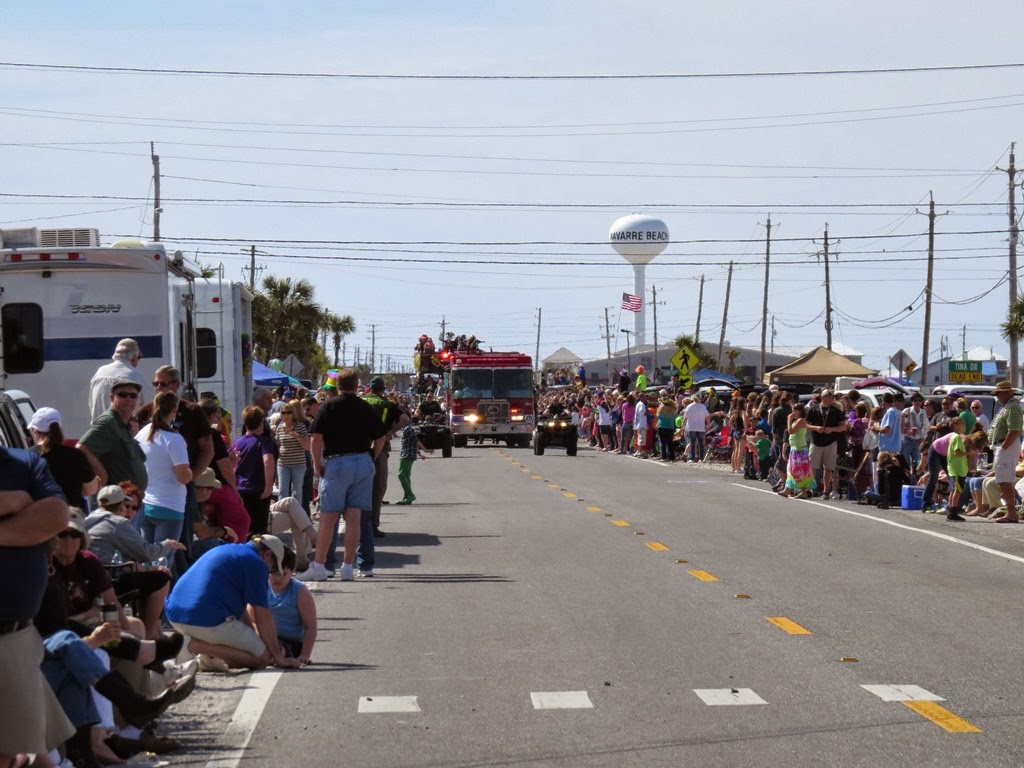 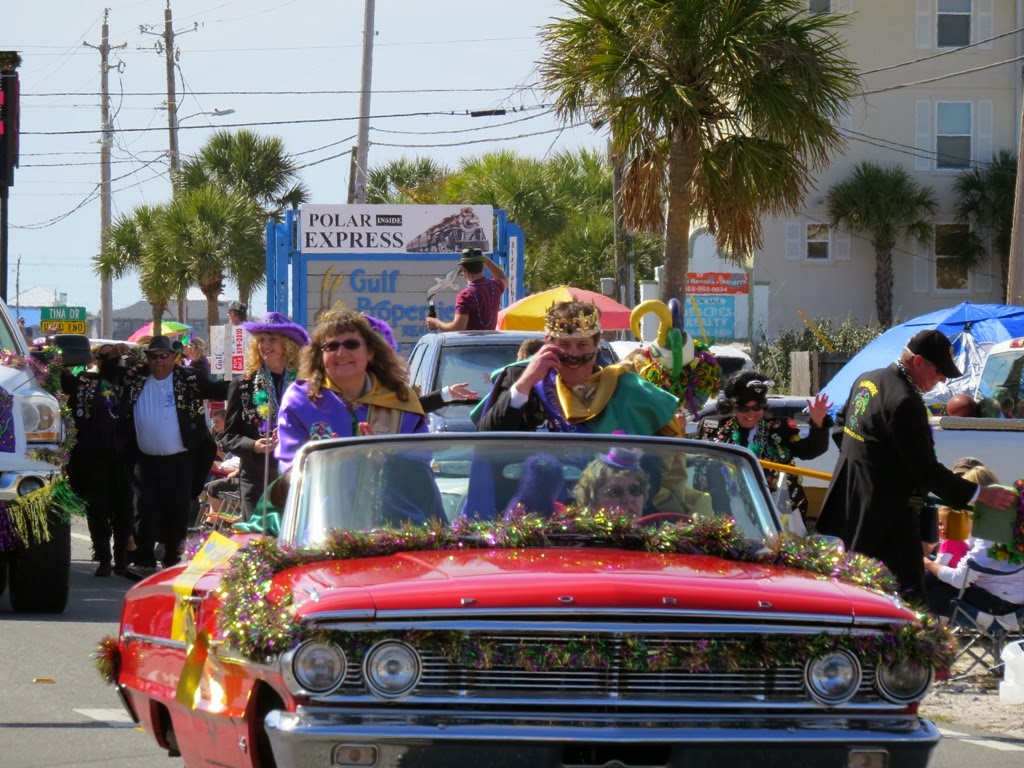 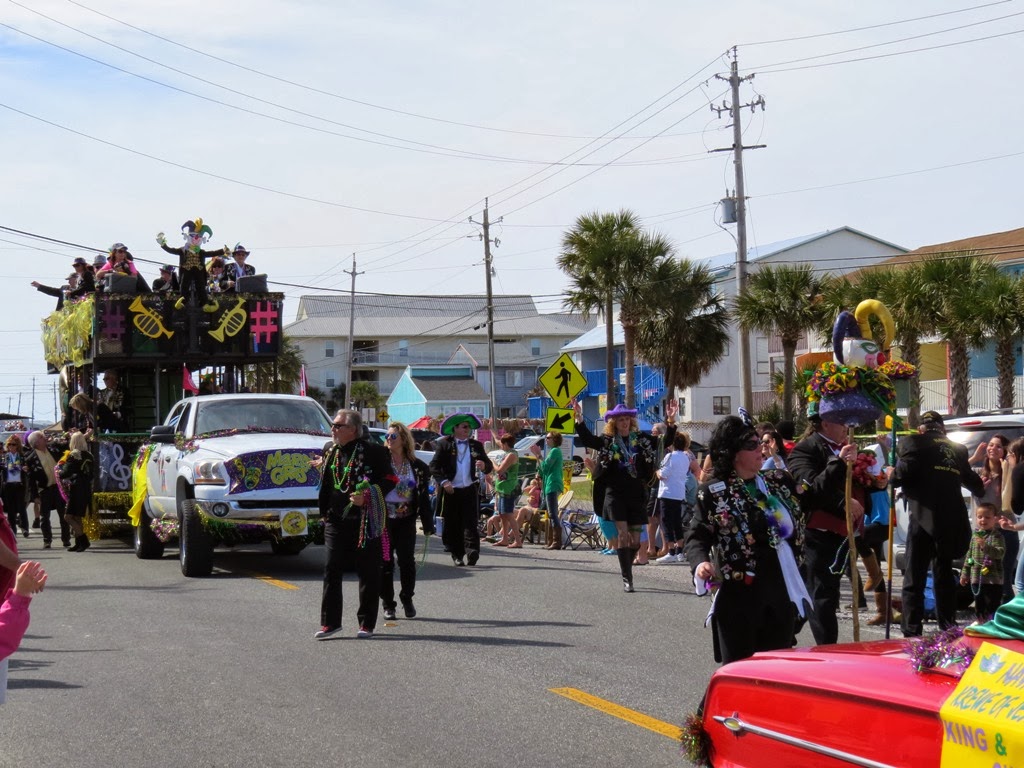 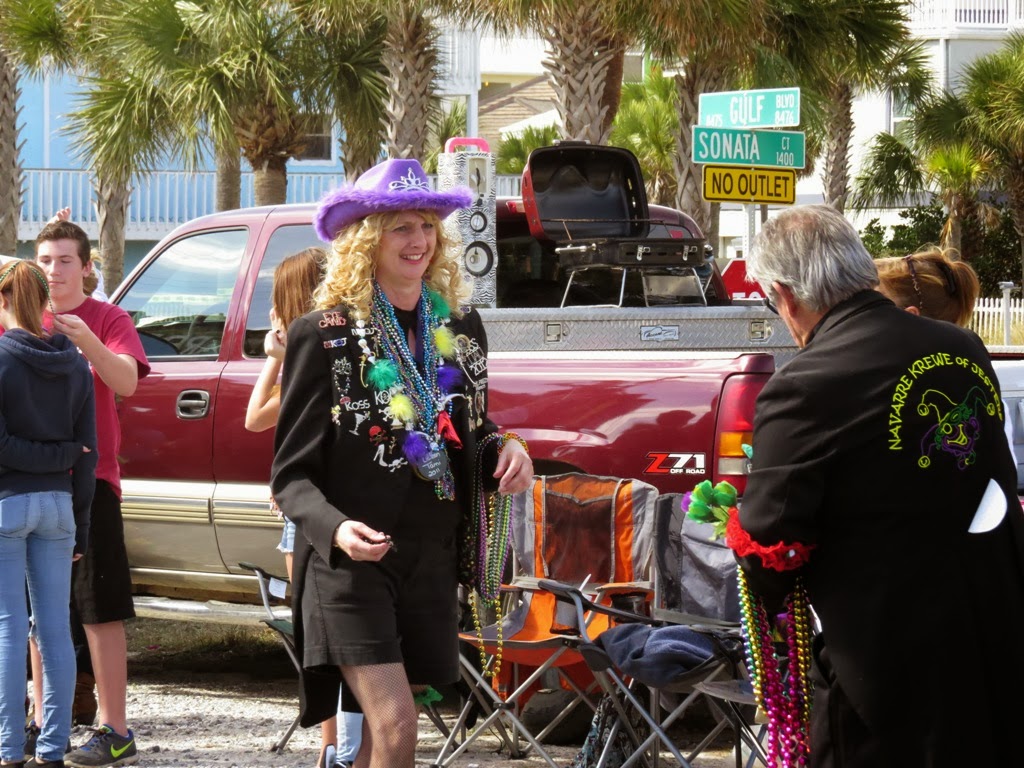 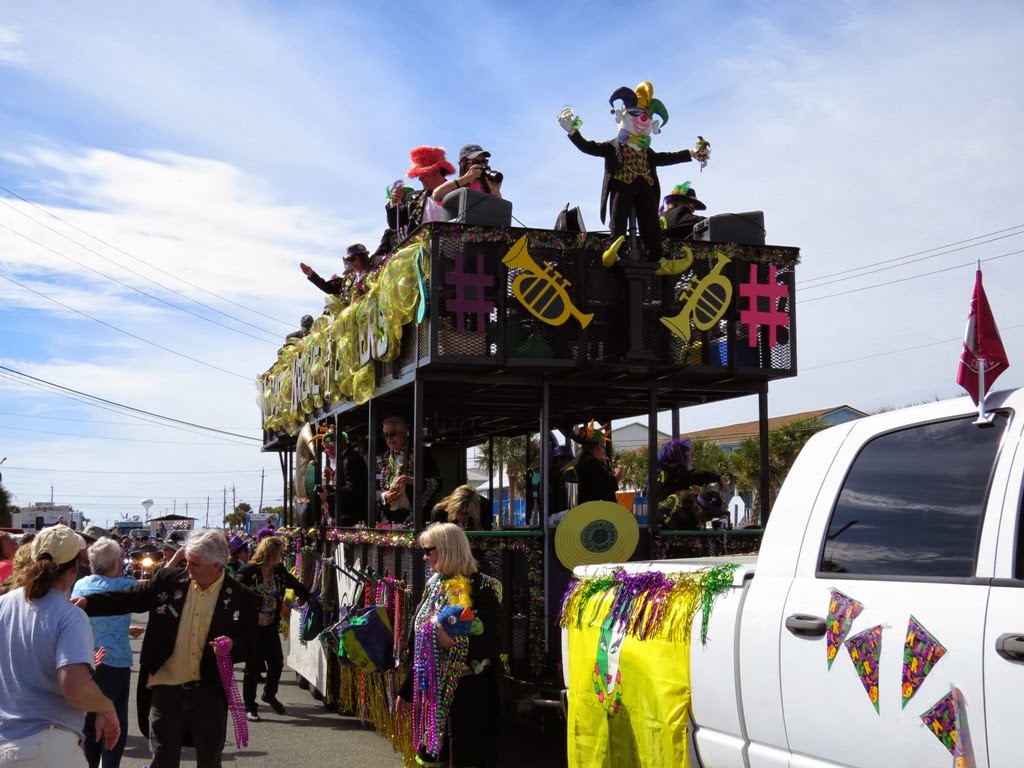 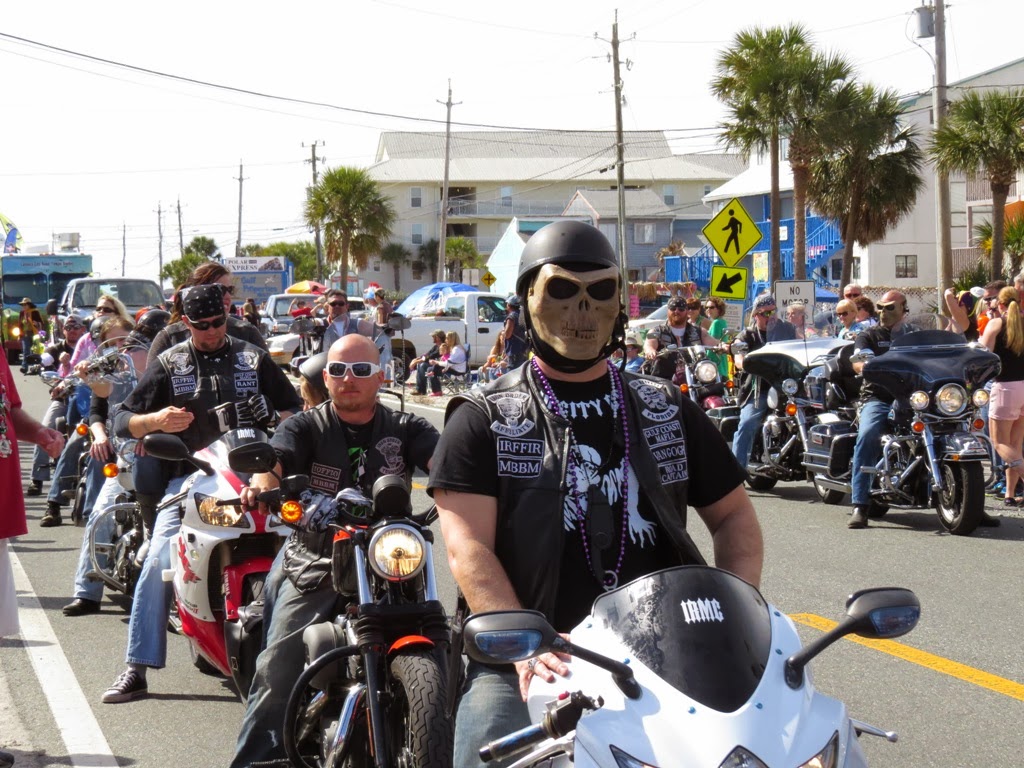 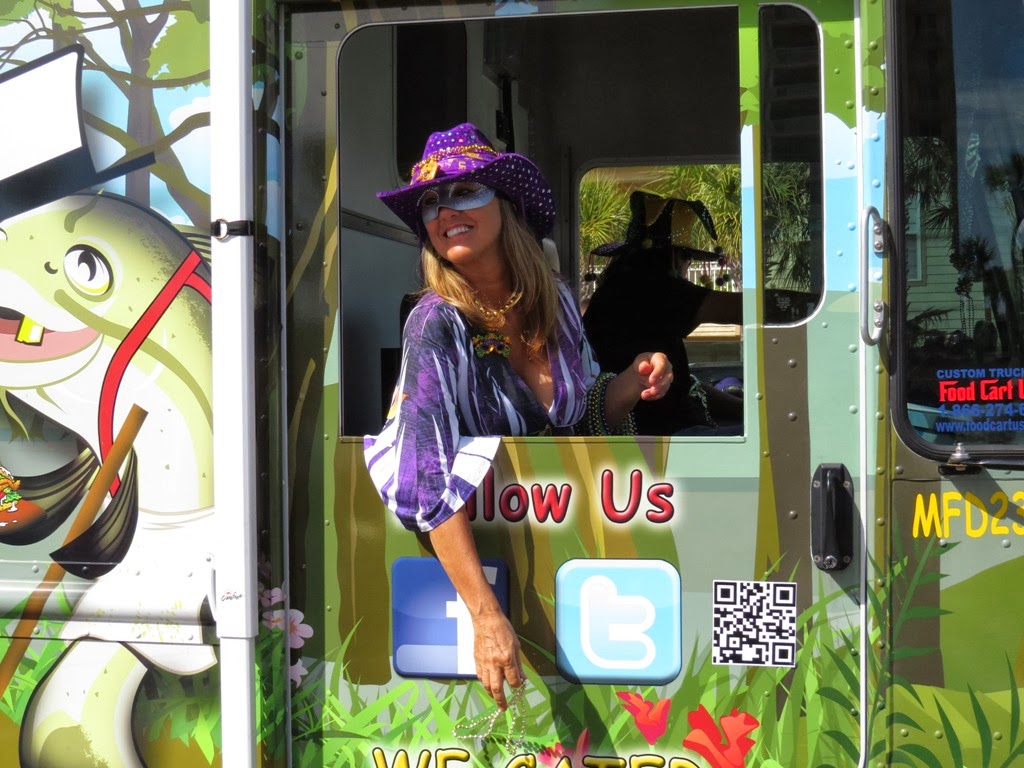 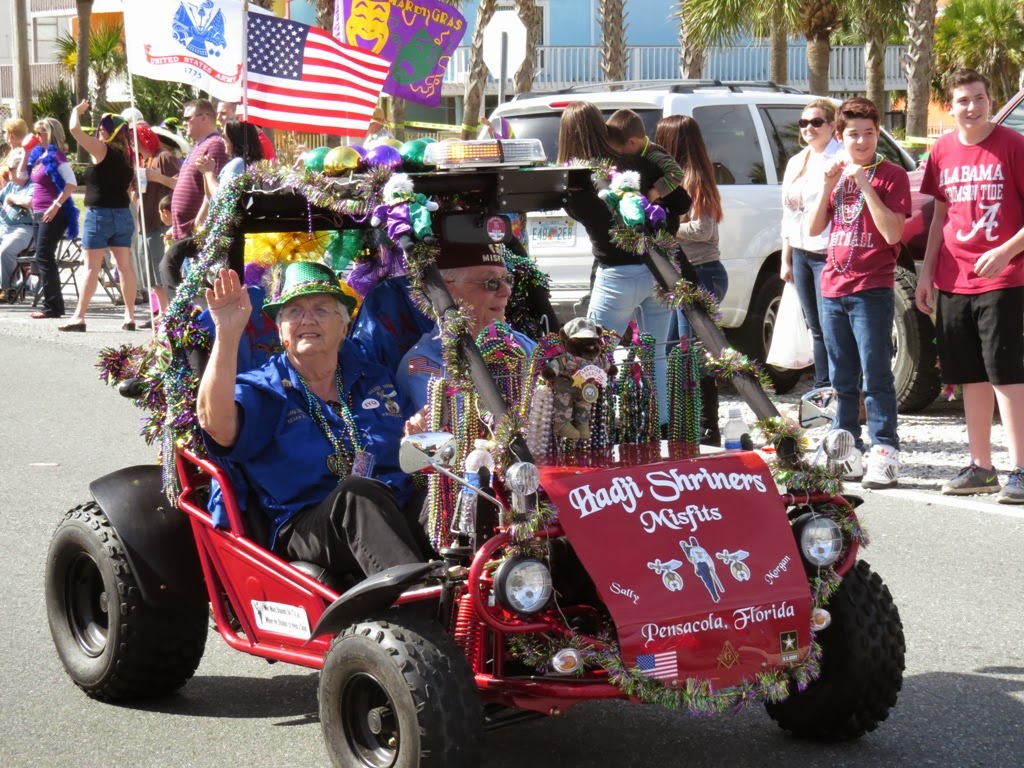 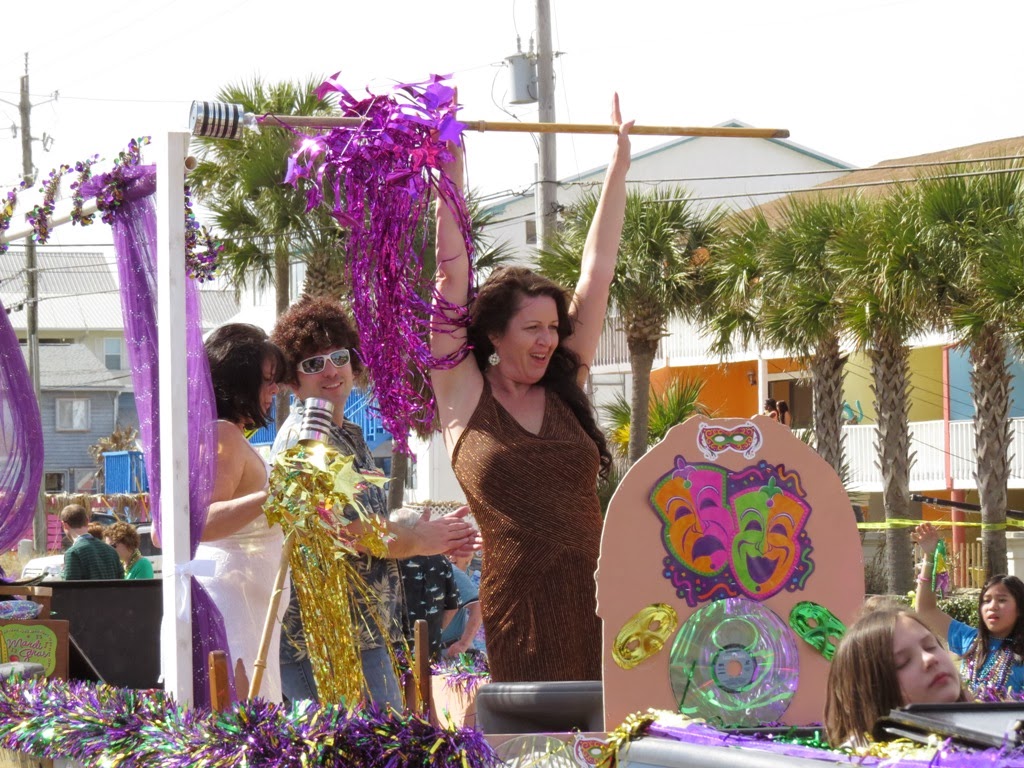 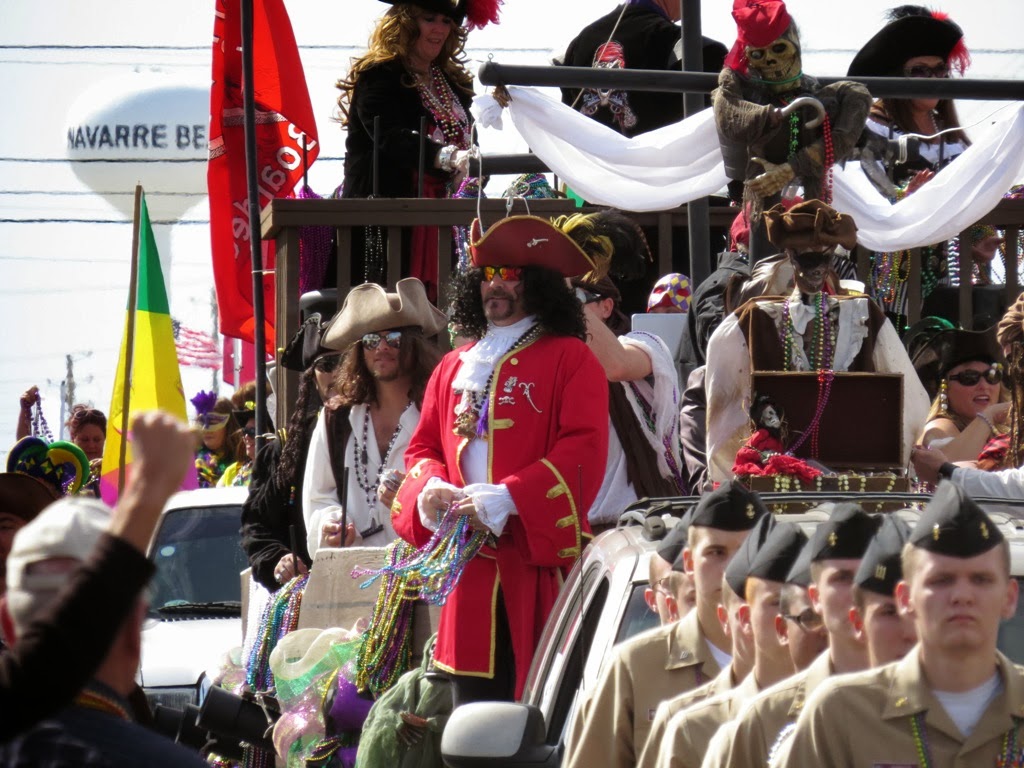 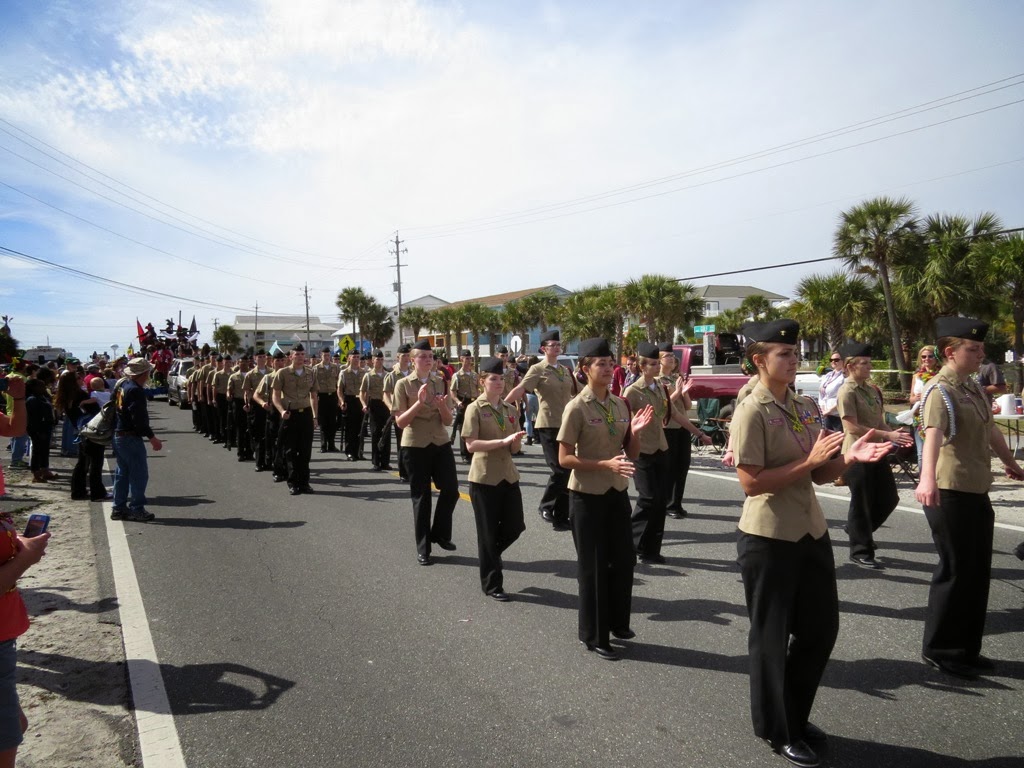 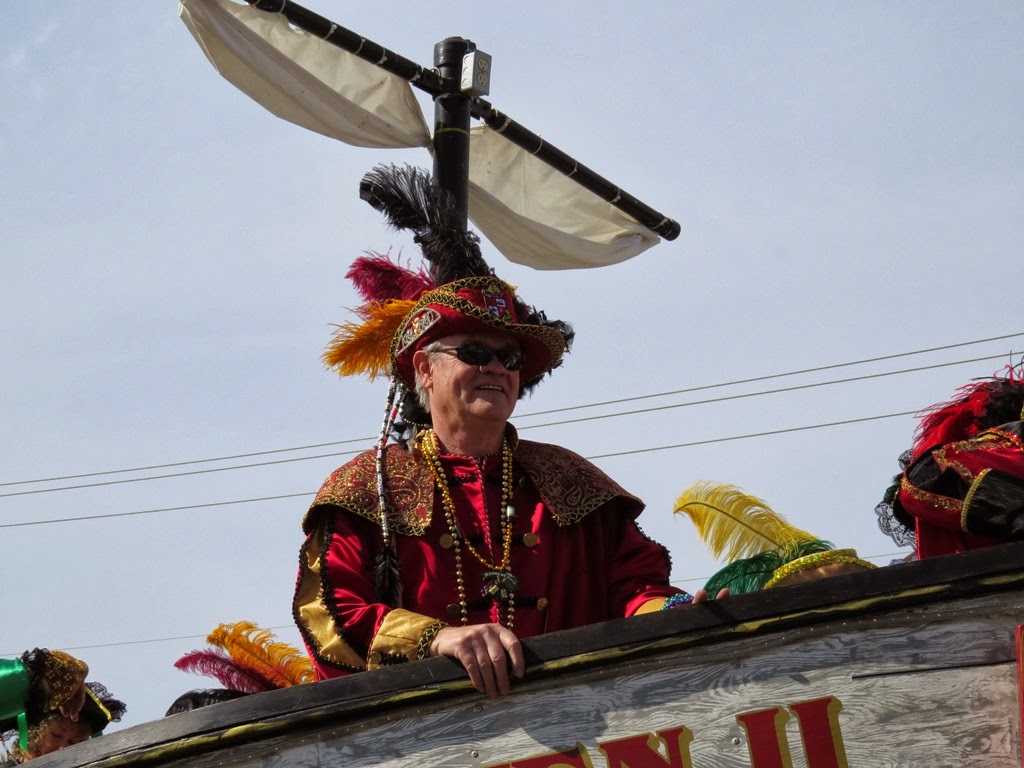 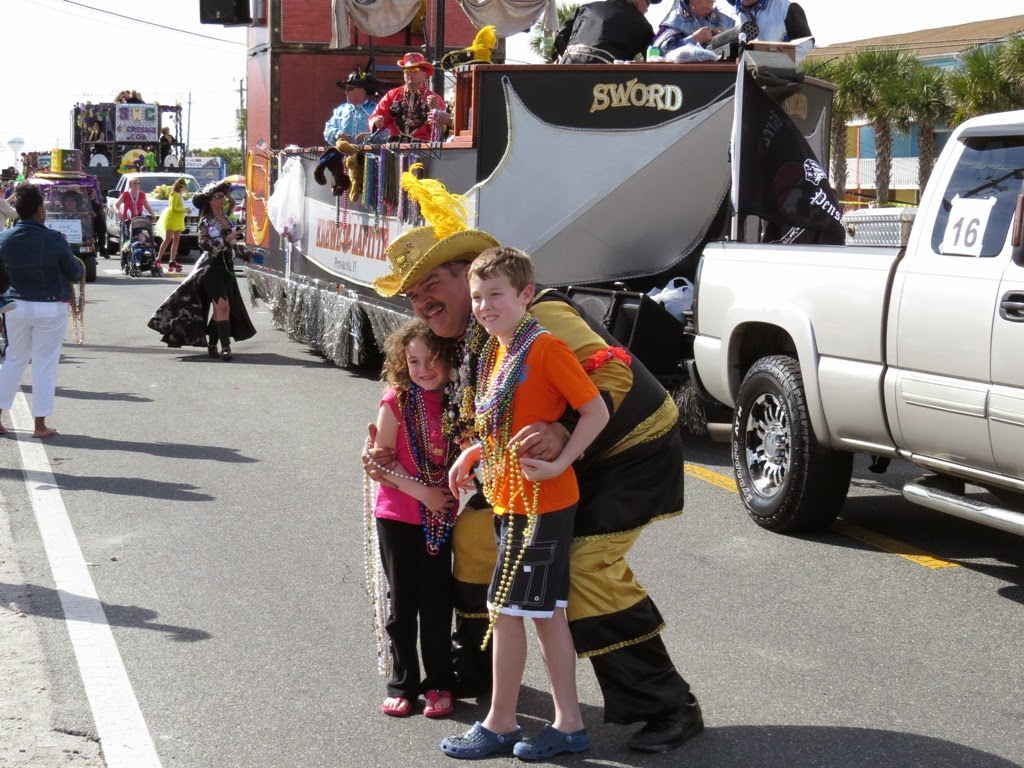 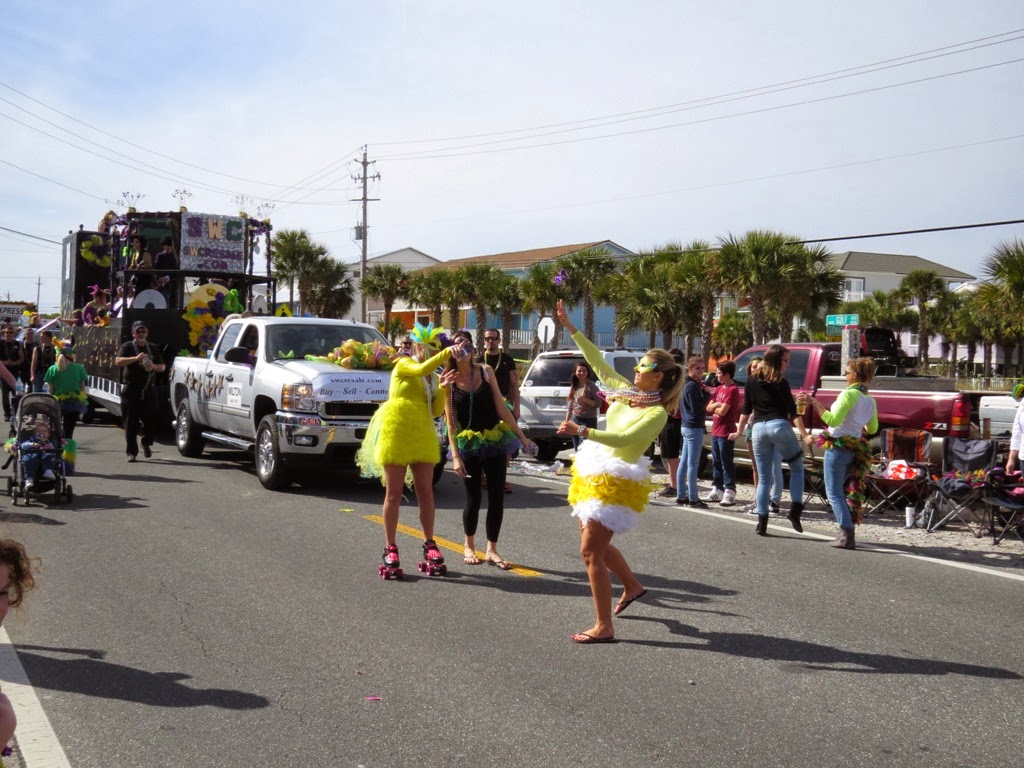 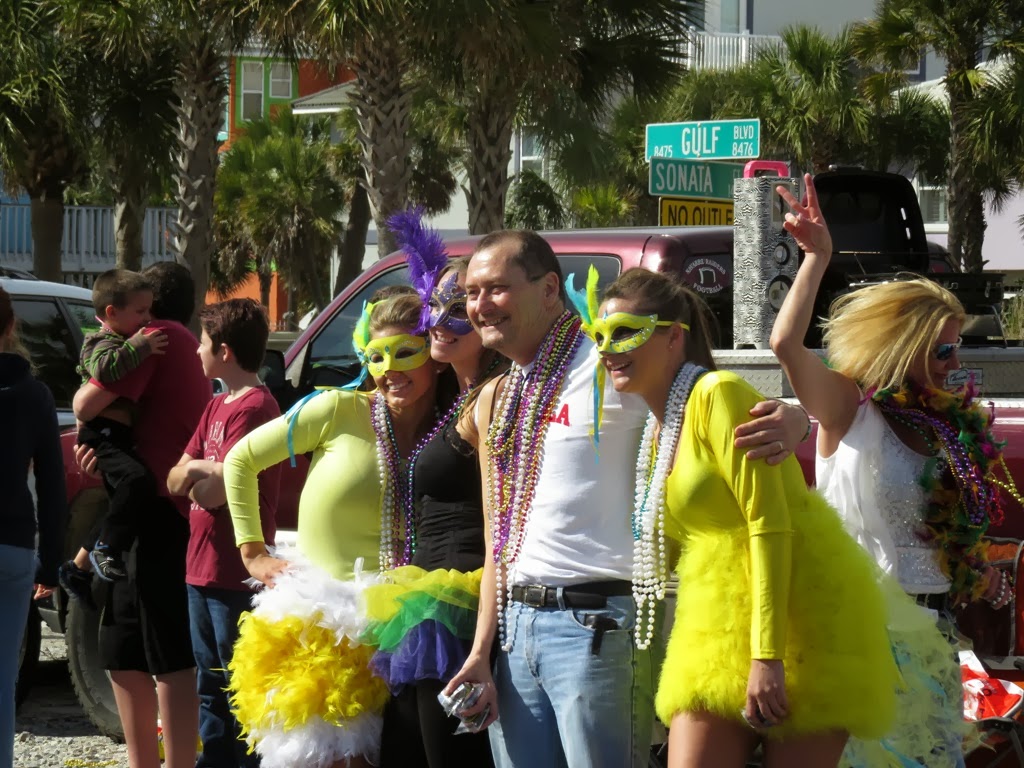 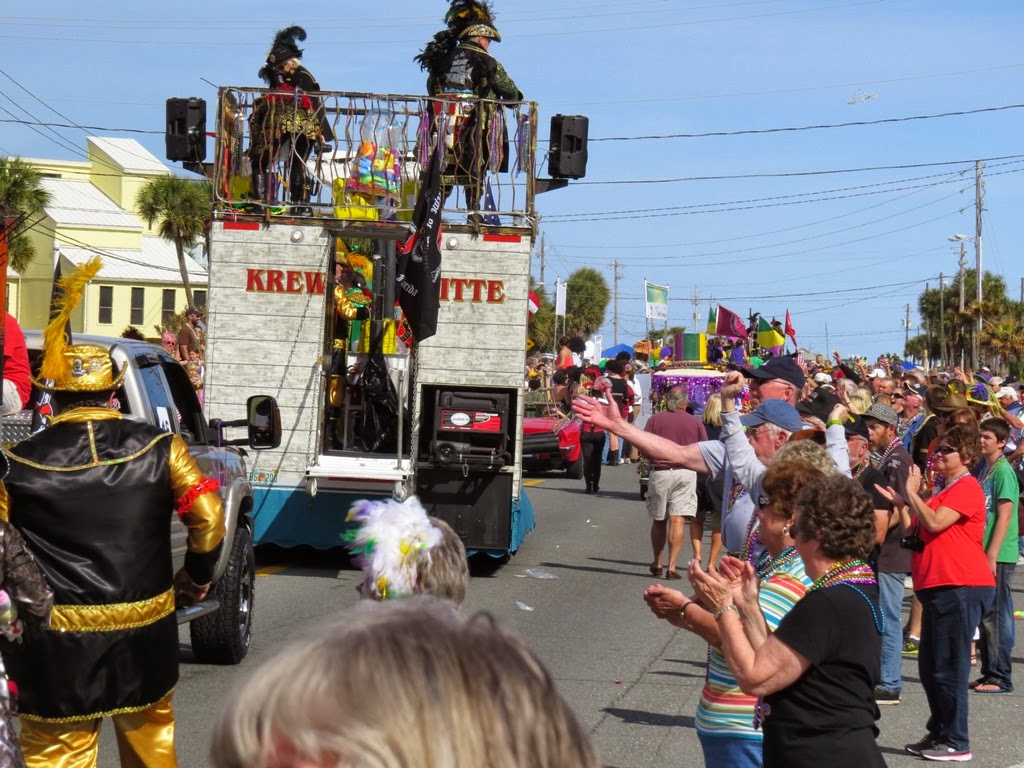 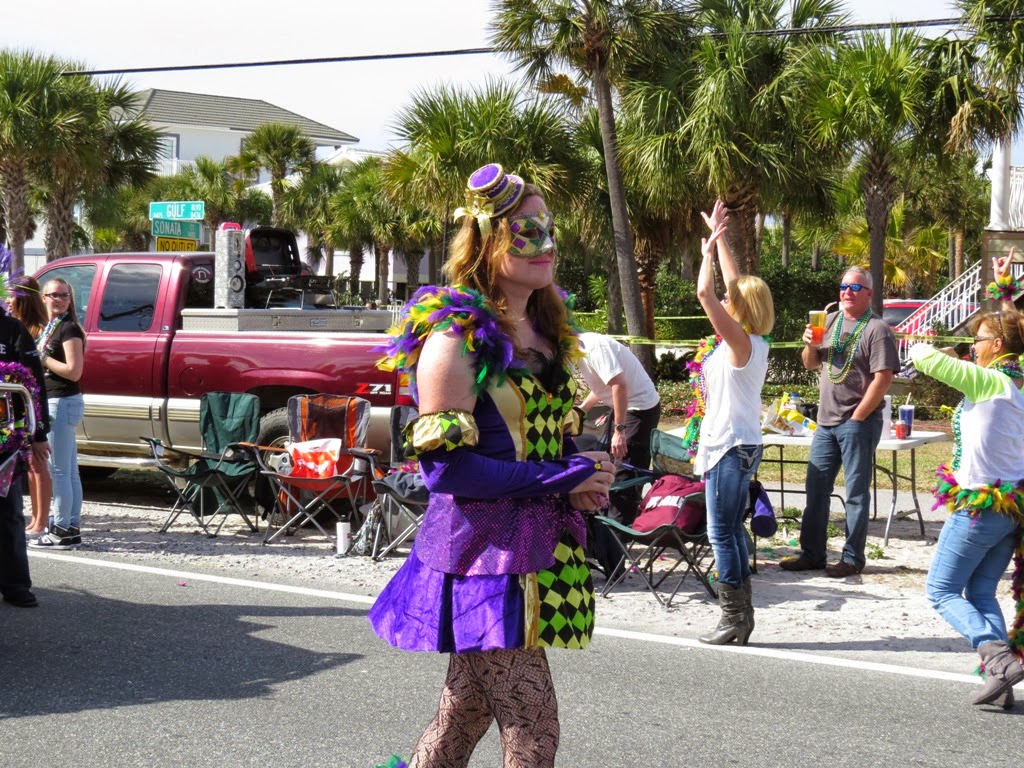 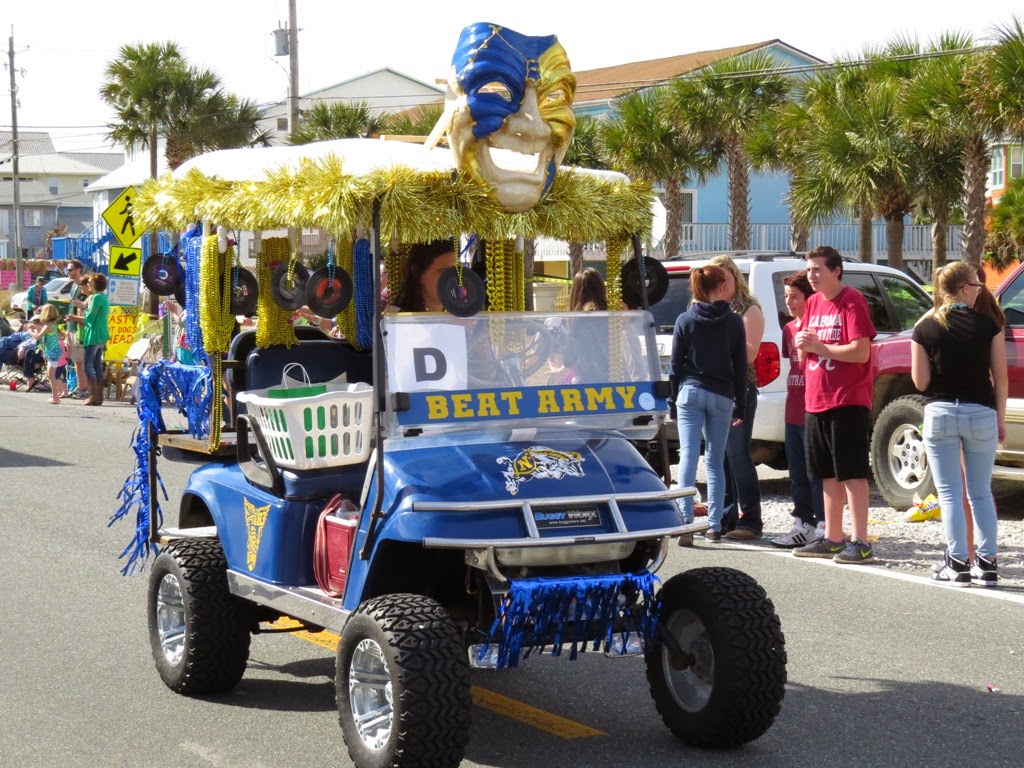 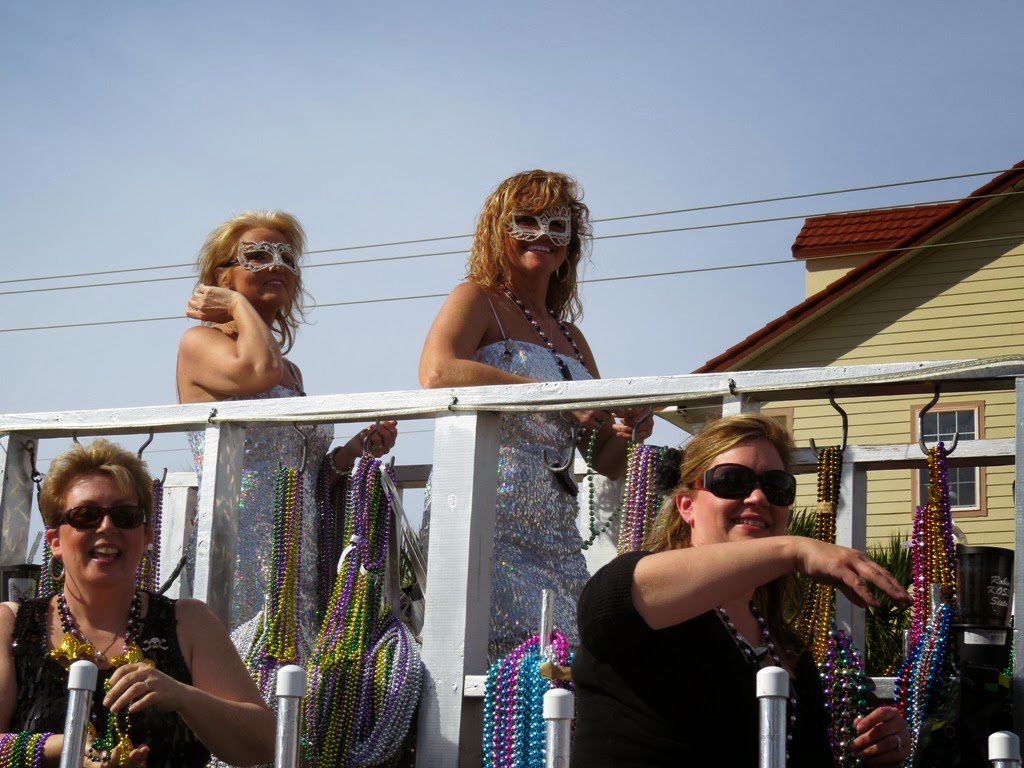 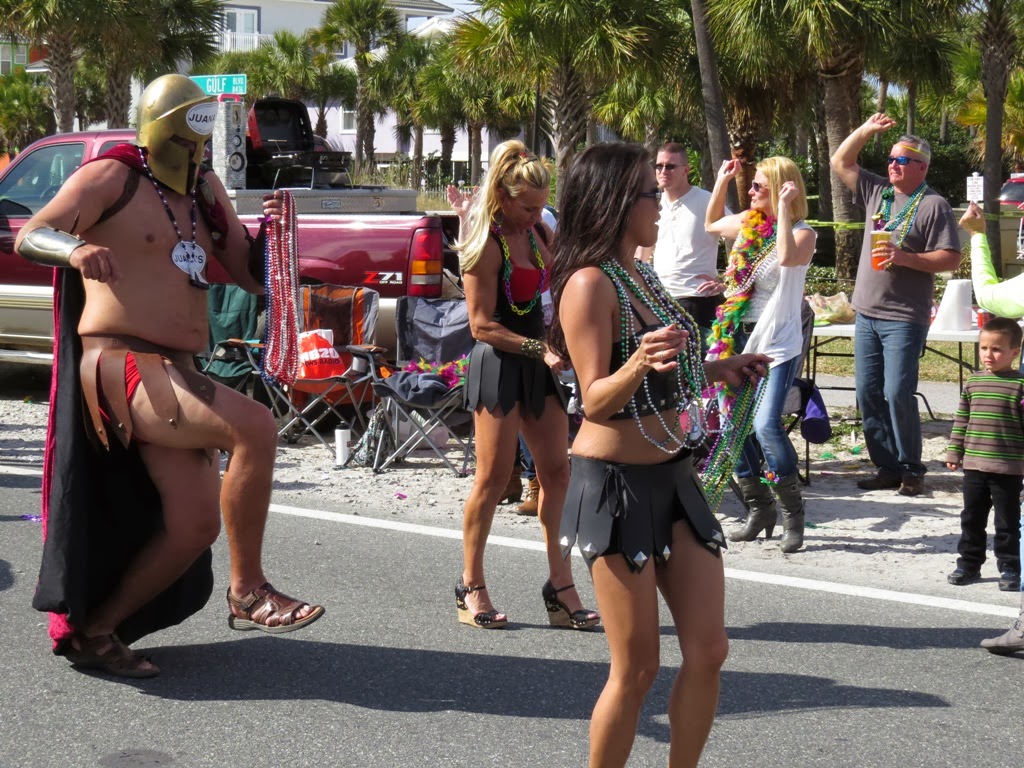 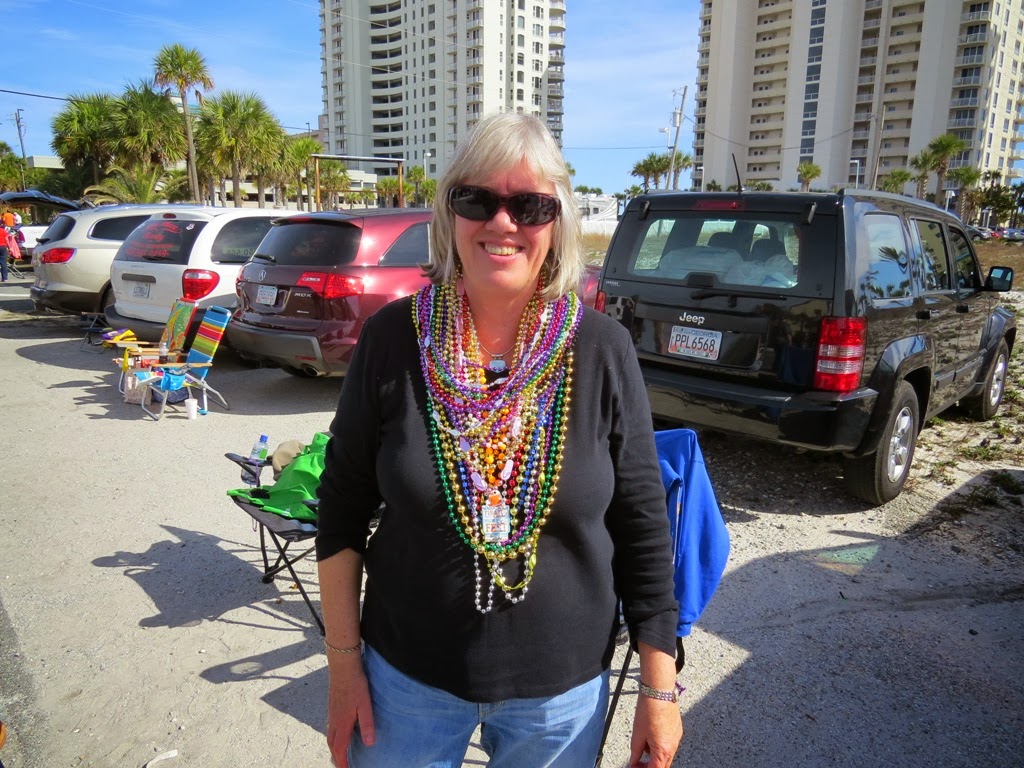 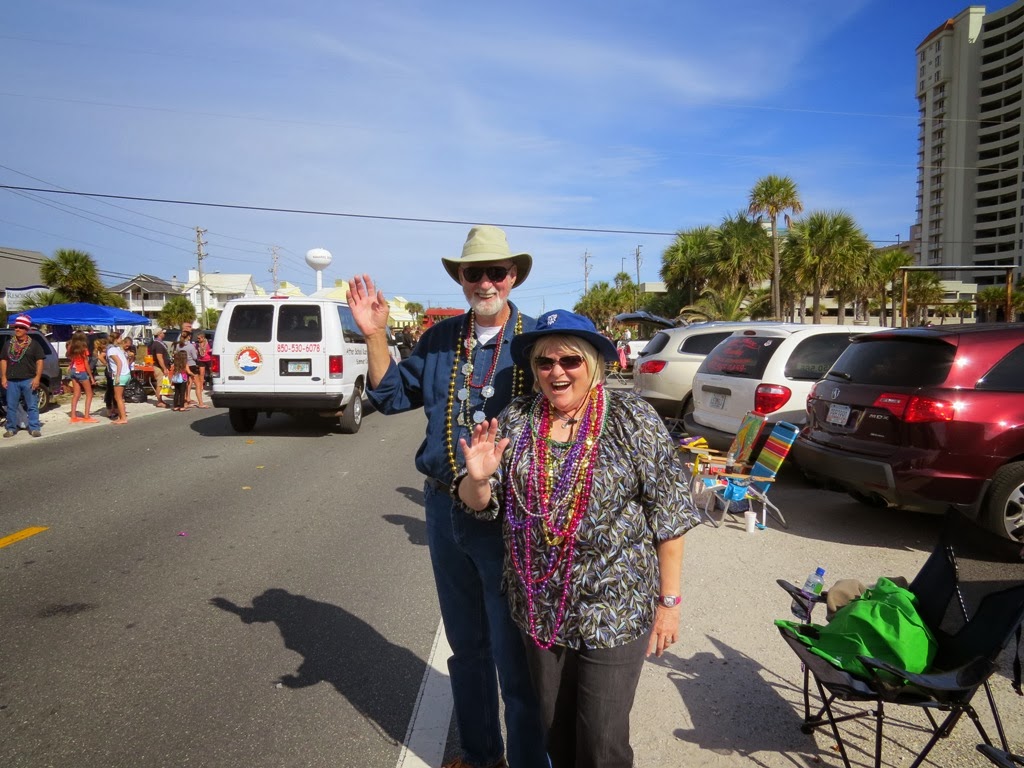 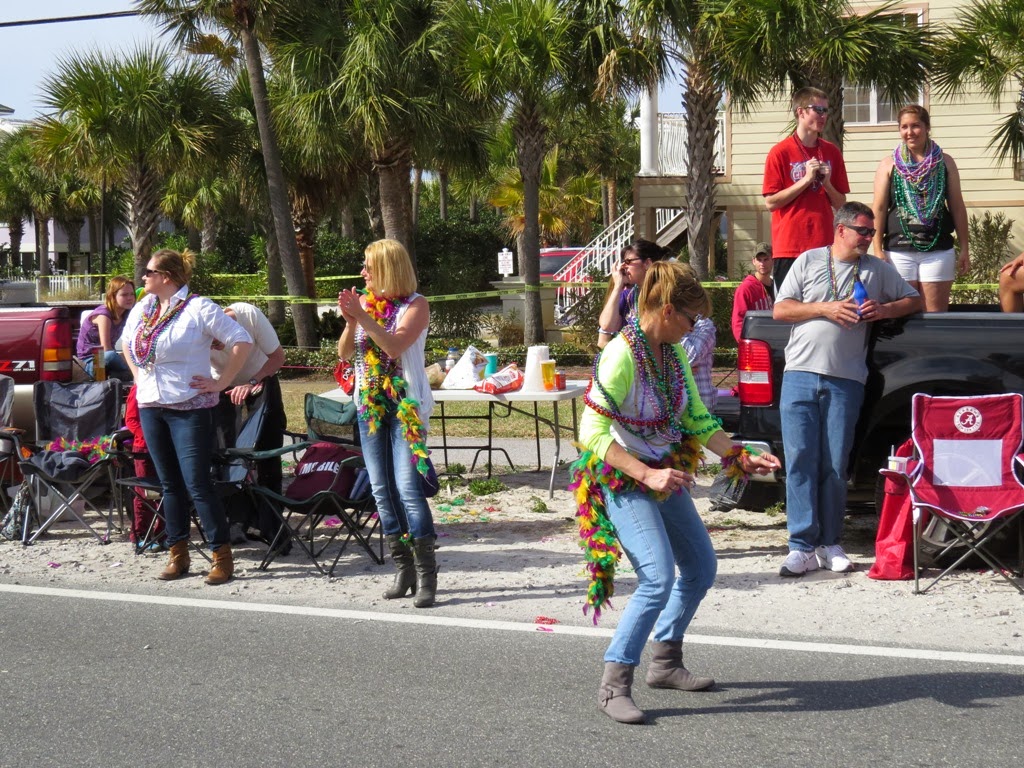 We have added this to our list of things to do again next year (and maybe bring the motorhome).
Posted by Chuck and Anneke's RV travels at 12:14 PM 11 comments: