These ruins are mentioned in one of the brochures for the Natchez Trace Parkway.  We decided to let our GPS take us there, which proved to be a mistake, as we traveled way out of our way.  We did however, get to see Port Gibson and a long and narrow road traveling through what must have been plantation country before the Civil War.
When you get to the unassuming turn off on what looks to be an abandoned drive except for the Mississippi state sign. You immediately see these large columns that seem so out of place on this nearly deserted country road. We literally drove the motorhome up the path to park in front of where the main entrance to the home must have been. 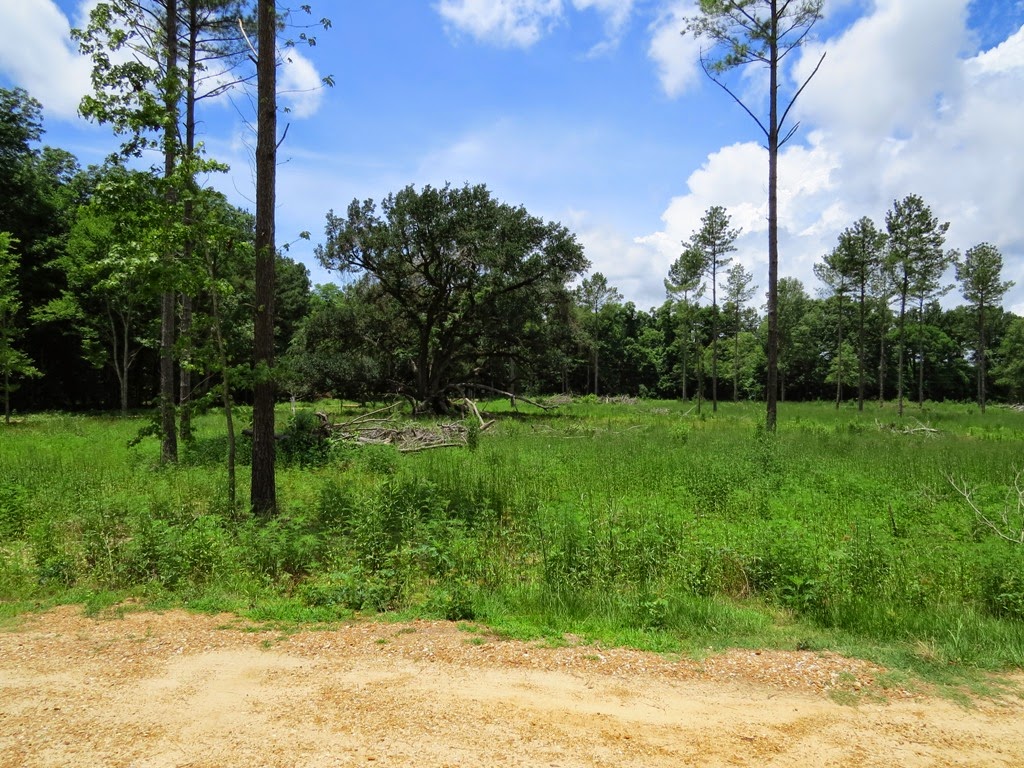 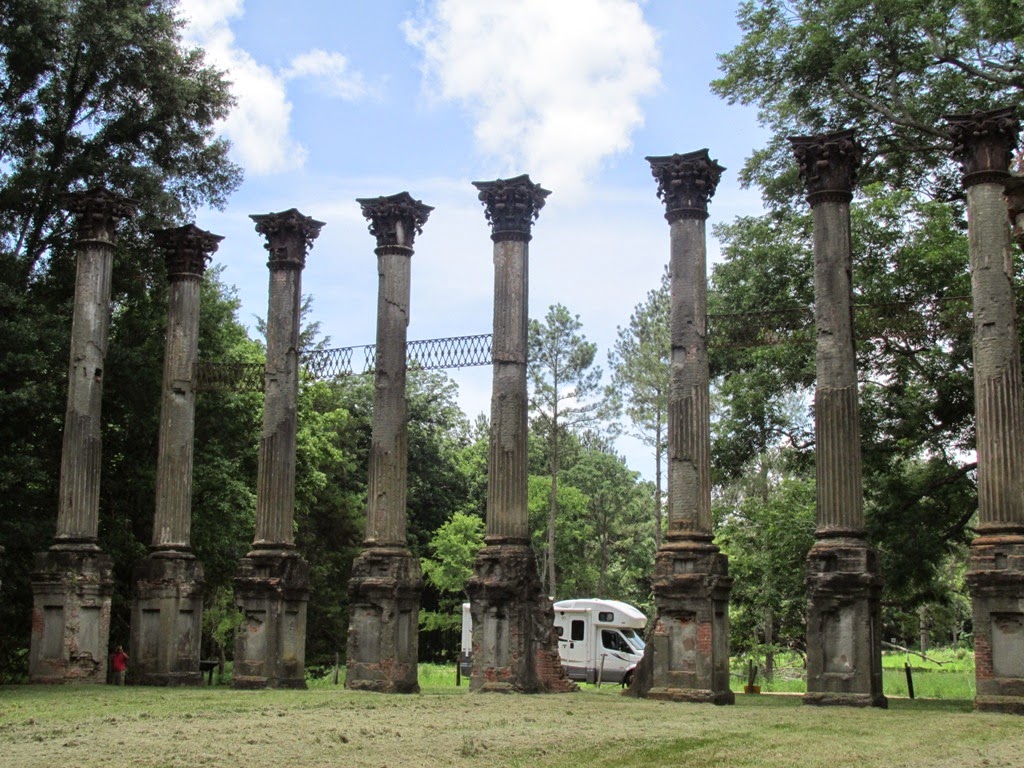 The house was built by a wealthy landowner, Smith Coffee Daniel  starting in 1859.  He owned more than 21000 acres in Mississippi and Louisiana. The house was among the largest built in this period with the plantation having over 2,600 acres.  The house was so large that Mark Twain remarked that it looked more like a college than a private home.

The house was completed in 1861.  The family moved in and its history of misfortune soon began.  Within weeks of occupying the home, Smith Daniel suddenly died at the age of 34.  The Civil War soon invaded the property with both the Union and Confederate armies occupying the home.  The Confederates used it as an observation post to watch Union movements, and it is said that a Union soldier was shot and killed as he entered the front door.

The Union army used the home also as an observation post and as a hospital.  The family continued to occupy the home, but most of  its wealth was loss with the death of Smith Coffee Daniel and the economic impact of the war.

After the war, the home continued to be a focal point for social gatherings, which led to the final misfortune.  On Feb 17th, 1890, a careless guest dropped  a cigarette on the debris left by workers on the third floor and the house was almost completely destroyed. 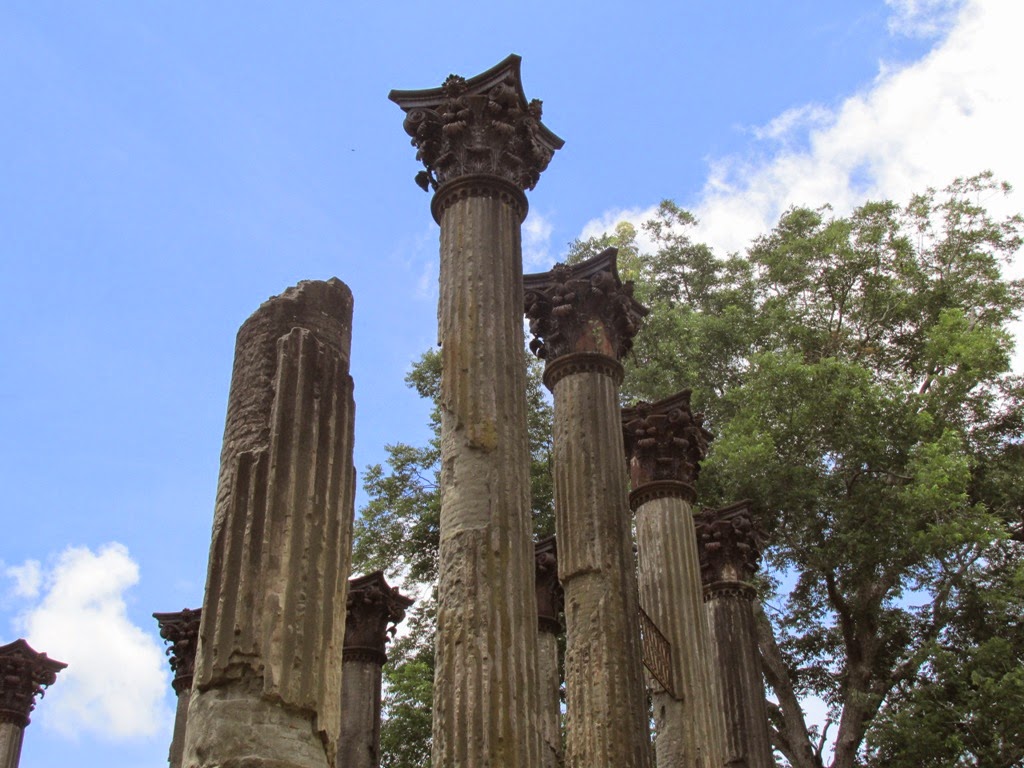 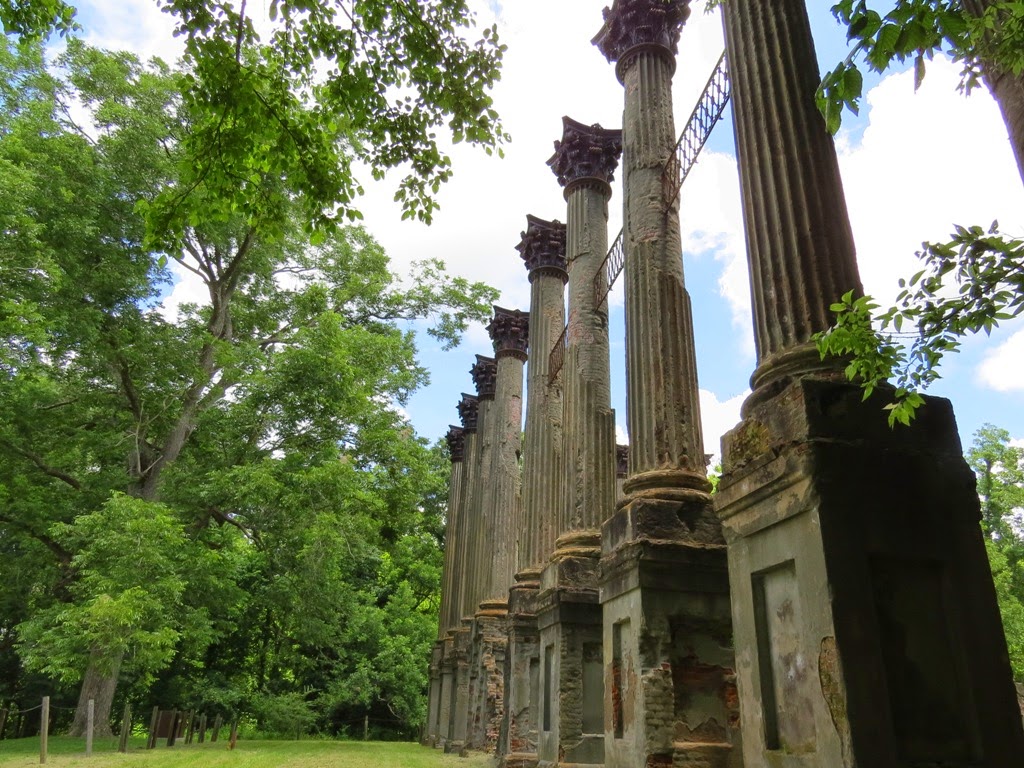 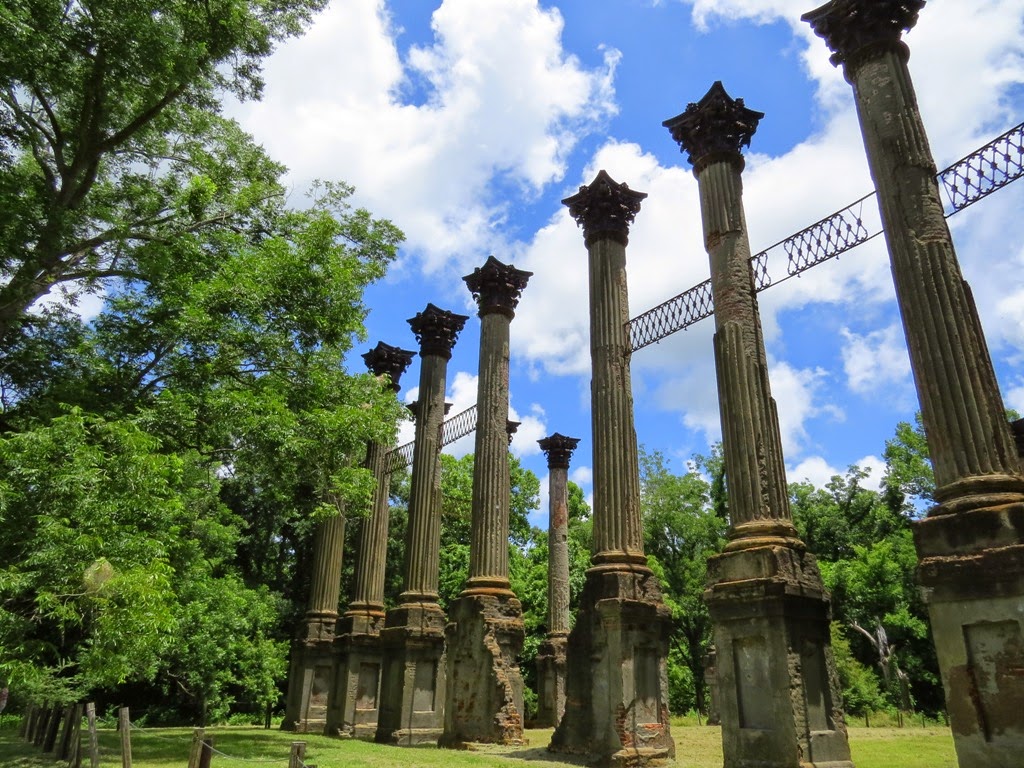 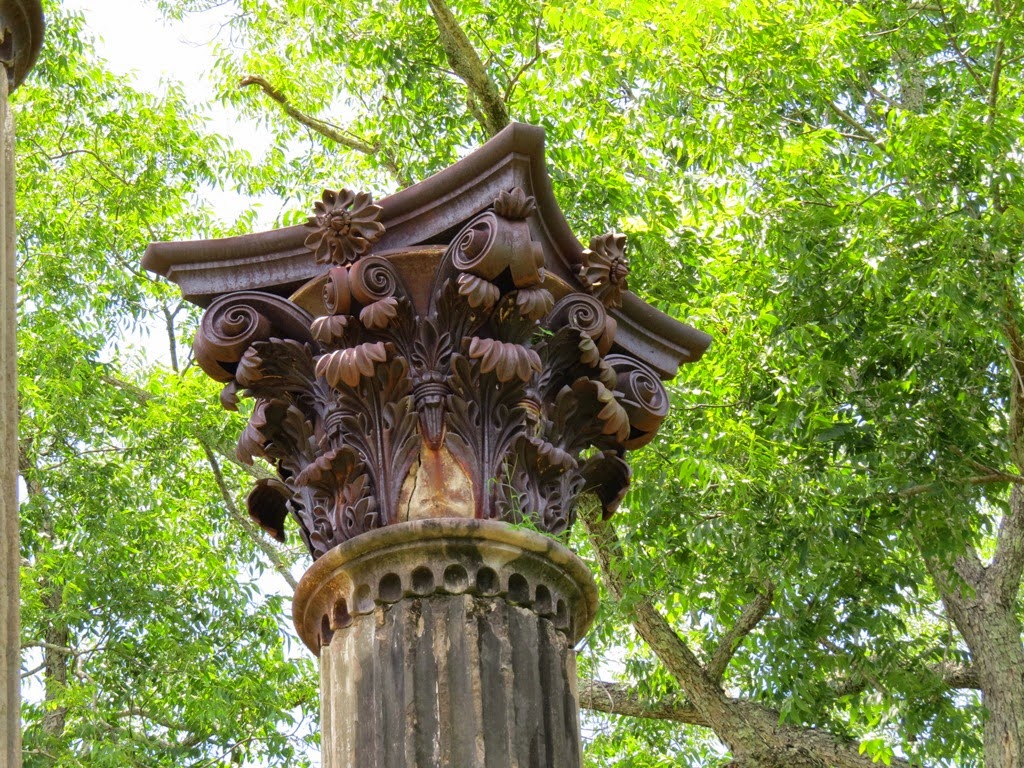 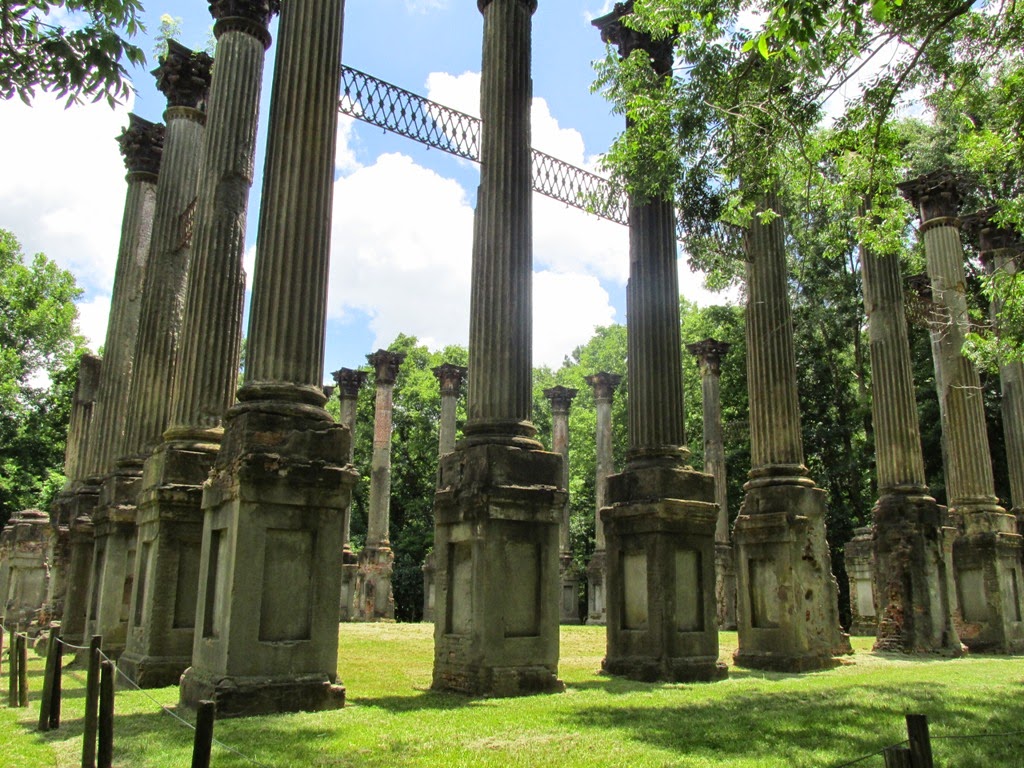 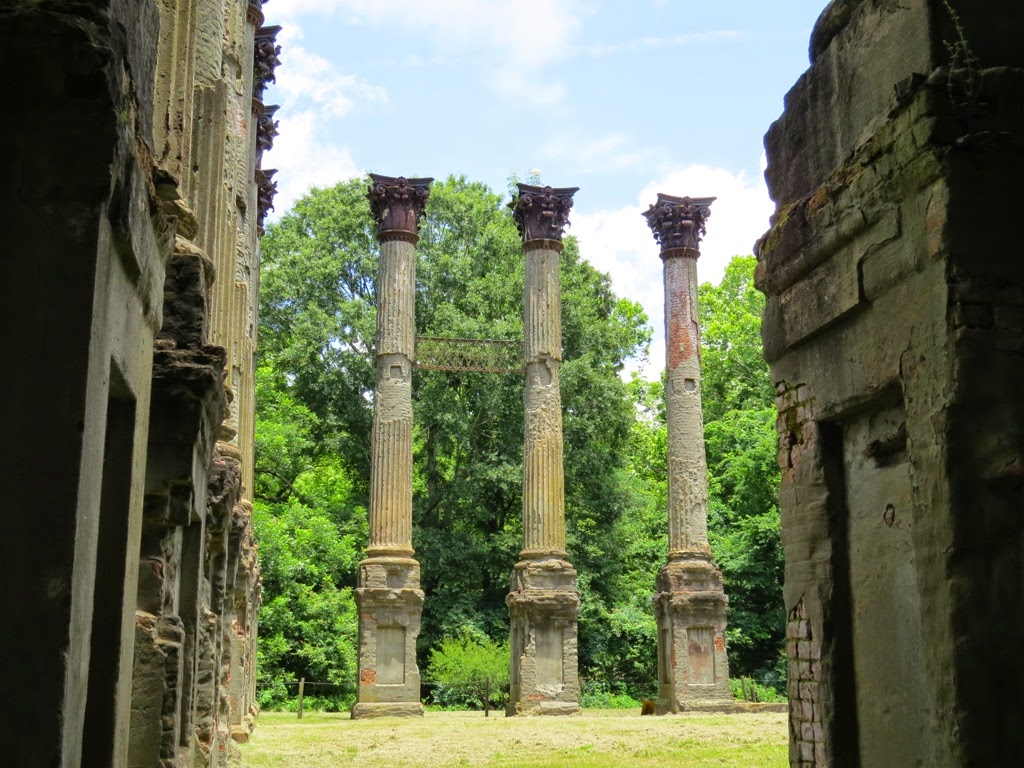 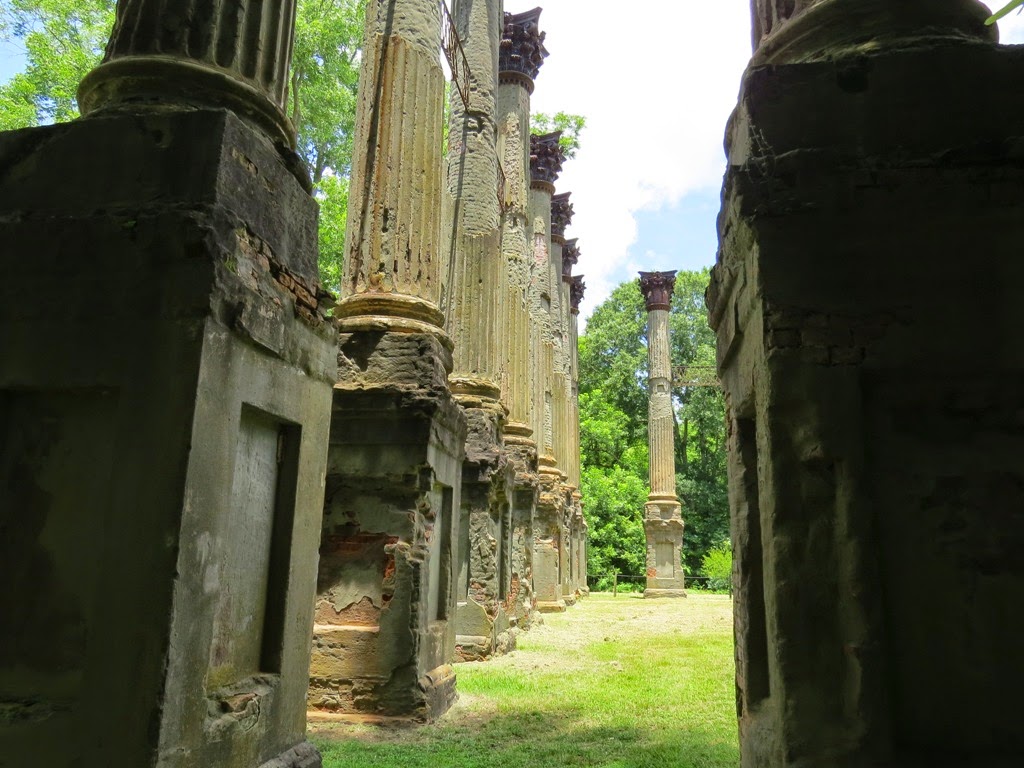 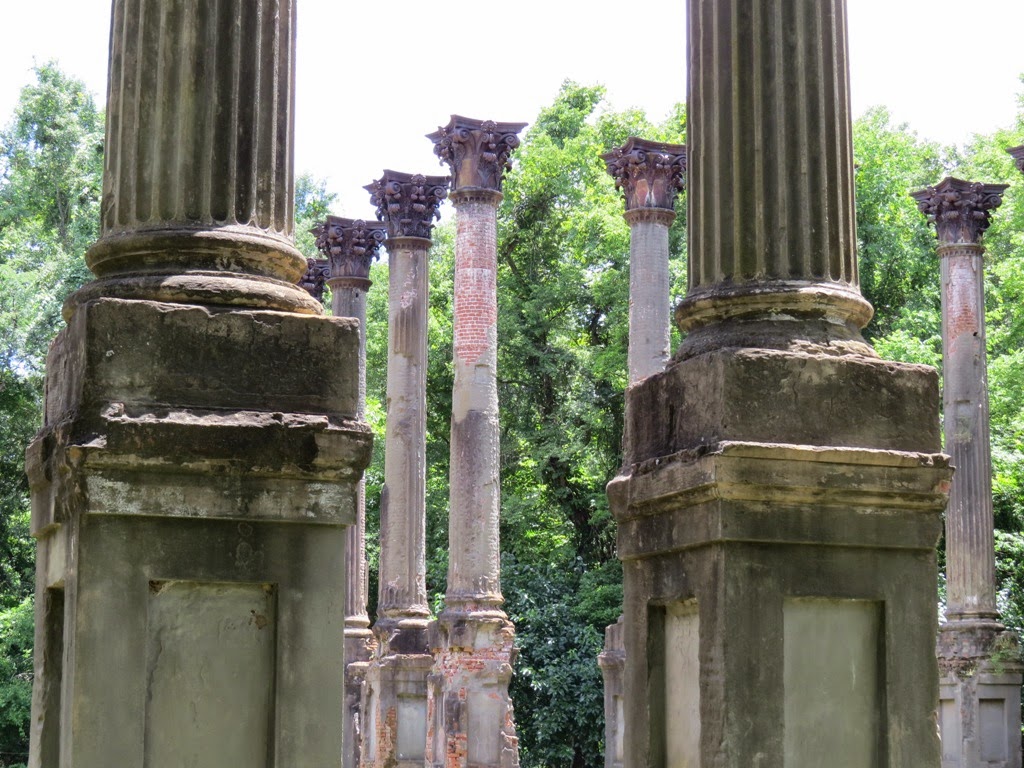 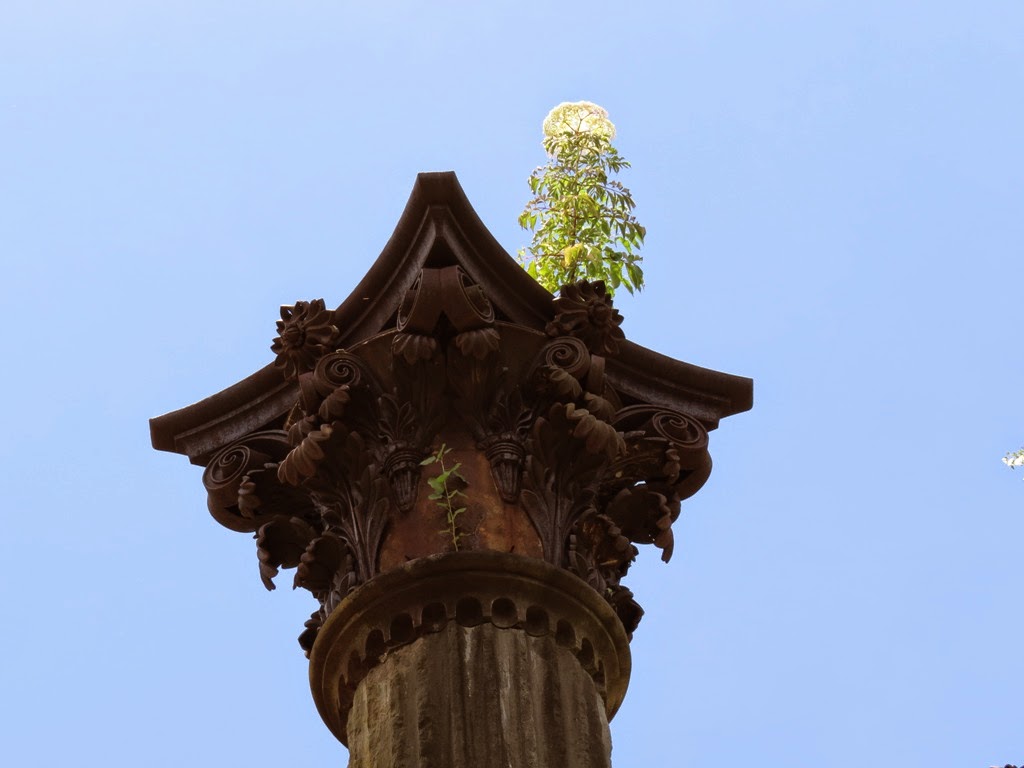 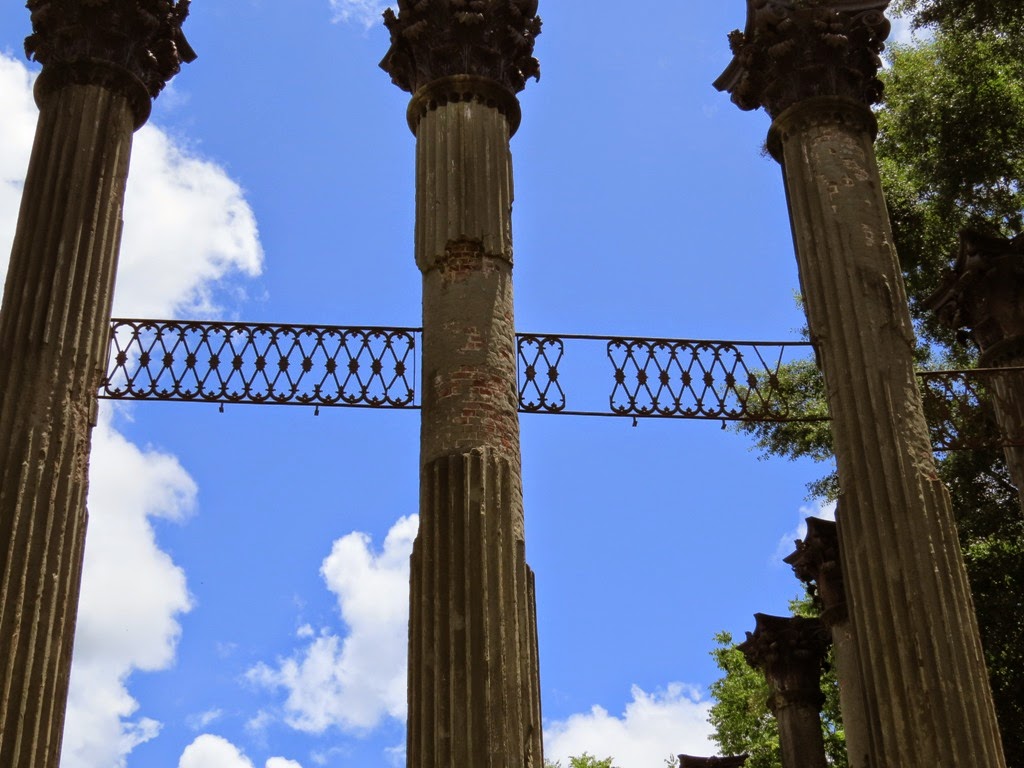 Since all the drawings and construction plans were lost in the fire, the only known image of what the house looked like is a drawing by a Union soldier completed during the Union occupation and can be seen here.

The ruins combined with its compelling history made this a must see for us.
Posted by Chuck and Anneke's RV travels at 11:53 AM

Looking at those columns - that house must have been an incredible place to party. Wow.

That really must have been one heck of a big house! Neat find.

Amazing that those columns still stand and were not brought down in the fire.

Nice history lesson in the link!

I can just image what it must have looked like. I love to look at houses built during that era.

Really love discovering things like this--thanks for the info and pictures. Sounds like quite an elaborate place in its heyday.

How very interesting. Poor family, I wonder what would cause a 34 year old man to die? So sad that the house survived the destruction of the civil war only to turn due to carelessness. The sketches of the house are amazing. Great story. What a find. Love your trip on the Natchez Trace.

What a sad end to such a grand structure!

Quite a history for a house that wasn't lived in for very long.

Joyce and I came upon this site after visiting the Haunted Bridge that was just a short drive down the road.

We've followed your blog forever and always enjoy it. By the way, thanks for your comment on Phannie and Mae.

It must have been such a showplace and still very interesting. Have you ever noticed that so many of the men who built these huge places often died before spending too many years enjoying their new homes? Strange. I'm convinced our GPS is trying to kill us so I'm glad you finally found your way.
Candy

Just like the Corinthian columns that look out of place at the Arboretum in DC ... but somehow they fit the mood of the site.

Since we recently drove a portion of the Natchez Trace Parkway, but then changed our plans (for reasons I will soon explain in our blog "Travels with Dick and Judy"), I found your post very interesting. One day, I do want to see other areas, particularly relating to the Civil War period.

What a great find!!!

Wouldn't it be wonderful to step back in time and slip into the doors to see life as it was then!