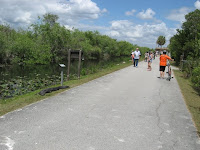 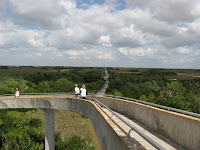 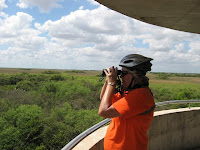 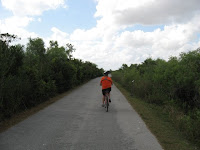 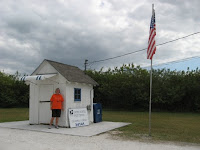 On the return trip, we did stop at the smallest post office in the USA which has been in continuous use since 1953 when the general store with post office in the area burned down. Now in addition to serving the local populace including a number of Seminole Indian villages, it also does a good business in selling post cards of the post office to tourists with the special postmark.
Posted by Chuck and Anneke's RV travels at 8:00 PM

Mom, nice helmet. It looks like is would make you bike real fast!
- Heather

Fantastic shot of the Alligator - love its pose, very intimidating!