Life as a snowbird 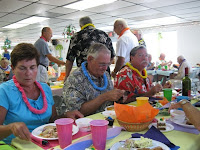 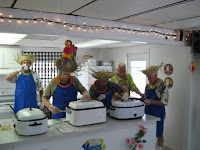 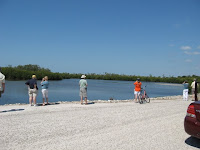 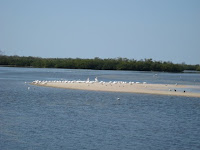 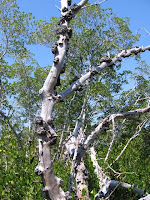 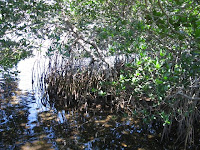 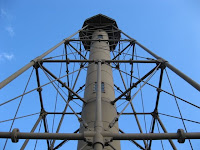 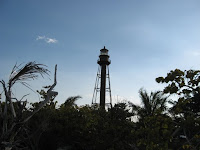 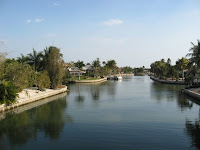 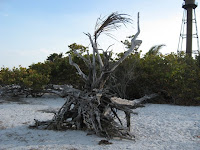 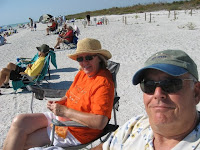 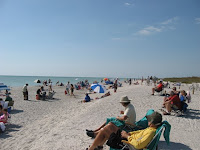 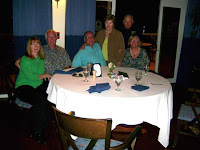 We have been over three weeks in Bonita Springs and in a resort that almost anyone would describe as a snowbird park. In two and a half years of travel this is the longest that we have ever stayed in this type of park and we are beginning to see some of the attraction and pitfalls of such a winter lifestyle. The attractions are fairly straight forward. The people are very friendly and there are lots of activities taking place every week. We have gone on park bike rides, lunches out, several dinners in, including the most recent Hawaiian dinner. We have had fun participating in a scavenger hunt, even if we did poorly in the results. No blame will be placed her(e) on whose fault it was. We have enjoyed conversations and cocktails with our neighbors and just loafing around.

This is where the pitfalls may lie. It is just too comfortable to spend time hanging around the park. We started this adventure to get out there and see this country and it seems that we will have to balance that goal with the pleasures of getting to know better those who chose to spend much of their time in one place.

We did visit Sanibel Island and the “Ding” Darling National Wildlife Refuge, which we toured on our bikes. This was a pleasant and healthy way to see the Mangrove forests and many waterfowl that live or visit the area. The island itself it highly congested with auto traffic, but fortunately has an extensive bike trail system that lets you get around the island to visit the lighthouse built in the late 1800’s and other sites like the expensive houses that dot the island that is considered to be a very exclusive residential area.

While we are really not beach people, we did spend an hour or so on one of the top rated shelling beaches located on the west side of the island. We were clearly there at the wrong time as we did not recover any shells.

And finally, we had dinner at the Naples Yacht Club, when we got a surprise invitation from friends who were visiting from Cleveland, Dick and June Feldtz, who have reciprocity with the club as members of a club in Cleveland. It was a great meal in a wonderful nautical setting and great to catch up with old friends.
Posted by Chuck and Anneke's RV travels at 8:30 PM

HI,
I enjoyed reading your blog. I was at Sannibel Island over 50 yrs ago before it was a tourist place. We got lots of shells.
My hubby and I were in Florida this past winter and intend to go back. Thanks for sharing the info on a good place to park.
I'll check your blog again to follow your progress. Safe travels.