Our last day with Dan and Corrie was used to visit the old state Capital of Louisiana. This building was used as the state capitol from the mid- 19th century to 1929 when the current capitol was completed under the Huey P. Long administration.  The building intentionally looks like a castle and some thought it was used like a castle, as well. 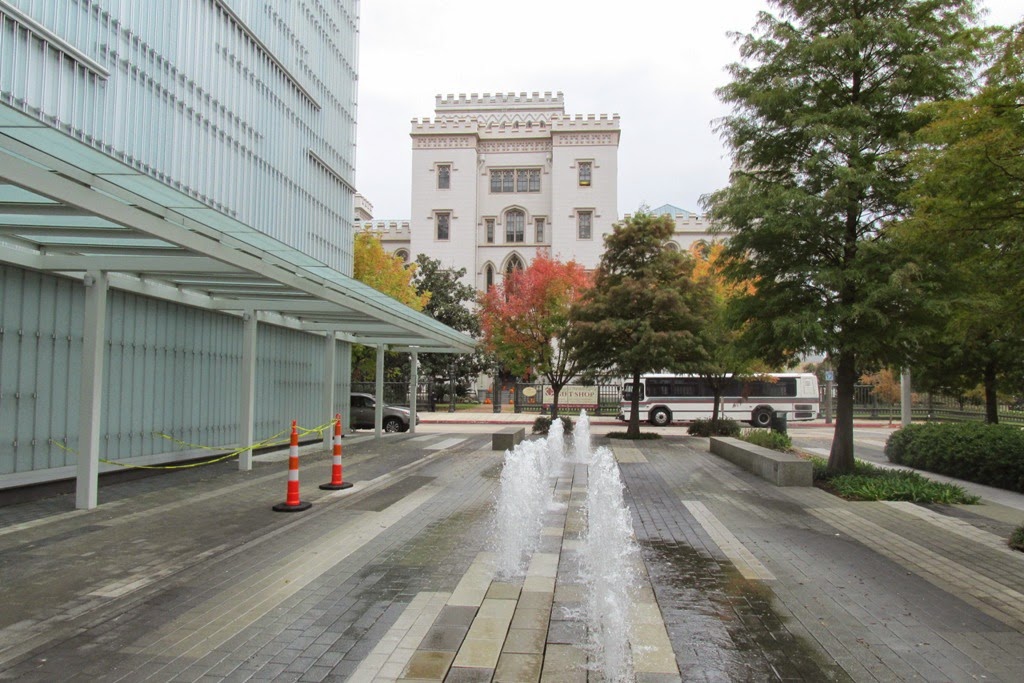 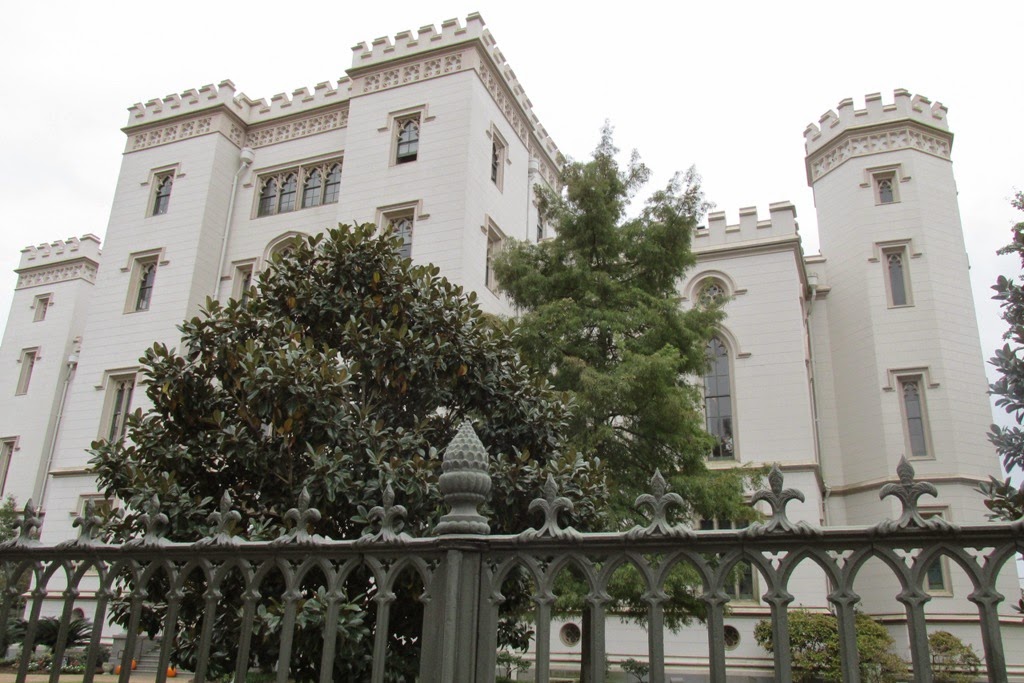 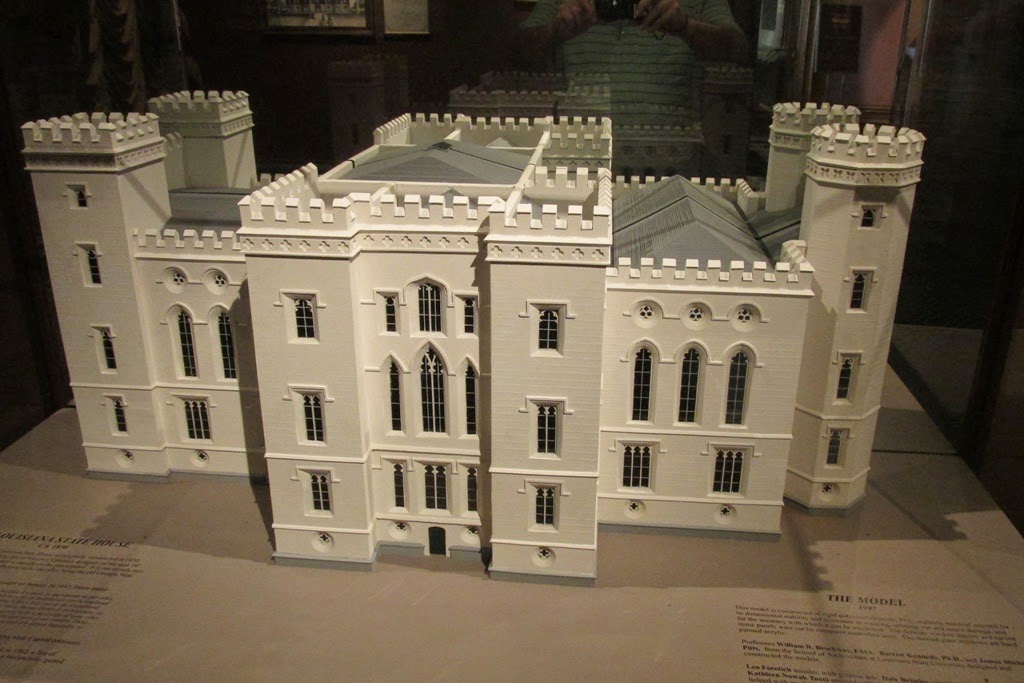 During the Civil War, the Union army captured New Orleans and occupied the state capitol first as a prison and then as a barracks for an African American Union Company.  During its use a as garrison, the building caught fire and was gutted.  In was completely redone by the mid 1880's and included the current staircase, stained glass along with separate rooms for the state senate and representatives. 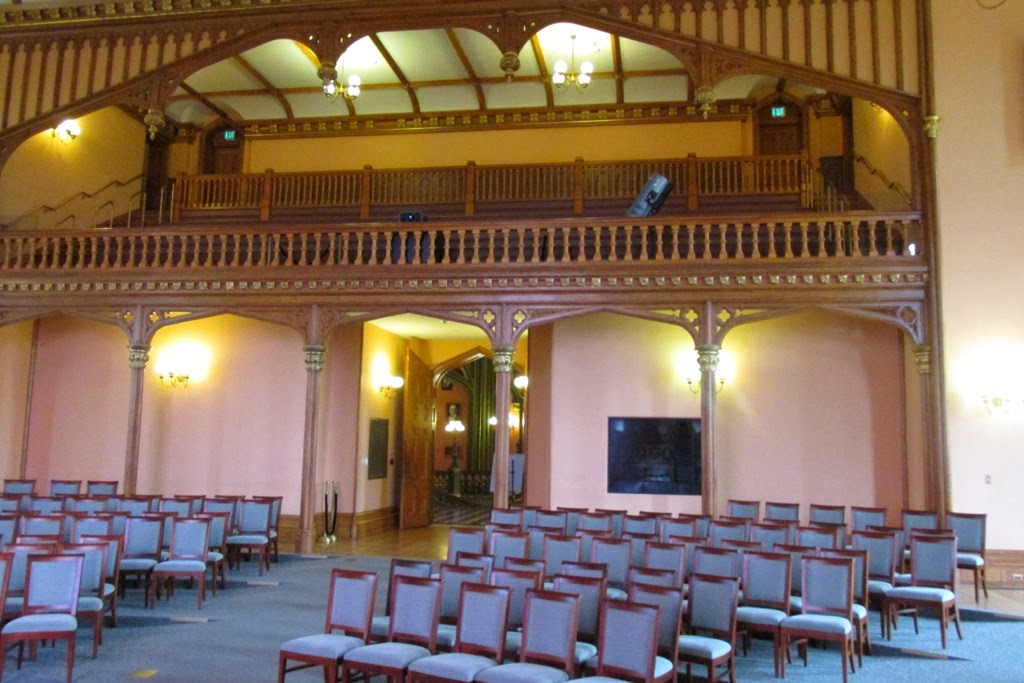 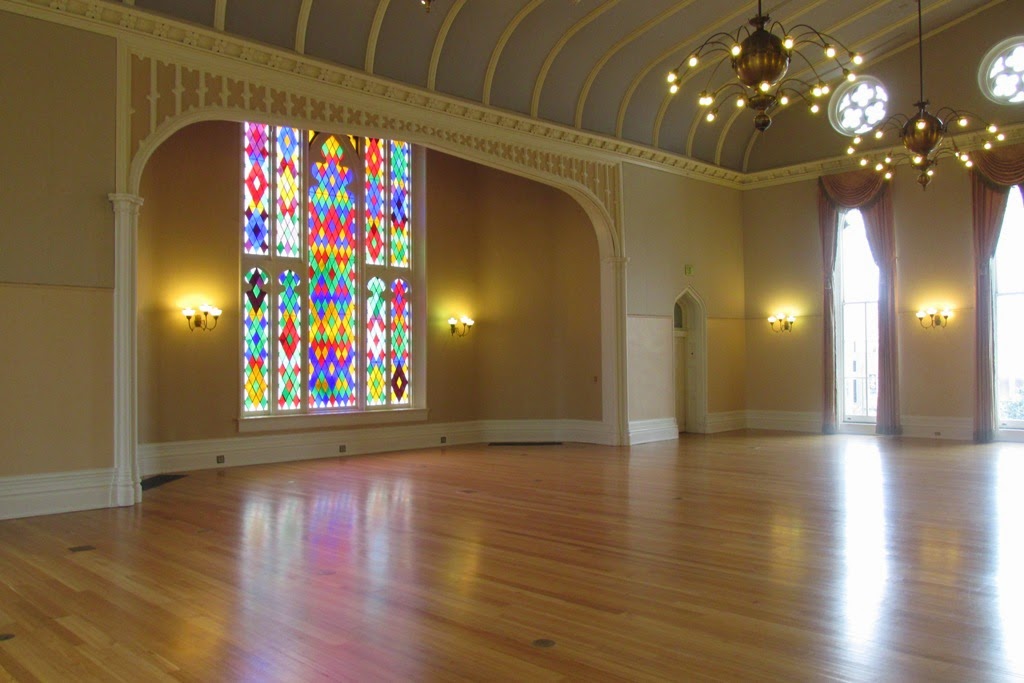 Today the old capitol is used as a political museum and also hosts weddings and other events.  The political history museum is very well done and covers many of the famous and infamous politicians of the state. Chief among these is Huey P. Long, who was much loved and hated by many.  Even in far away upstate New York we learned about Huey Long and his strong hold on the state.  Going through the museum, I learned a lot more.  Even in death, he created controversy. He was assassinated by Dr Carl Weiss, but many believed that he was actually accidentally shot by his security detail from the state police when they thought Dr Weiss was reaching for a gun.  Since the investigation was conducted by the head of his security detail, the truth of any of the alternate stories were not examined. 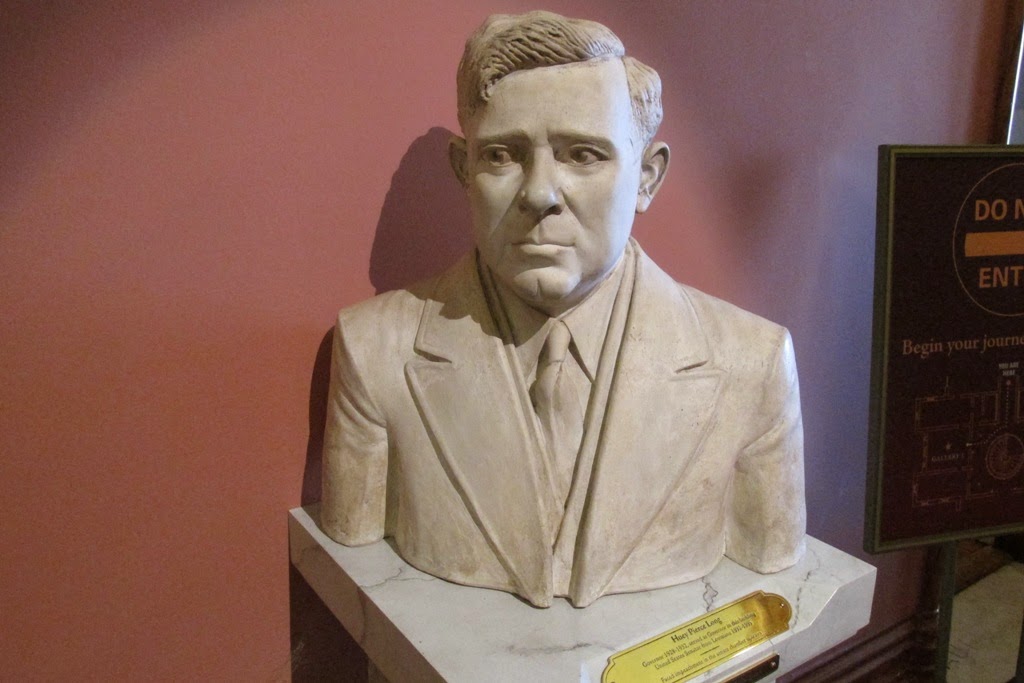 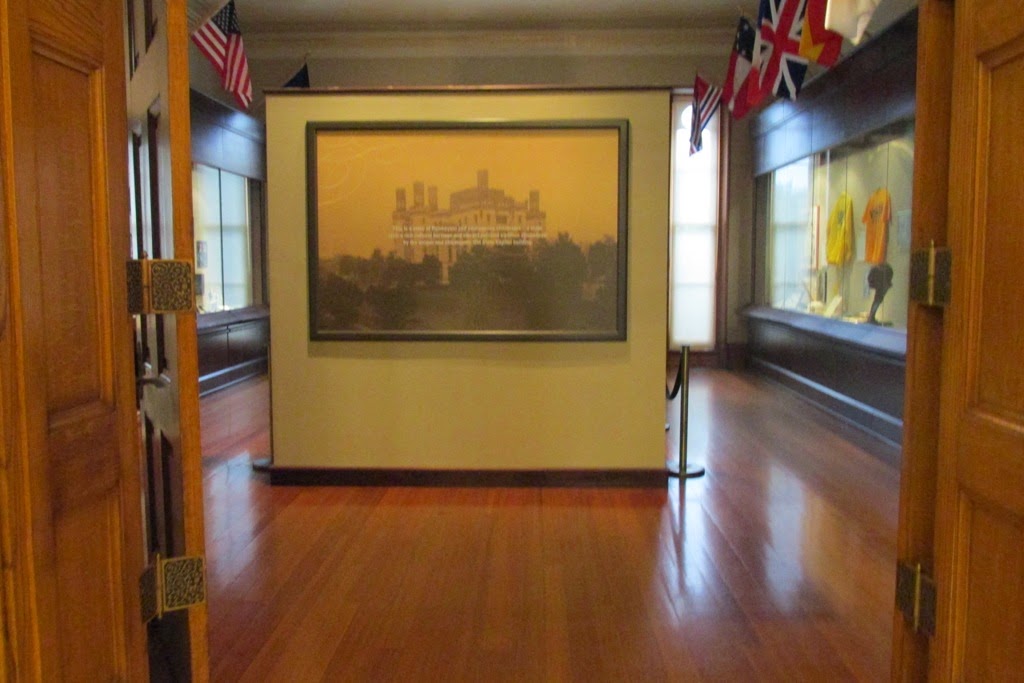 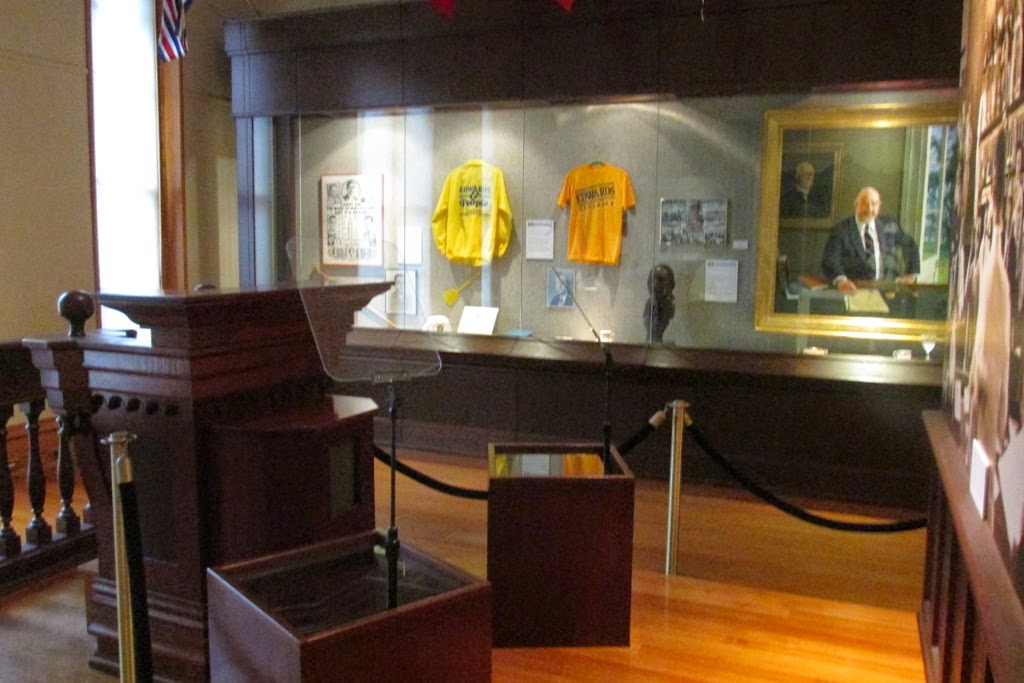 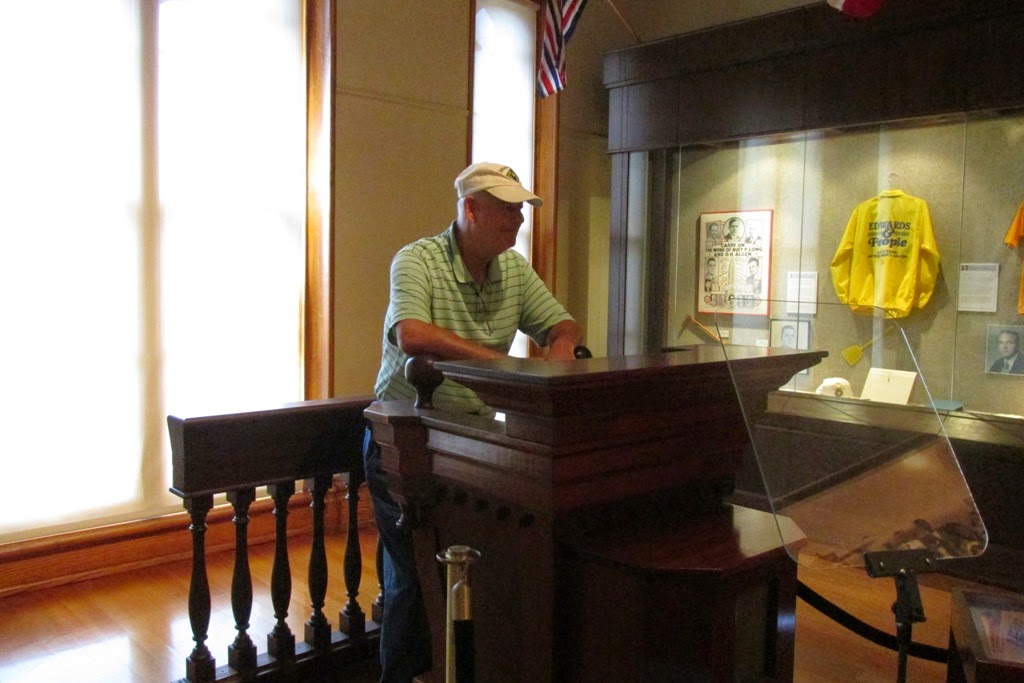 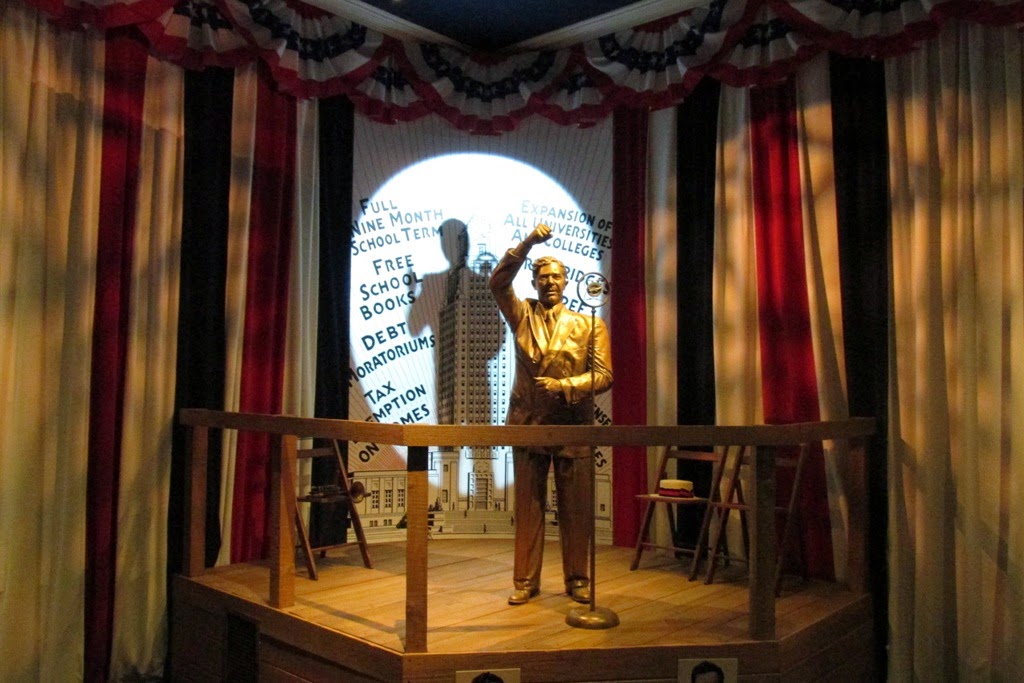 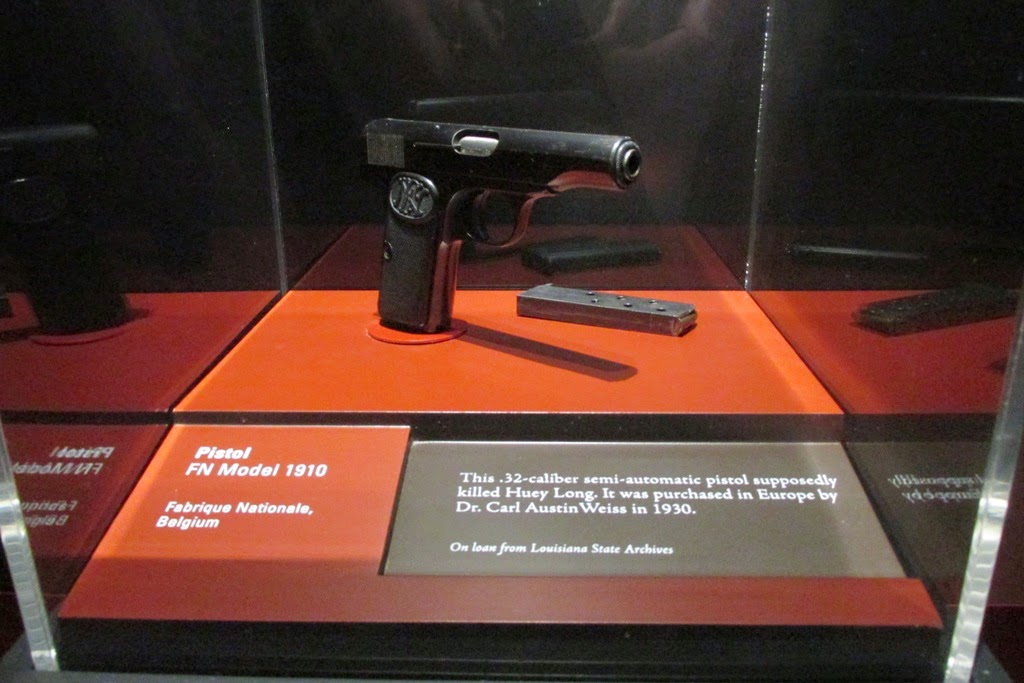 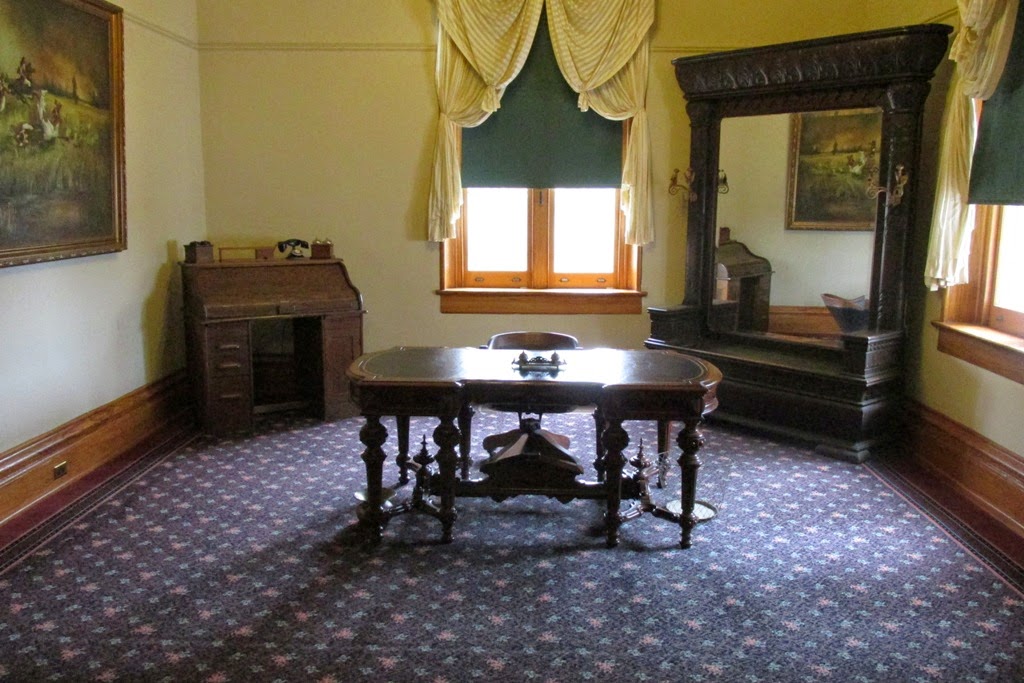 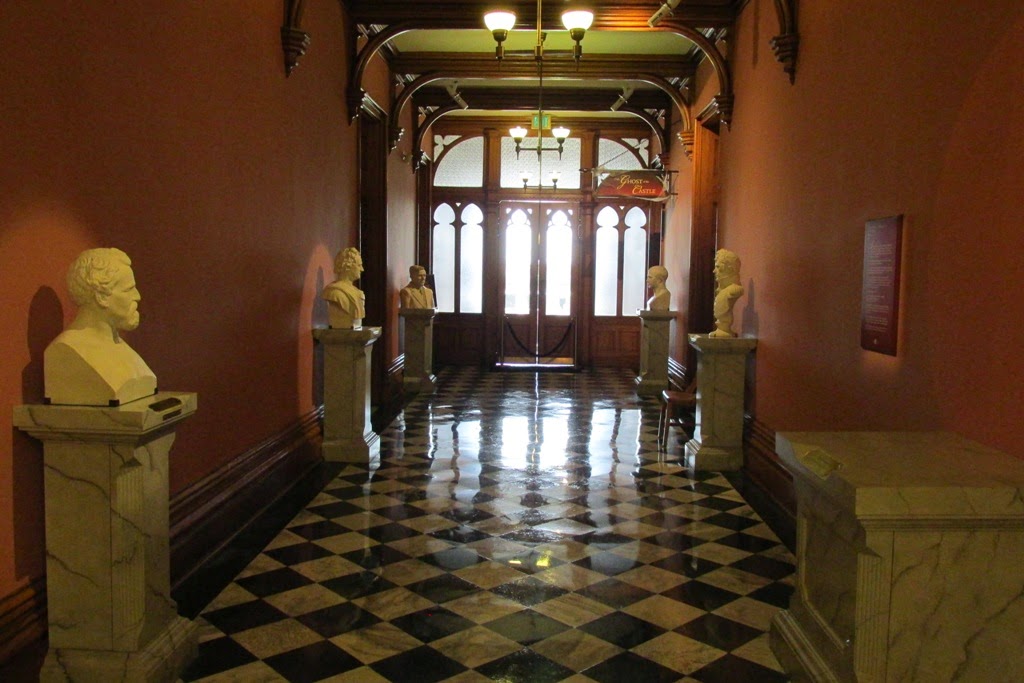 It is a beautiful building to walk through and the political history displays  reveal  a great deal about state politics. 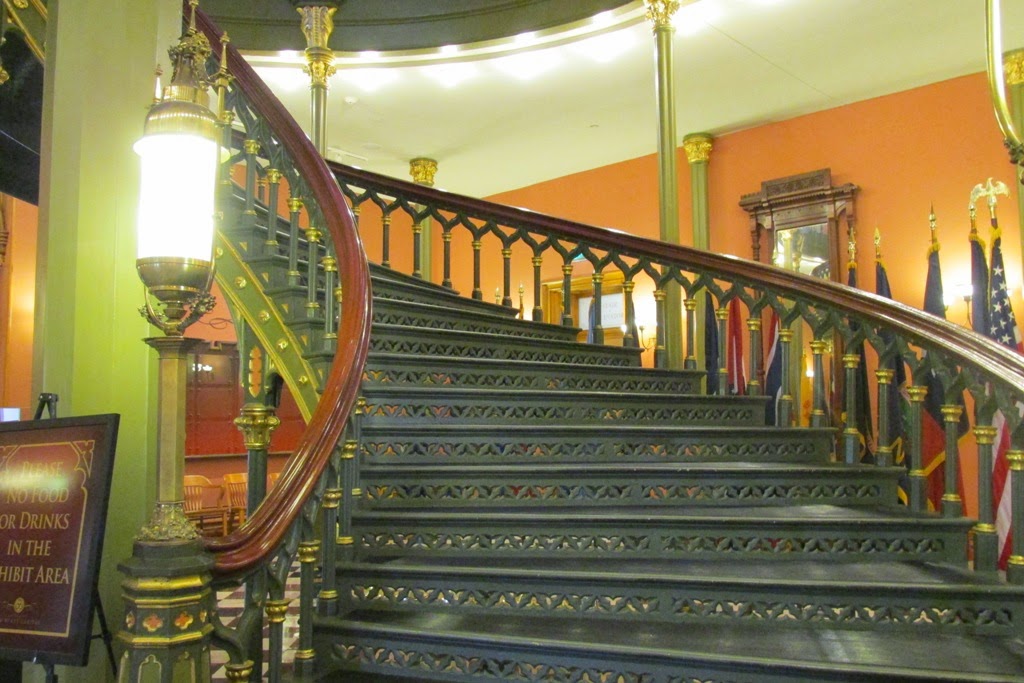 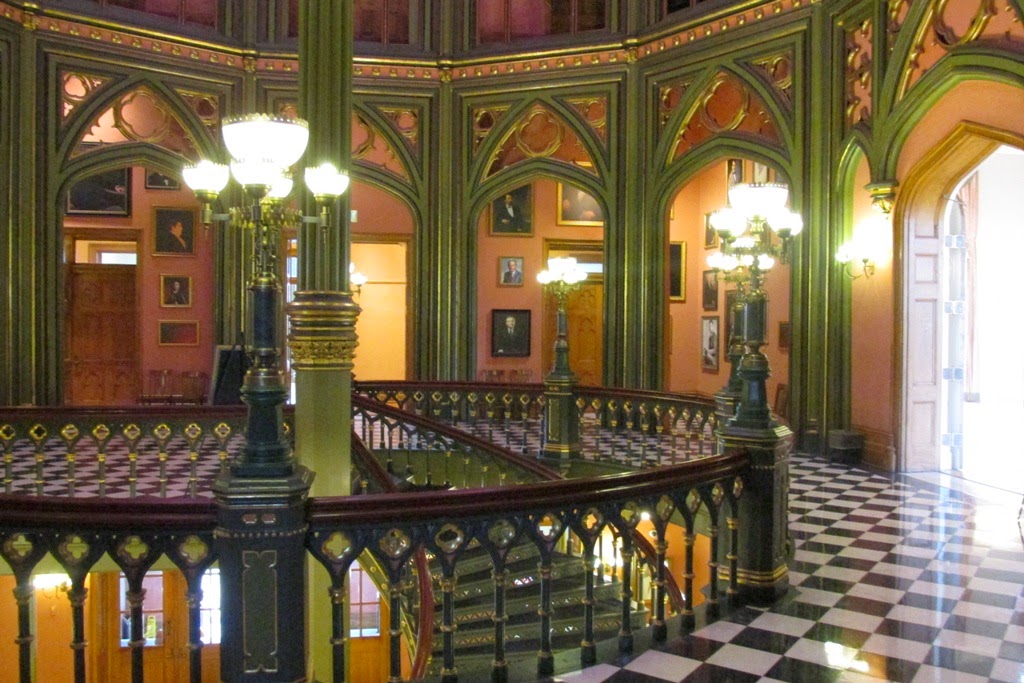 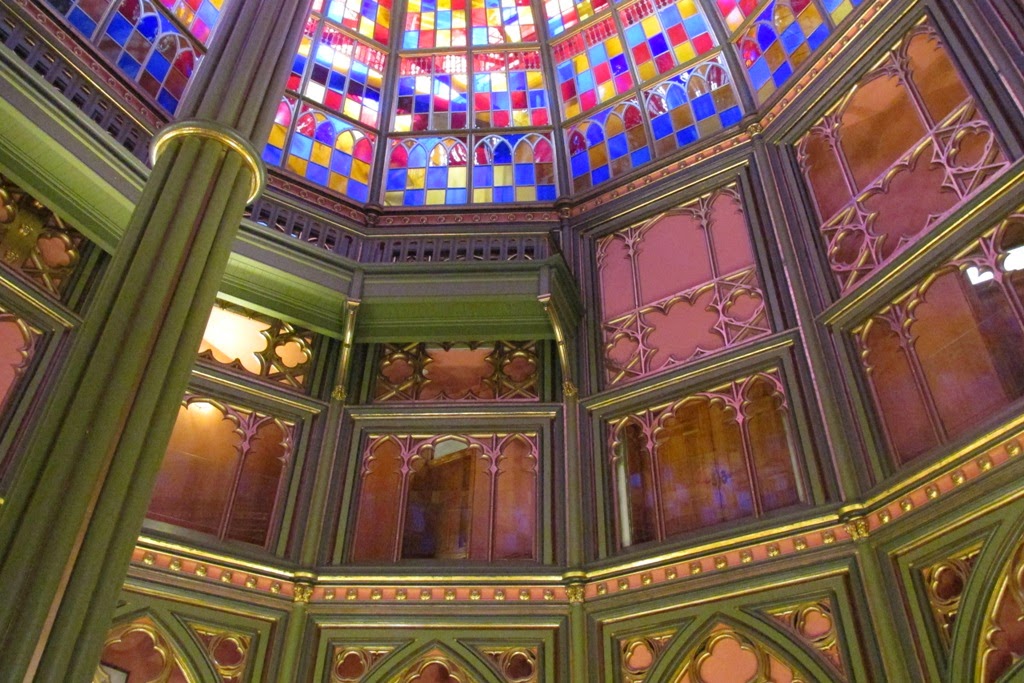 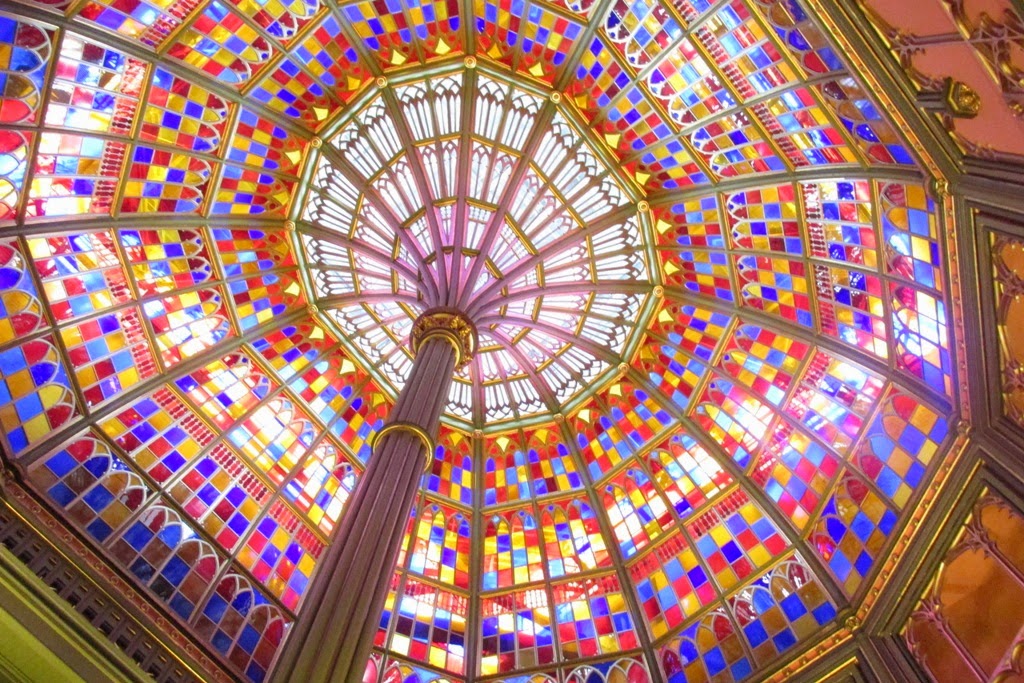 We did not have time to visit the current state capitol that was created though the efforts of Huey P Long to be the tallest capitol in the country.  He now rests on the front lawn of that building. 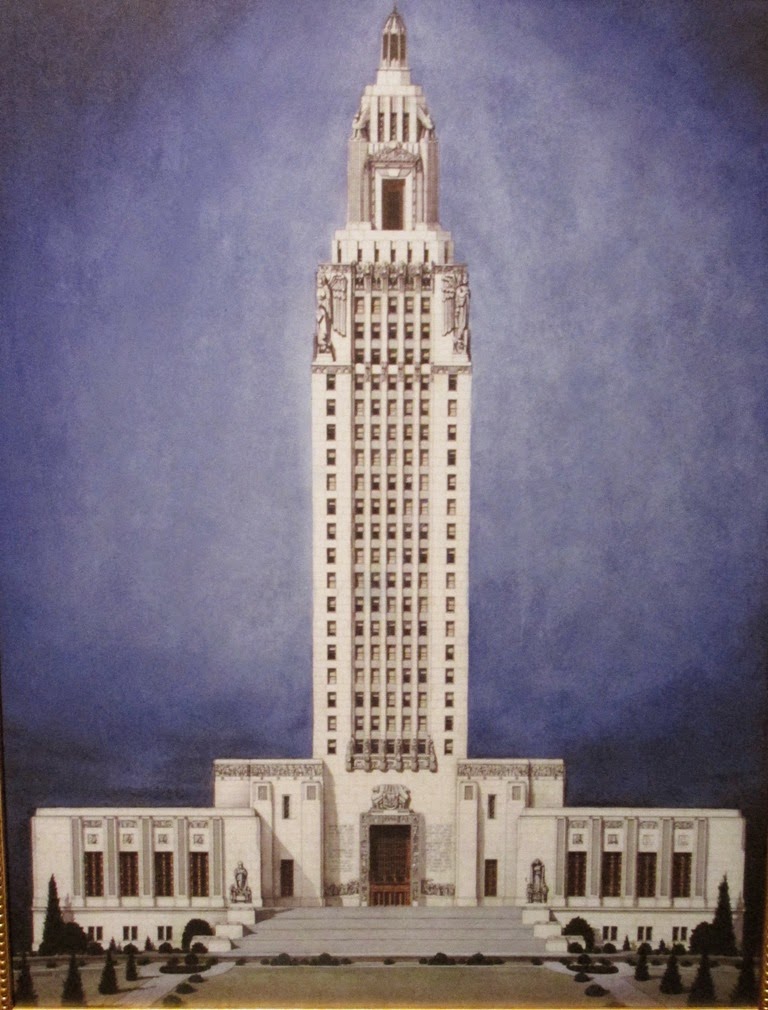 Posted by Chuck and Anneke's RV travels at 6:34 PM

Thanks for the tour. Interesting history.

I think I would choose to visit the old one if I only had time for one. It looks like an amazing place to spend a little bit of time. I enjoyed your tour.

That building is gorgeous! I love the stairway. I can just picture a wedding in that lovely hall.

Huey was definitely larger than life in all things. I would love to visit that capital building.

The stairway is the highlight of the building, to me.

They could have used that place as a backdrop for Downton Abbey! ;c)

If you have never read All The King's Men, you would love it especially after seeing this building. Amazing how they love Huey. Buried him in the front yard so to speak. Beautiful building. What a terrific place for a wedding.

I like the old building better ... has more character.

What a fascinating tour!!! Thank you so much for sharing. I am so glad that your wife enjoyed the Dutch video I posted.