One of the advantages we thought we would have by downsizing to our current motorhome was to fit into smaller campsites in State and Federal parks. So when we decided to head to Orlando for the Winnebago State Rally, we looked for places to stay along the way that we would not have considered with our previous motorhome.  Our first stop was the Suwannee River State Park just west of where interstate 10 meets interstate 75.  This is a small state park with a campground with less than 30 sites.  Most of these are very short and surrounded by trees and tight turns.  On the way south we reserved one of the few large spots and it was an easy in and out.  We decided to stop on the way back and just take a chance. We could get in and  the spot that was available proved to be very tight. Even with our short length we had only about 4 inches clearance from a large tree as we backed into our assigned spot.  There was no way we were going to get the bigger motorhome in there.

This park is situated where the Withlacoochee River joins the Suwannee River on its way to the Gulf of Mexico.  The park also contains Civil War earthworks built to defend against Union gun boats.  Also in the park is one of the oldest cemeteries in Florida.  There are numerous trails to hike or you can just sit and enjoy the river views.
This was also my first chance to practice with a new camera I purchased to take on our Alaska cruise/land tour in a few months.  I admit to getting a bit lazy and do not want to take all my camera gear on this trip and decided the Canon SX50HS would allow me to get the best pictures with the least amount of gear.  It has a 50 optical zoom and a 200 digital zoom.  It also has some new in camera special affects and features I am still learning.  So if some of these pictures look a bit different, it is part of the learning curve.

We will be visiting this park again with our Skinnie Winnie. 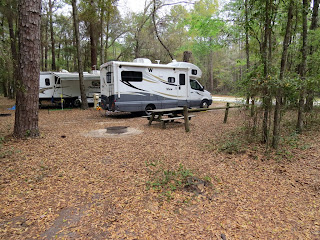 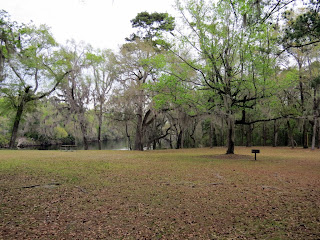 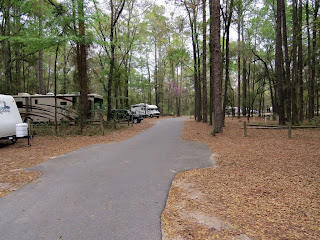 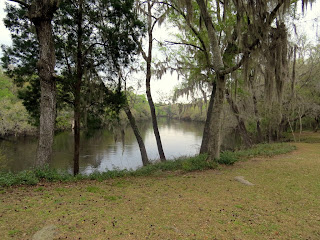 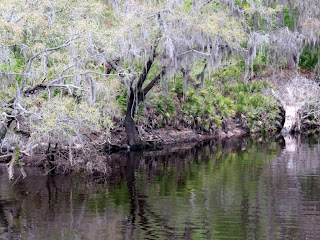 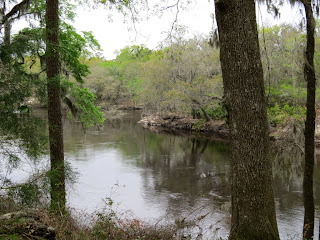 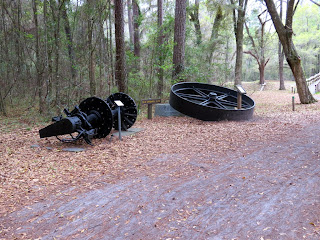 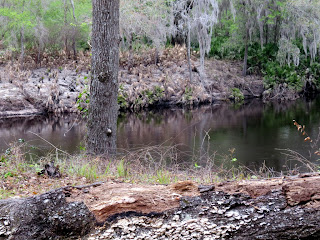 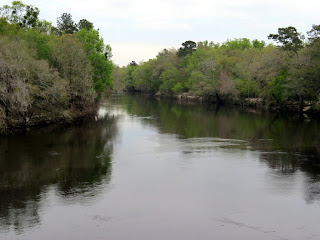 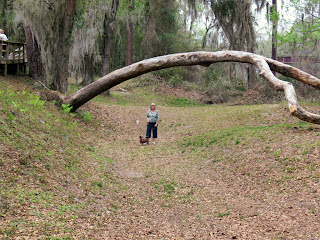 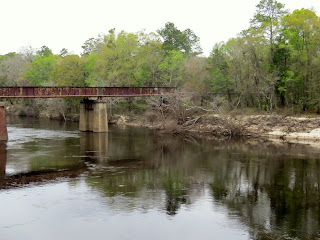 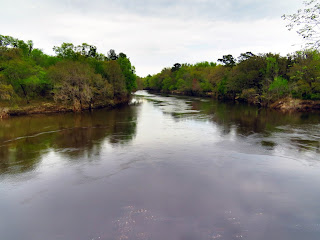 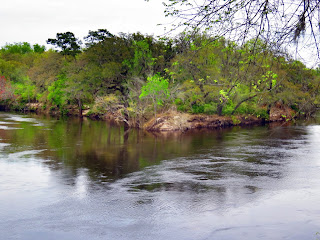 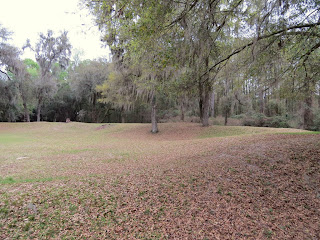 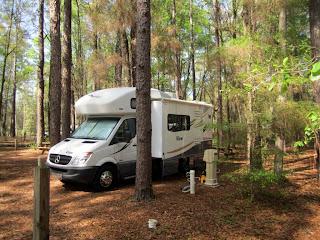 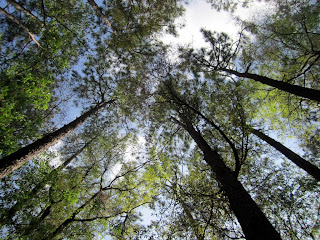 Posted by Chuck and Anneke's RV travels at 12:20 PM

I can almost smell those pine trees. My absolute favourite kind of camping.

Glad to see your Skinny Winnie is a perfect "fit"! :c)

That Winnie sure looks good parked amongst those pine trees! Nice park!

Your pictures are great....especially that one looking up!

Looks like you're going to love that camera!
BTW, thanks for the tip on contacting KLM about our cancelled flight. I didn't have time while we were gone, but am sending off a nice request today. I'll let you know if it pays off :)

Looks like you have found the perfect fit for your travel plans.

Looks like a beautiful new rig! Love the pictures too.

Alaska! Can't wait to return there with you.

Looks like a great campground - love the trees. I really like the picture with the fallen tree making an arch over the road.

Gorgeous campground! There really is an advantage to a smaller rig. I definitely didn't want a real big one. Thank goodness I won and not Terry!

I just love your skinny winnie and envy you the ability to get into smaller sites. I really would love to have a much shorter RV but just don't see how I could full time in it. Guess I'd better look more closely at Suwanee SP. I had hoped to go there on the trip north. Thanks for the heads up. The pictures look great. I think the camera will be wonderful for you.

We still have our old Itasca Class A with a single narrow slide. Fits nearly everywhere, but probably not where you are! We'll be heading off soon for the summer. Nevada, Oregon, Washington, Idaho, Colorado, New Mexico and wherever else we land.

You'll love having the SX50 in Alaska ... and everywhere else, too.

Looks like a lovely park. I have wanted to check out that area ever since I realized the connection to the Swanee River song. Great shots with the new camera!

That looks like a wonderful place to camp. I love the pictures you took. We've even thought about buying a second, smaller, rig to fit into those smaller spaces too. Maybe some day!
Candy

We used to love SRSP and went there a lot in our 32ft MH. I don't think we would fit anymore. Great kayaking there.