Our friend Gary who helped us move our stored stuff to Florida invited us to take part in the annual tugboat race in Detroit, MI.  Gary is friends with the boat owner and he uses this particular tug as a personnel yacht.  It turned out that the tug was built in the Netherlands in 1956 for the Dutch Navy.  It still had much of the original paperwork and ships labels onboard.  When the crew discovered that Anneke was Dutch, she was immediately a very popular person.  She spent quite some time translating documents and ship labels for the crew.

The owner operates a marine company on Lake Erie and his whole family is involved.  There were around 50 people onboard including most of the owner’s family.  They went all out with the food and drinks for this 12 hour plus day on the water.

We boarded the tug Josephine at the company dock in Toledo at 7:00 Am for the trip to Detroit.  The weather was perfect and it was a great day on the water.  We passed by many of the waterfront facilities in Toledo and Detroit that I had dealings with during my working life in the Coast Guard and later working in the commercial marine industry.  It also brought back many great memories of our sailboat days on Lake Erie.

This tugboat race is a fun event but certainly the competitive spirit is strong.  As we assembled in the Detroit River for the start of the race, some of the boats, ours included, did some close aboard bombarding of the other competitors with water balloons.  I barely avoided water damage to my camera several times during these battles.

Finally, the race was ready to start and the competitors lined up abreast of each other for the start.  One of the vessels we had the most water balloon exchanges with lined up very near to us. At the gun, we were off with the close aboard tug constantly veering in towards us.  Our crew held fast and it was a very exciting personnel battle between our vessels.  When you are traveling full out in heavy displacement hulls, there is suction and cushion affect that can cause difficulty with the control of these vessels.  Apparently, the other helmsman was not that familiar with this concept and we had two rather robust collisions.  It would have been a great time to board with grappling lines and swords, but many of our crew was too busy heaving balloons and enjoying beverages.  For myself, I was busy getting lots of pictures, hopefully not for any upcoming admiralty case.

After the race, we made a short port call in Port Windsor, Canada.  They had a celebration going on as the port was one of the sponsors of the race.  We did not have enough time to do any real exploring, but it was a good chance to stretch our legs.

The return trip to Toledo was relaxing and filled with even more food served on deck.  Thanks to Anneke’s translation services, we have already been invited back for next year! 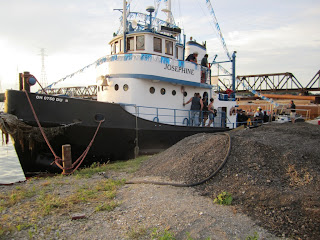 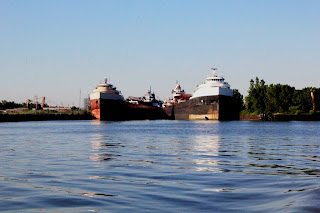 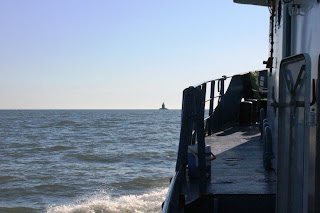 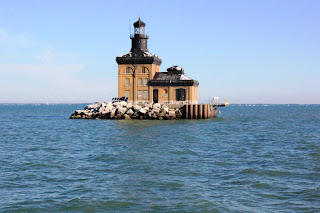 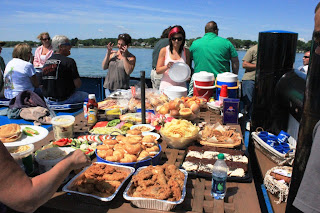 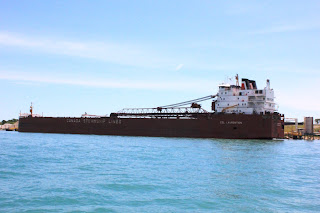 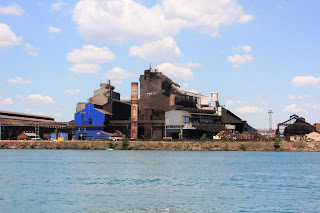 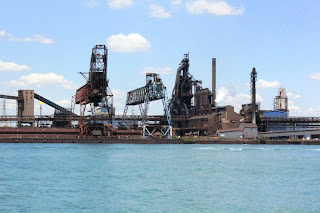 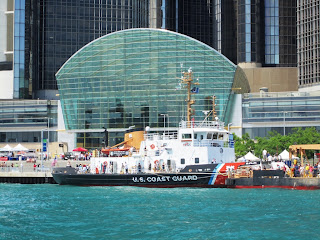 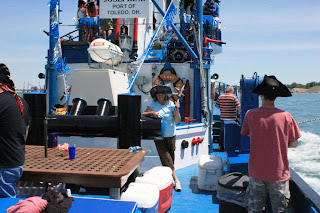 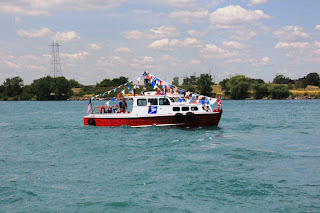 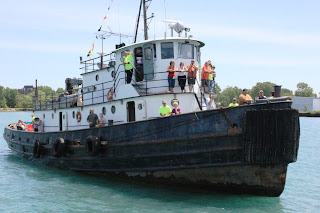 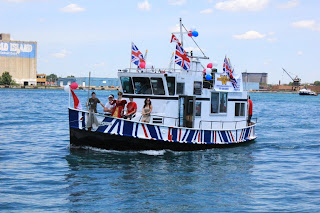 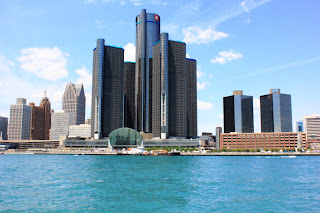 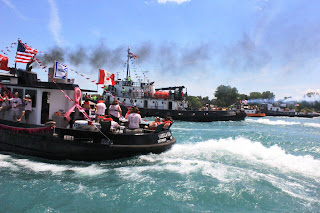 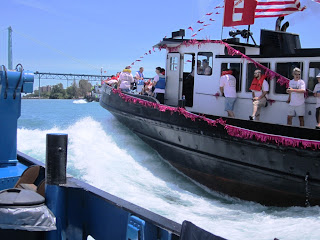 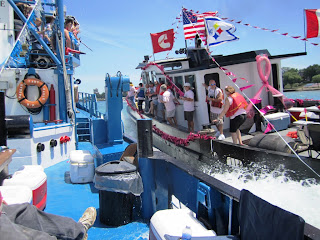 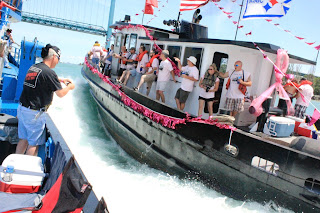 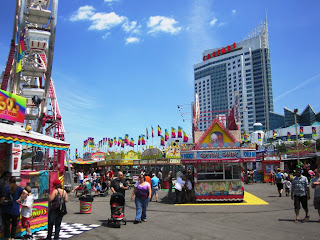 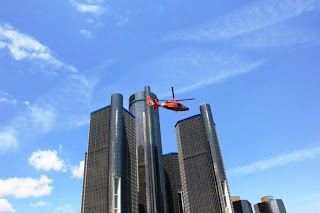 Posted by Chuck and Anneke's RV travels at 8:13 AM

Now that looks like a fun time was had by all!!!

Very interesting. I haven't lived in Cincinnati for years, but I seem to remember tugboat races on the Ohio River now and then.

So your title is your wife's name! :) What a fun experience.

I laughed about the balloon bombardment. Better that than canons. ;-) And playing bumper boats with tugs. Boys and their toys. Good grief! What fun for you all! And how totally smart of you to have a personal translator to get you a re-invite!

obviously a once in a lifetime experience (unless you go back every year). in general who won - latest model w/super efficient engines? or older models w/o emission controls? or was everything "handicapped"? or were there so many "catagories" that every boat was a winner?

Good thing those tug hulls are so robust, eh?

How swell of Anneke to do all that translating, I guess that service more than paid for your fare.

Great pics of the boats side by side in the water! That was some feast too!

How interesting...a tugboat race. Never heard of it.
Photos are wonderful. You sure did have the spread of food! YUMMMMMY!

Isn't that a beautiful area! Yesterday took my oldest Daughter to the Windsor train station just north of the hotel and fair that was going on. The water has such a lovely shade of blue. And HaHa you got to see the pretty side of Detroit.

They should have made Anneke honorary captain for the day! But at least she's special enough for the invite back!!! :) We already knew that tho!!!