Exercise and an invasion 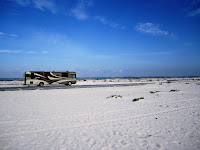 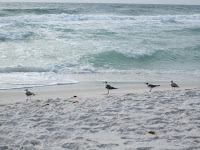 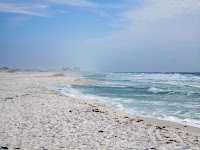 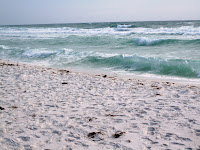 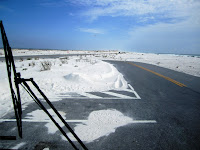 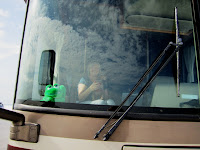 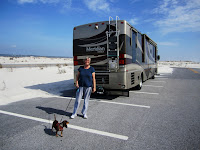 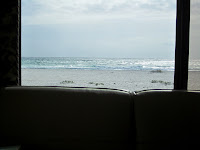 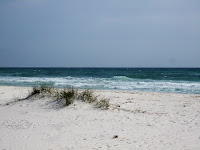 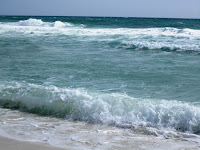 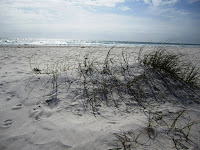 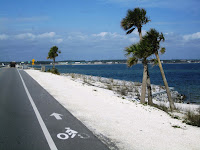 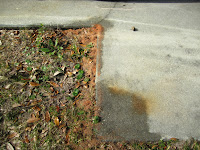 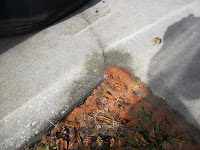 Today, we decided it was time to exercise the motorhome. We have been sitting for 10 weeks with only cycling of the slides, jacks and running of the engine in place. It was definitely time to get all the moving parts into play. Normally, we spend a maximum of two weeks in one place, so there is no need for this kind of program. We headed out to the Gulf Islands National Seashore to enjoy the Gulf views and surf on this windy day. Halley is not allowed on the beach, so she had to be watched closely while she was outside. The last time we were here with Halley, a park ranger stopped us in the parking lot to just remind us that she could not put her paws in the sand.

We were able to enjoy the surf, run the generator and not get a fine for sandy paws. It was a nice few hours underway and lunch with a view.

When we returned I almost immediately had a conversation with one of the ladies in the park who was hobbling around with red and swollen feet. She had a nasty encounter with some red ants and was on the losing end of the meeting. Since I had a similar problem a few years ago in Brooksville, Fl, I immediately checked our campsite. Sure enough there were two fresh ant hills that had not been there yesterday. They certainly looked like the same as in Brooksville.

At the risk of offending those who think all creatures should co-exist, I immediately got out by Home Defense Max strength ant spray and sent at least several hundred ants on their way to their final reward. I have plenty of the stuff left in case I missed any.

All in all an enjoyable day.

Posted by Chuck and Anneke's RV travels at 7:57 PM

Park Rangers have no sense of humor. Neither do you where red ants are concerned... ;c)

Looks like a beautiful day surrounded by beautiful scenery. I find the spray works better than the granules I've been using fer' years.

Such a lovely place to 'exercise' ... I'm with you on the invasion ... protecting the 'home' would have to come before the ants in this case.

What a beautiful beach! Hope the fire ant treatment works!

There aren't many things we hate but those fire ants are #1. I learned that when I get bit I immediately pour full-strength bleach on the bites. The immediately stop itching and burning. It also helps the swelling. I leave it on for a few minutes and then rinse off. Works every time. Hope you got them all!

nice views you have!!..glad you solved the ant issue!

Gulf Islands National Seashore ranks at the top of my favorites list. It's incredibly beautiful, isn't it?

We feel the same about the fire ants as you. The only good one is a dead one!

Fire ants certainly can put a downer on life-the little things are vicious.

Looks like you had a beautiful day. Glad you got rid of the ants!
Candy

Great pics -- makes me want to head for the beach! IMHO, fire ants don't have a useful purpose...good riddance!

Your pictures sure do make me long for the beach!

If these are fire ants you are talking about, they are invasive species. Blow em' up with abandon I say.

Love where you're visiting! We were just there in the fall and could certainly go back!!!

Wow - all that white stuff sure beats all our white stuff! What a lovely spot for lunch. I guess the only thing we have an advantage of right now - no bugs, ants or otherwise... instead we have frostbite - no spray for that!

Sure looks like a beautiful spot you're in - 'cept for the ants, of course!

red ants ughhh...we haven't had any problems with them as of yet!! sugar ants yes..we've treated the rig and outside for them...a camper friend was telling us for fire ant bites..to put WD 40 on them..said it works every time to eliminate the itch and swelling...

I've had "encounters" with red ants before and they are no fun. Spray away!!

LOVE the pictures of that beautiful beach/sand/ocean!!!

We haven't had the opportunity to meet the red ants but we've heard stories. We hear they are out and about here in Texas too so we will be on guard. What a beautiful beach!

We love that area of the country! There are no better beaches than the Florida Gulf Coast!