Denali National Park is certainly one of the main attractions for those visiting Alaska. It is six million acres of wilderness which has only one road that is just over 90 miles long.  Only the first 15 miles can be driven by private vehicles and the rest only by approved buses or special permits.  Exploring from the road you will be able to experience the forest at the lowest elevations and the  tundra at the middle elevations.  Too truly explore the rest of the park including the glaciers and mountains a great deal of extra effort is involved. This park and preserve was not created specifically for the enjoyment of nature by humans, but rather to preserve and protect the animals.  The guide indicated that originally, the park was developed to protect just one animal- the mountain goat.  It, of course, provides a habitat for many other animals that roam free as they would have for centuries before humans started to develop the land.

We took a guided bus tour with an experienced driver and guide who provided a running commentary for the course of the trip.  Like 98% of all of Alaska, it is a wild, beautiful, and dangerous place, if you do not know what you are doing and perhaps even if you do.  I freely admit that I am way past the time I would ever think about hiking into that six million acres to explore on my own. We saw some of the local inhabitants and the great expanses of mother nature.  It is certainly a place that should be seen at least once in person. 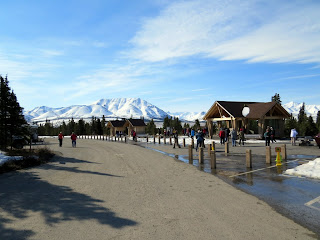 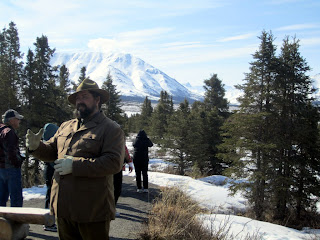 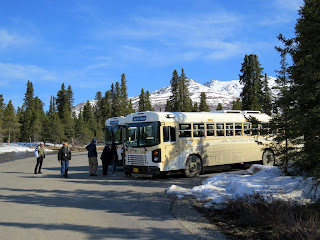 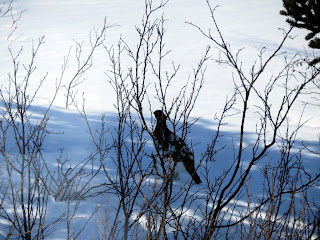 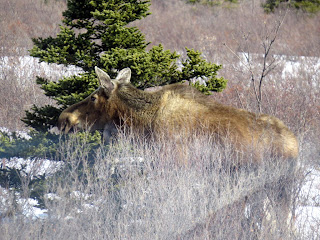 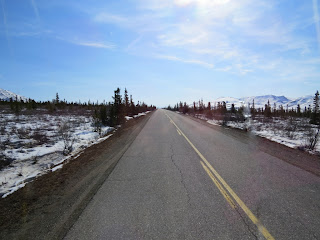 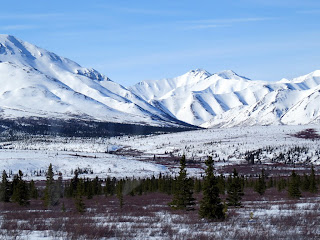 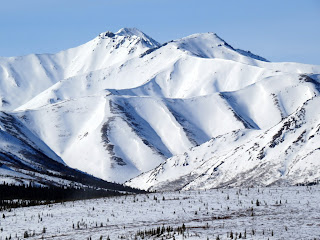 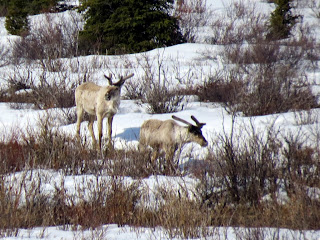 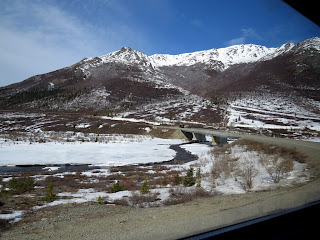 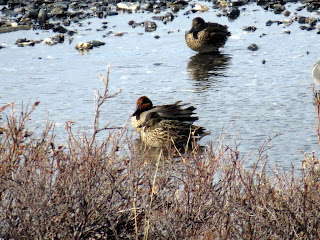 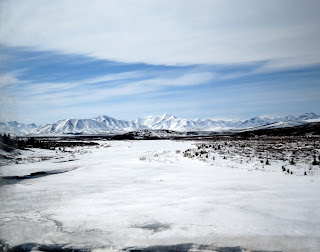 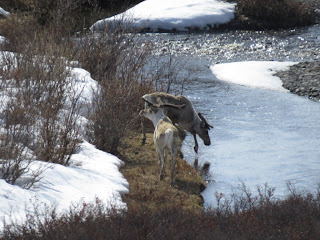 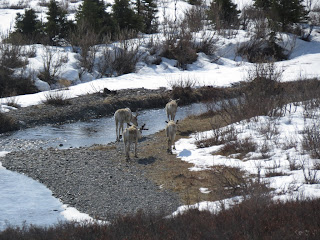 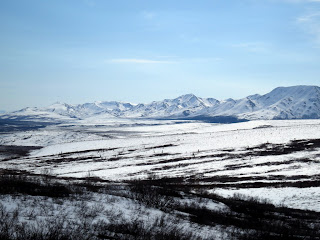 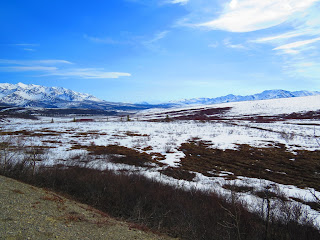 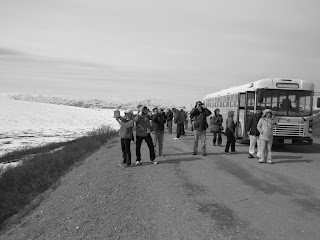 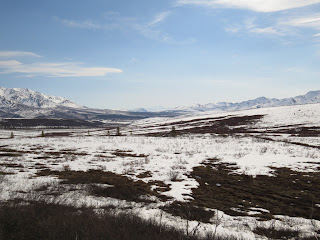 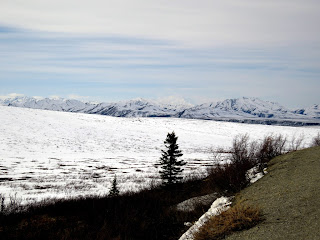 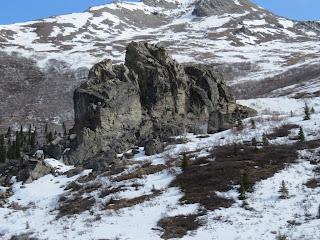 Posted by Chuck and Anneke's RV travels at 5:41 PM

I took the same bus tour, only in August. I think I'd like to do it again like you did with all of the snow. It is surely an awesome place.

I am so envious of your being in a place I have always wanted to go. I love that this is a place not for us but for them. Great pictures. Thanks so much!!

I know we will never get to Alaska. So, thank you so much for all the beautiful photos. What an amazing place. I love the black and white one.

Can't get over how much snow you saw ... Denali looks even more beautiful with the ground frosted. Our CruiseTour took us only into the first 17-20 miles. Hope to someday take the bus all the way out to Mirror Lake ... or maybe we'll get lucky and win a self-drive into the park in the September lottery.

You have some stunning photos. No commentary needed!

Definitely a place on our bucket list. I too love the drama of the landscape with the snow. Looks like you are having a memorable trip.

Stunning. It certainly does look like a bus tour would be the way to go.

I'm with Paul and Marsha - we won't ever get to Alaska so I really appreciate the gorgeous pictures you've posted for us to enjoy.

What beautiful pictures! They really make me want to visit too! It looks like you're having a wonderful time. I'd love to feel that cool air now!
Candy

We've been kicking around doing AK summer of 2015. Looking at your pictures is making us think more seriously about doing it. We want to do it in our RV.

We may also never make it to Alaska so really appreciate your great photos and stories.

fantastic photos! I'm really enjoying the trip (in the safety and comfort of a chair in the sun)!