Alaskan rails and a loss


After literally having our fill of Talkeetna, it was time to board the Alaska Railroad and the scenic rail cars of our cruise lines.  We would be traveling approximately four hours viewing more wild scenery of the outback where a great many Alaskan's choose to live off the grid. Our journey would end at the northern lodge in Denali NP. 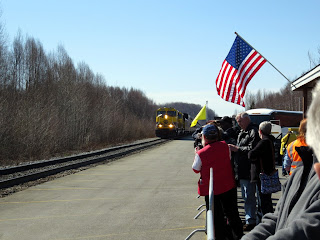 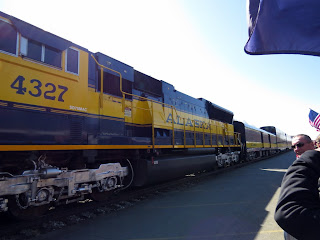 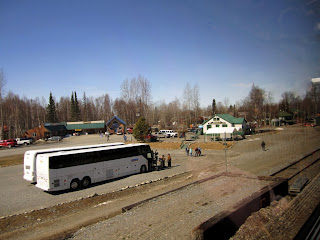 As we watched the train roll into the station, I was checking my phone.  There was an email from Anneke's sister that their 91 year father had passed away.  We had some warning that he was not doing that well after he had fallen and broken his hip a short time earlier.  Fortunately, Anneke had made a decision earlier that she wanted to travel to the Netherlands back in February to visit with him for his 91 birthday and enjoy a week with him while he was still with us rather than wait for a funeral. 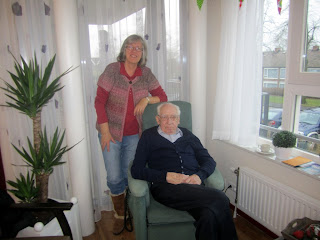 The cruise line rail cars where equipped with second deck viewing seats and a full bar.  Each car had its own dining facility on the first level. It was a very relaxed way to enjoy the scenery.  The train trip reinforced how vast and extremely sparely populated this rugged land is. 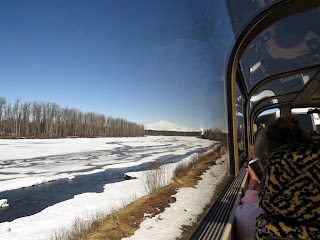 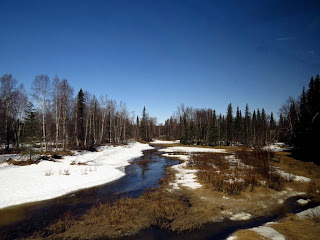 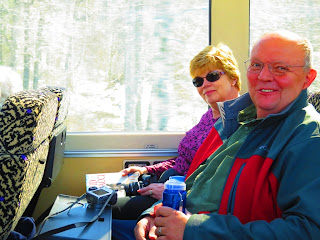 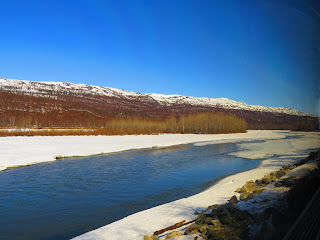 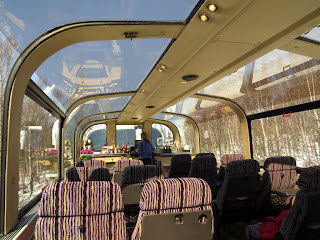 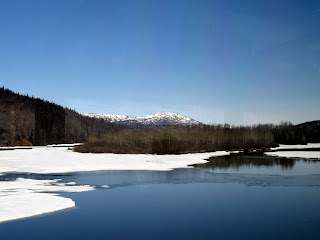 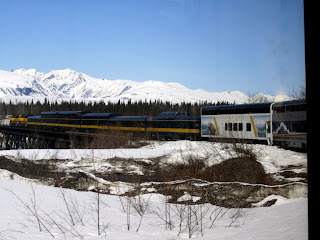 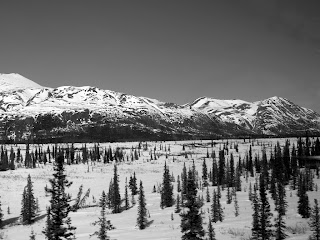 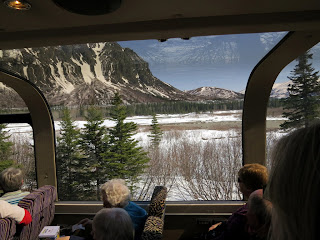 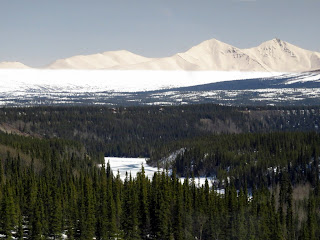 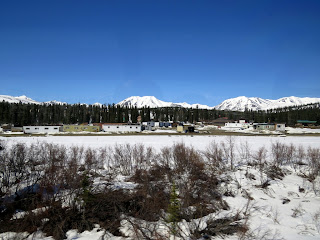 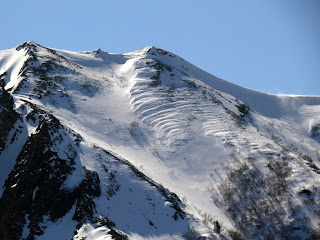 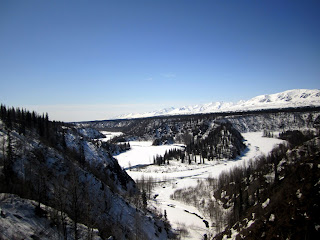 After a relaxing ride, we were welcomed by the staff of the Denali lodge.  From here we would travel the single road into the park to get at least a glimpse of what makes this part world famous.  We also received another reminder of the stubbornness of winter.  Our planned jet boat river rapids adventure had to be cancelled due to the remaining six feet of ice on the river! 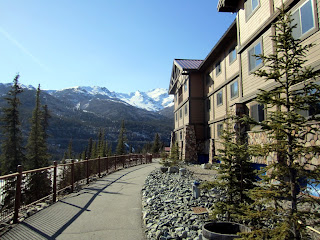 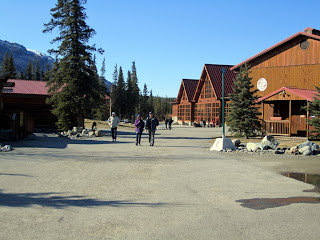 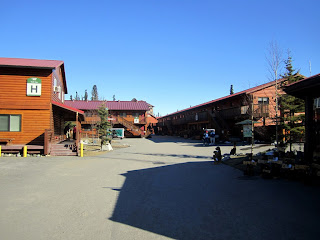 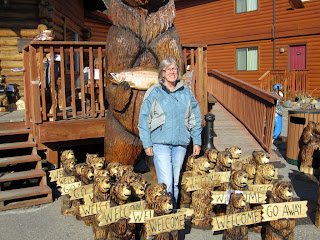 Posted by Chuck and Anneke's RV travels at 7:50 PM

Your photos are great. I think train travel anywhere beats flying or even driving, because you are relaxed and can focus on the scenery.

My condolences to Anneke for her loss. She must feel very glad that she was able to be with him on his last birthday.

beautiful pics. have you read Paul and Helens blog about their RV trek across Alaska a couple of years ago

I am sorry to hear about the loss of Anneke's dad.

That train looks awesome. I love those huge windows.

We are so sorry for your loss, Anneke. I do remember reading about your visit in February. So very happy you got to spend some time with dad. The memories will last a lifetime.

It's hard when a parent dies. But I'm so glad you were able to spend time with him. I was able to spend Christmas with my Dad before he died in March and it leaves me with such good memories. But I do miss him and Mom. Your photos are beautiful. I would love to do that train trip.

Sorry about your loss. That's such a hard time.

Sorry for Anneke's loss. 91 years is a good life. We who have parents who lived to an old age are truly blessed.

Very sorry to hear about the loss of Anneke's Father. I'm betting she is very thankful she made the trip back to the Netherlands to see him a short time ago.

So glad that Anneke went to visit her father for his birthday. My dad turns 93 this year and I know that call will come to me. It's hard to lose a father. My thoughts are with her.

Your pictures of the scenery are fantastic. The train ride looks wonderful. What a great trip you are having.

Great photos and a great trip that you are having.

So sorry to hear of Anneke's loss but glad she had that last visit with him.

Loved you pictures of this vast and beautiful land. I've seen nothing more of Alaska than the inside passage but always hoped to see Denali. Beautiful bald eagle picture.

So very sorry for your loss, Anneke. I think going in February to celebrate his birthday was a wonderful idea that you were both able to enjoy.
Your trip is amazing. Look forward to the next post.

You sure had a whole heck of a lot more snow in May than we did in early June.

Anneke, our very sincere condolences. Though getting the news of your father's passing while you were on the trip would not have been easy, I am sure the memories you made in February were a source of consolation.

So sorry to hear of Anneke's dad's passing. It was smart for her to have visited him on his birthday, a good memory.

Too bad there was so much ice on the river, that sounded like a great way to see Alaska. :c(

Thanks for all the awesome pictures.