The skies around MT McKinley remained nearly clear as we got our first morning look at the mountain.  There were a few interesting cloud patterns that I was able to catch before they disappeared in the bright sunshine.  The natural beauty of Alaska is compelling and the advent of the digital camera has allowed me to go a bit crazy.  I have taken just over 4000 pictures and videos of the entire trip and now must sort through all of those. 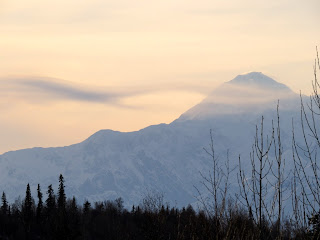 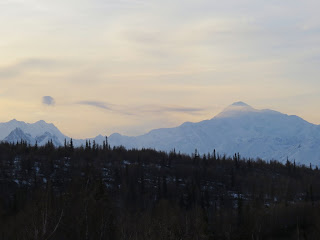 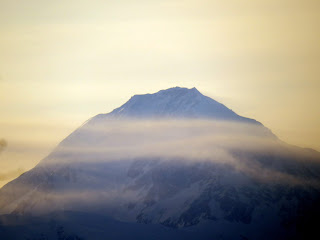 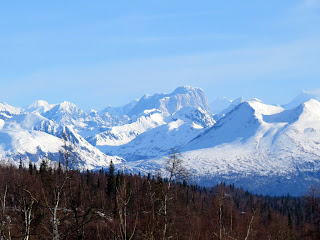 Today is also a travel day as we first head to the town of  Talkeetna.  This town is mostly in the tourist/adventure business.  With less than 900 permanent residents, it is small and informal.  It is primarily known as the jumping off  place for mountain climbers hoping to reach the summit of Mt McKinley. It  has several campgrounds and a depot for the Alaskan Railroad along with a number of Air Charter groups for flights into Denali NP. 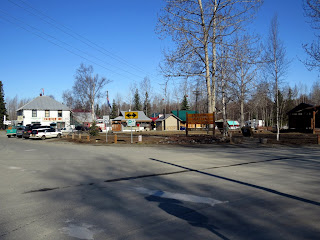 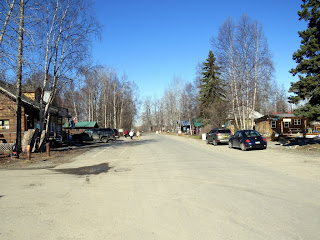 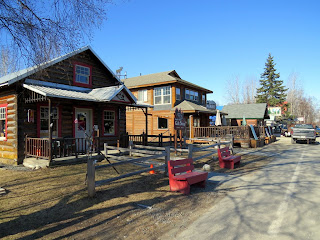 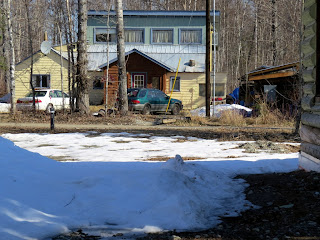 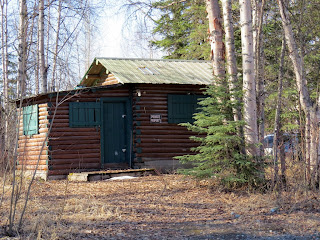 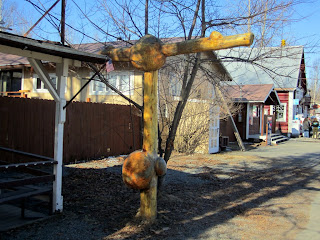 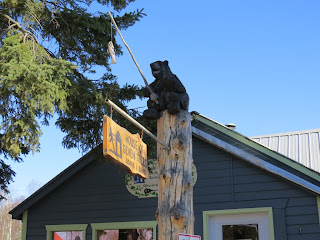 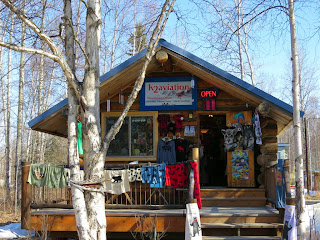 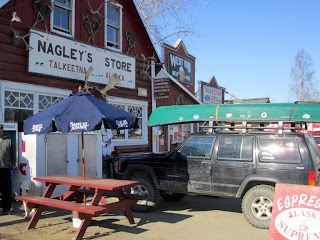 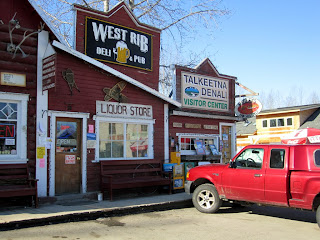 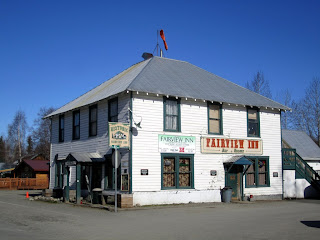 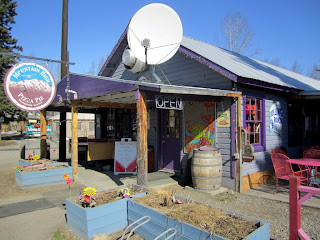 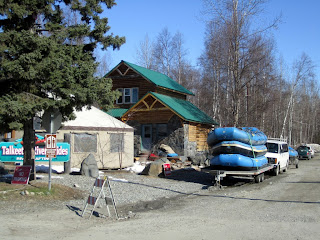 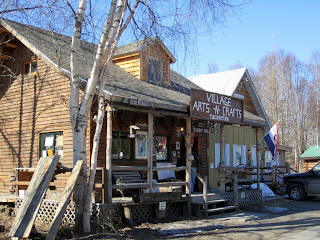 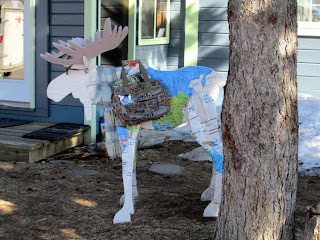 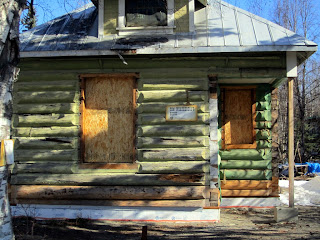 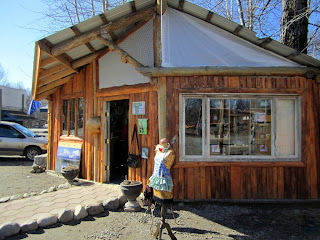 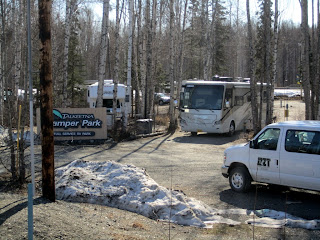 One of the things I found interesting is the generally accepted fact that the town was the model for the TV show "Northern Exposure".  I enjoyed that show but I did not see any physical similarity to this town.  The TV show was actually filmed in Roslyn, Washington.  We had breakfast at the Roadhouse, which has lodging, bakery and cafe.  Finishing the Alaskan size breakfast was a challenge we were happy to meet. The lodge portion has small rooms for climbers to sleep while they make their preparations. 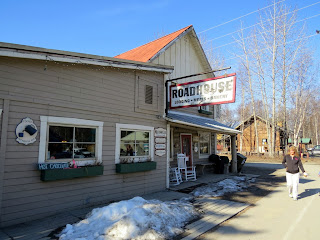 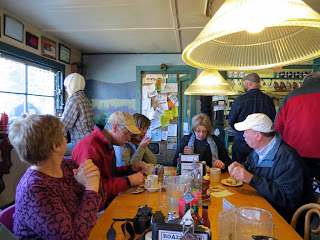 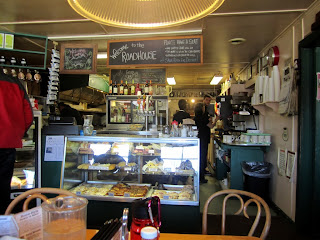 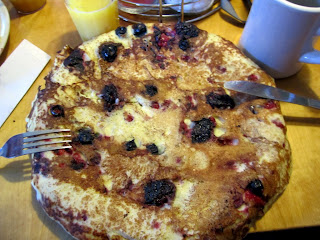 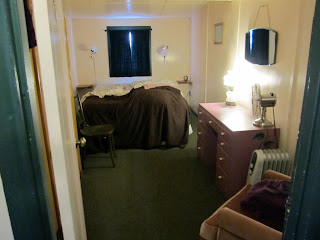 Posted by Chuck and Anneke's RV travels at 9:00 AM

What an awesome trip you two are having. I love looking at your pictures. The campground looks pretty cool with the snow. Enjoy your adventure.

Just awesome. That is all.

I am loving the pictures you are putting in the blog for all to see. Keep sending them. Be safe & have fun!

When we did out pre-Cruise tour with Princess, we were transferred from Denali to Anchorage by train, so we never did get to visit Talkeetna ... thanks for the tour ... and a shot of the Alaska-size breakfast ;-)

The mountain looks stunning in your pictures. The little town does have that VERY far north look about it that reminds one of Northern Exposure. I watch very little TV but I definitely loved Northern Exposure. What wonderful experiences you are having. I sure hope to get up there.

With all the channels available, is there anything as good as Northern Exposure available? I love the pictures and it really makes me want to do my own trip to Alaska, although your blog may be as close as I get.

Awesome pics! What a trip.

That breakfast did look Alaskan sized too.

Alaska is such an interesting place. We were there in 2010 and want to return SO MUCH! Trouble is, there are so many places we've been and so many we want to see again, but Alaska is #1. Glad to see that you're having a great time. If I had 4000 pictures I know I could quickly pare it down to 3890 or so. Safe travels and continue having a fantastic time.

Your trip and photos are awesome. Really liked Northern Exposure.

What a wonderful trip! I love your pictures. Thanks for sharing your adventure. Can't wait for more!
Candy