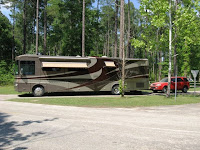 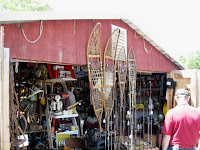 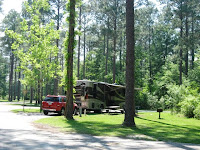 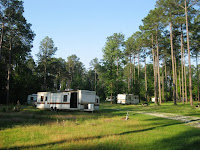 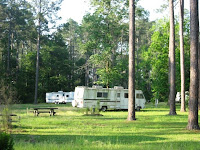 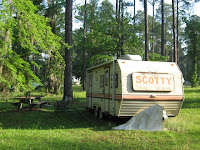 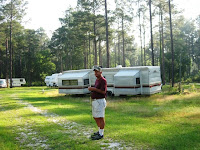 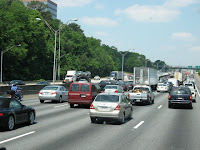 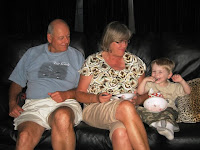 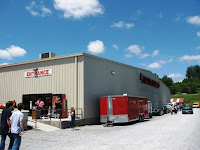 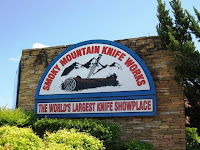 After a short but fun visit with our daughter Heather and husband Ryan, we are heading north again. We made an overnight stop at a very nice state park in Eufaula, AL adjacent to the Eufaula National Wildlife area. The park was nearly empty except for a group there for a bass fishing tournament. Apparently, it is rarely full and I would guess that is why there is one whole camping loop that looks abandoned and is occupied by abandoned campers. We made it part of our hiking trail.

We then headed to the Harvest Moon RV Park near Resaca, GA for a one evening visit with our daughter Gretchen, husband Bo and grandson Aleister. The trip through Atlanta was the usual traffic nightmare. On arrival at the RV park, we experienced our next bit of trouble with the motorhome within two weeks. Our hydraulic jacks started acting up, with the right front one first not going down completely and then having to be manually pushed back up. After consulting our road service provider, it was decided to head to a freightliner service place some thirty miles up the road in the dawn hours of Saturday morning. In the meantime, we did finally get to spend some time with the family and enjoyed being there during another first for Aleister-his first bowl of ice cream that he actually ate. Previously, he thought ice cream was too cold to enjoy.

We headed north before sunrise on Saturday and arrived at Freightliner just as they were opening. At first everything seemed to be going well and we discussed the issues and had the coach moved into the service bay. I had recently read a blog concerning the lifespan of batteries and also asked them, on a whim, to check the engine batteries also. After a short while the service tech found us in the lounge and sheepishly reported that the boss said they were not allowed to work on the jack system since it was installed at the motorhome factory. Did I want them to check the batteries anyways? I replied that I did. I was not really surprised, as I always believed that they would not work on that system, but our on the road service folks assured me that they would.

The battery check showed that indeed the batteries were shot and they also noted that I was very lucky to have gotten four years out of them. The next place that could look at the jacks was a Camping World just a few exits north-the direction we were going anyways. So while waiting for the new batteries to be installed, I was thinking about the relationship between the batteries and the jacks. The power for the jacks is supplied by the engine batteries. Even though the house slides and the engine seemed to work fine, I had this epiphany that the weak batteries might be causing the jack problem.

When the coach was ready, we headed to the camping world parking, so I could be close to service should my experiment fail. Once there I checked the jacks and found them to work normally. So we skipped the service request and headed north to our intended stop near Pigeon Forge and Gatlinburg, TN

So by luck and a little thinking I got the new batteries I needed and did not pay for service on the jacks that I really did not need.

We have been in the Sevierville, TN for a day and a half and cannot believe what a real tourist trap it is. So while in a tourist haven, I guess we will have to do the tourist thing. So far we have visited a large flea market and spend some time today at the Smokey Mountain Knife Works. If you are into knifes this is the place for you.

http://www.smkw.com/webapp/eCommerce/main_front.jsp
Posted by Chuck and Anneke's RV travels at 8:59 PM