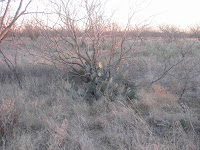 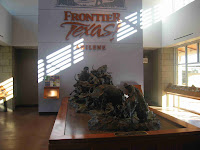 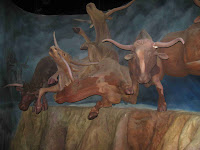 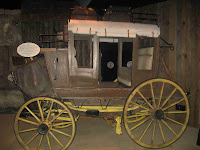 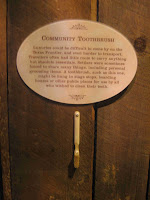 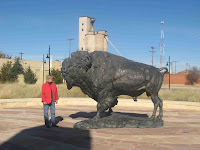 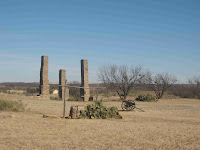 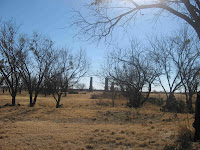 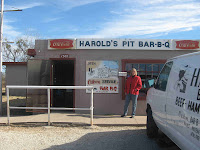 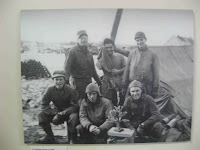 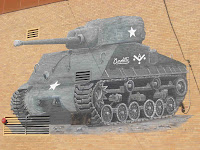 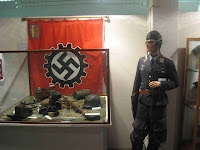 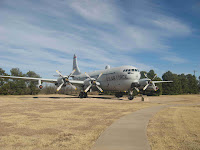 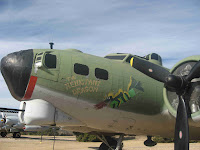 Today we laid over in Abilene, Texas to spend a little time in the heart of the West Texas cowboy frontier. We are camped in the prairie just outside of Abilene, where the stars are very bright without the usual lights of civilization and you could almost imagine that it is 150 years early in time.

This area has had native American living here for at least five hundred generations and for those of us growing up with the cowboy movies of the 1950’s ,we saw a lot of the two most prominent groups on the little screen- The Apache’s and the Comanche’s. As white settlers moved into the area conflicts were inevitable. The history of the westward movement is filled with the epic battles of these groups trying to maintain control over the land.

The area around Abilene first was a center for what proved to be the near destruction of the buffalo herds (estimated at 40 million before the white setters started the slaughter and only thousands afterwards) and then with the railroad arriving, the center for cattle shipment to the east. The destruction of the buffalo seems senseless to us today, but at the time it served two purposes –money for those who provided the hides for the demand in the east for leather and perhaps the less obvious-depriving the native tribes of their vital source of food to maintain the resistance to the white settlers. Like many siege plans, one of the main factors in the tribes finally agreeing to the invaders demands simply was they had no choice-they would have starved otherwise.

We visited the relatively new Frontier Texas museum in Abilene with some interesting multi-media displays and a fairly balanced look back at the history of the Wild West period. It was well worth the visit. We also visited the Phantom Hill Fort site, which was one of a number of army posts located across west Texas to monitor and after the end of the Civil War protect the white settlements and enforce the terms of treaties made with the native tribes. For those with the time and inclination there is also a 450 mile tour that can be made to visit many of these old fort sites.

Also in Abilene is the 12th Armored Division memorial museum remembering the accomplishments of the Army division during WWII. The remaining members of that division started this project in 2001, so that future generations might not forget what sacrifices were made to keep our freedom. Abilene was selected as the location for this project as it was the location of the final training for the division before departing for the war in Europe. It also is worth the visit.

Lastly, we visited the Air Force exhibit called the Linear Air Park which displays aircraft used by the Air Force from the Korean War thru the 1970’s.

One of our goals in traveling is to find one of a kind places to enjoy hopefully good food. As we were returning to Abilene from the range land, we came across an interesting looking restaurant in, shall I say, a rustic part of town. Noting the large number of cars in the lot and on the street, we decided to give it a try. It had very good BBQ and a friendly family style seating system. Perhaps not for the faint of heart, but enjoyable.

Not surprisingly, but still with some disappointment, Abilene does not look anything like a cowboy town from the movies of my childhood.
Posted by Chuck and Anneke's RV travels at 9:07 PM