Some Lewis and Clark history and the first casualty

When Thomas Jefferson became president in March of 1801, he decided that now he had the chance to conduct an expedition to explore the western region of the continent. He believed (hoped) that there was a water route to the Pacific Ocean.  He began planning such an expedition and obtained secret funding from Congress to carry out the trip.  At this time, most of the area they would be exploring belonged to the Spanish, French and English.  The boundary of the United States ended at the Mississippi River.  He selected his former secretary, Meriwether Lewis to lead the expedition.

Lewis immediately began planning the expedition. He invited William Clark, who he had served with in the army, to be co-captain of the expedition. Just before the start of the expedition, the Louisiana territory was purchased from France. This included all of the land from the Gulf coast thru what is now the central United states up to the Canadian border and west to the Pacific Ocean above the Spanish Territory.

The expedition begins on 14 May 1804 from near St Charles, MO.  Sixty miles north on the Missouri River they will leave the last small European village and enter completely unknown territory. This exploration is being conducted as a regular army expedition with all participants at this point being part of the army.

On July 3rd Sgt Floyd falls ill.  On Aug 3rd, 1804, the first council meeting between a native tribe and a representative of the United States government is held near modern day Omaha, NB.  In this council meeting the native tribe is informed of their new great white father far to the east.  They are promised a future of peace and prosperity if they do not make war on whites or other tribes.  Future contacts with the natives were modeled on this meeting.

On Aug 20th, 1804 Sgt Charles Floyd becomes the first fatality of the expedition.  Amazingly enough considering the hardships of the journey, he was to be the only death on the expedition. The most probable cause of death was a ruptured appendix.

This brings us to our stop at the KOA in North Sioux City, SD.  Our first visit here is the Lewis and Clark Interpretive Center in Sioux City, IA. In front of the main building there is a river steam tug boat and exhibits on the river and the expedition.  Here we had a presentation from a lady who has studied the expedition details for over 40 years.  She had great information to share. 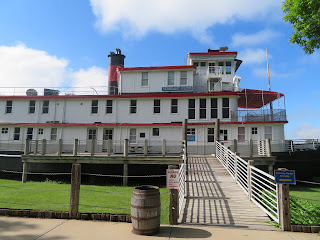 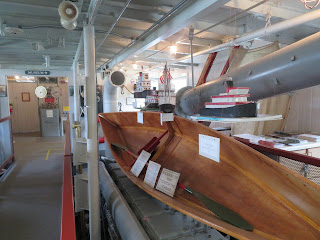 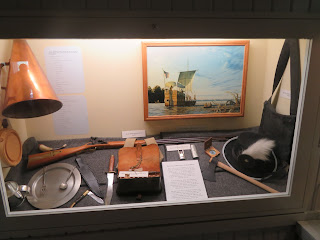 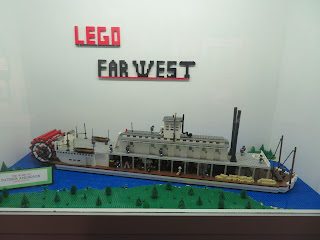 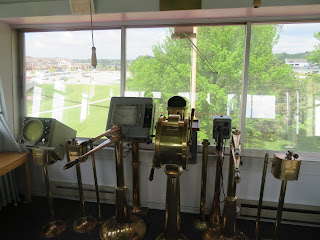 The main building was impressive not only for the expedition displays but for the technology inside and the landscaping and works of art outside.  This included the sculpture of Lewis and Clark with Clark’s Newfoundland dog, “Seaman”. 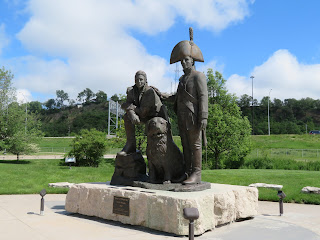 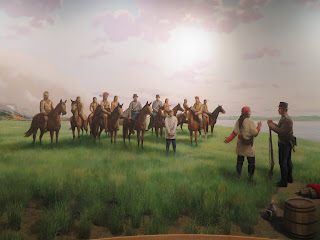 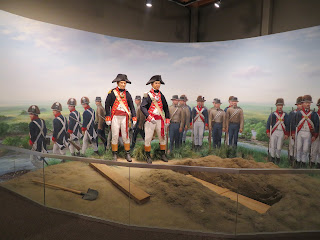 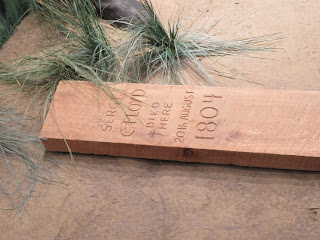 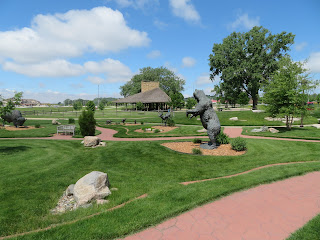 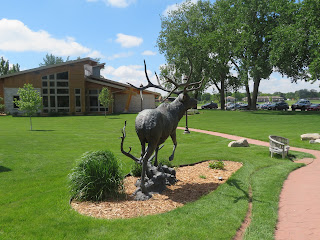 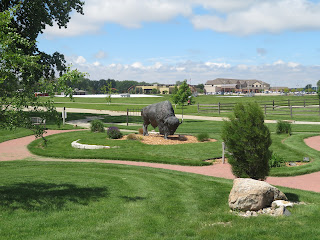 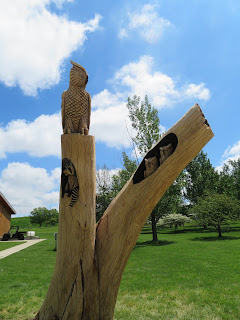 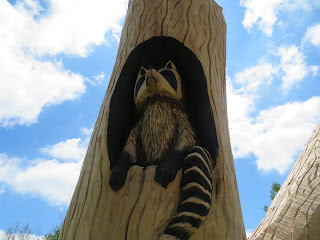 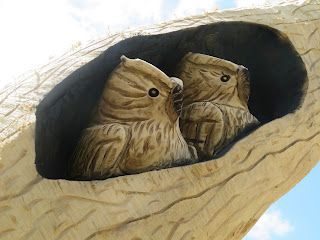 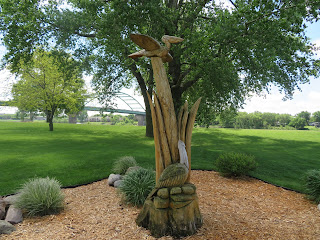