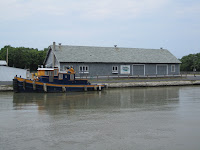 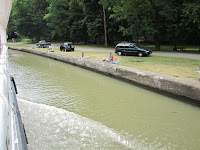 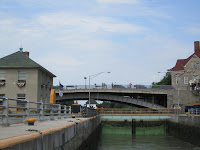 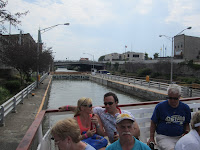 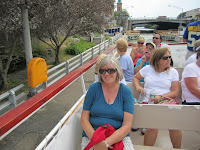 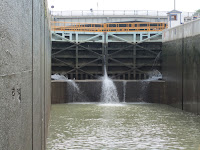 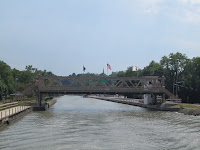 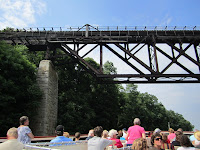 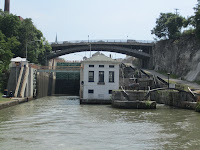 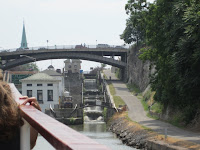 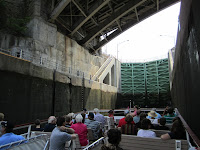 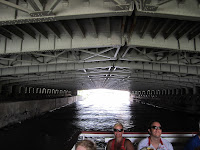 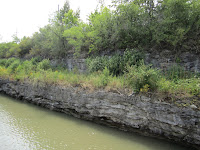 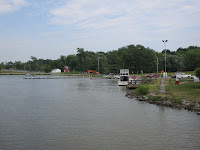 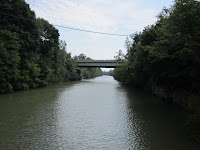 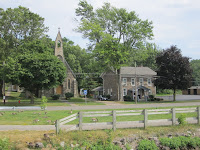 The Erie Canal is one of the sights in New York state that should be on the must see list. It is a bit hard to imagine today, but at the time the canal was completed in 1825, it was considered the eighth wonder of the world. It changed completely the process of western movement of settlers. No longer having to portage around Niagara Falls, the journey west could be completed by water. The canal starts on the Hudson River in the east and connects to Lake Erie in the west. In addition to the westward movement of settlers, it was an important part of the growth of western New York, as well.

I grew up very close to the canal, but honestly never really gave it much thought. Today, the canal is largely used by pleasure craft. Boats from across the great lakes can use the canal to reach the ocean and the world. The canal and finger lakes of New York are, in themselves, a great boating destination. For many boaters, it is their first exposure to locks. In our case, we have spent a lot of time in locks in the Netherlands. They are very busy with large commercial vessels mixing with very small pleasure boats. It can be quite exciting at times.

In the early days, the canal was seen as a major threat to the railroads and there were many methods used by those who opposed the canal to try to limit its commercial success. An example of that is the railroad bridge at Lockport, New York, where the design of the bridge intentionally and unnecessarily used to limit the size of the vessels that could use the canal.

We took a short canal boat tour from the Historic town of Lockport, where you get a good look at the bridge. Lockport took its name from the amazing feat of the time that used a twin set of five locks to raise and lower boats over the Niagara Escarpment. Today one set has been converted to a spillway and the other side has a larger three lock set to make the climb and descent. Lockport is also home to the widest bridge in the USA. When built over the canal is included room for trams in the middle of the bridge. As you pass under the bridge, you can really appreciate the size of it.

Along the waterway, you can still see the marks where the rock was removed for the canal and remnants of the tow path were the boats were pulled along by ox, horses and mules. As you move along the canal you can see homes that were built from those canal stones. In fact, the home I grew up in was built from Erie Canal stones.
Posted by Chuck and Anneke's RV travels at 8:50 AM

We saw the Erie Canal some time last century, took a ride on it in a tour boat. Thanks for the great history lesson about how it threatened the railroads, etc. Aren't we humans weird about protecting our own domain, rather than working to forward progress!

And yet another great reason for us to return to that area and spend more time! Thanks!

That little girl at the top of the blog sure is cute :) She must have wonderful parents :)
Heather

What an interesting post. I've never been east but that looks like something I would enjoy seeing.

Victoria is just adorable and growing so fast. Where does the time go?

We have never seen the Erie Canal and after reading your post it will definitely be on our "to see" list.
Thanks for the great information and super pics.

Another great history lesson and picture tour. Thanks for posting!

Looks like you have a future RVer in the family. Victoria is adorable.

Cool tour, another entry on the "Must See" list.

Just curious, what years were you stationed in the Netherlands?

Kelly is from Spencerport NY & that is the only time I have very briefly seen the Erie canal. Interesting history.

We enjoy canals ... big and small ... have yet to visit the Erie Canal, though, so thanks for the tour.